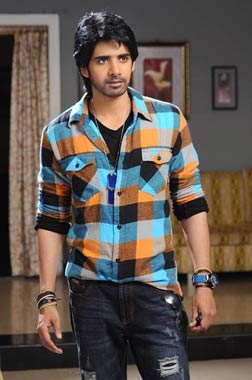 A still from Adda
Adda, a Telugu movie, is not currently screening in Hyderabad.
ADDA REVIEW
Surprisingly, Adda is not one of those "I'll name my film anything I want, and I'll fill it with anything the monkeys want" kind of generic projects. Not entirely. There is actually an Adda in the picture, and the writers have actually tried to write a story. But that doesn't mean they know how to do what they're doing.

Adda is a rather unremarkable film, one that might survive solely because of a lack of competition - namely, movies that are even more unremarkable. And for now, star kid (okay, relative) Sushant might have to wait a little longer for that on.... 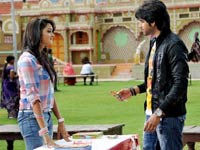 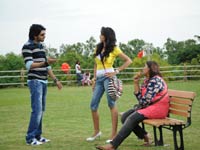 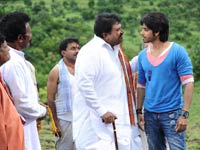 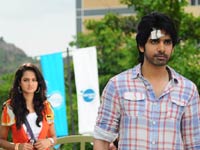 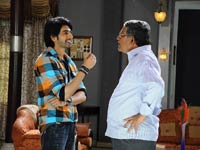 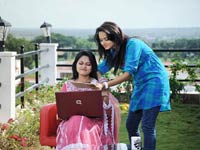 ADVERTISEMENT
This page was tagged for
Adda telugu movie
Adda reviews
release date
Sushant, Shanvi
theatres list
Follow @fullhyderabad
Follow fullhyd.com on
About Hyderabad
The Hyderabad Community
Improve fullhyd.com
More
Our Other Local Guides
Our other sites
© Copyright 1999-2009 LRR Technologies (Hyderabad), Pvt Ltd. All rights reserved. fullhyd, fullhyderabad, Welcome To The Neighbourhood are trademarks of LRR Technologies (Hyderabad) Pvt Ltd. The textual, graphic, audio and audiovisual material in this site is protected by copyright law. You may not copy, distribute, or use this material except as necessary for your personal, non-commercial use. Any trademarks are the properties of their respective owners. More on Hyderabad, India. Jobs in Hyderabad.