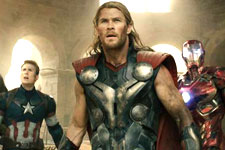 T J Reddy / fullhyd.com
EDITOR RATING
8.0
Performances
Script
Music/Soundtrack
Visuals
8.0
6.0
5.0
7.0
Suggestions
Can watch again
Yes
Good for kids
Yes
Good for dates
Yes
Wait to rent it
No
We have seen more than half a dozen heroes fight side-by-side. We have seen those battles take place on Earth, in space and in the mirror realm. We have seen blue and purple faceless antagonist aliens drop from heavens. We have seen technology developed by The Avengers bring mankind to the brink of extinction time and again. We have heard so much quippy dialogue and seen so many oodles of visual comedy that it has almost ruined this filmmaking technique for years to come. We have seen Easter eggs and teases to future projects in the MCU. We have seen the first Iron Man's template recycled about a dozen times. And most of all, we have been subject to an endless series of Thanos teases.

You'll have more questions and more fan theories, and even though you know some of this movie's proceedings will be retconned soon enough, you can't wait for how those events unfold. Achieving that reaction might be this film's greatest triumph.
Share. Save. Connect.
Tweet
AVENGERS INFINITY WAR (TELUGU) SNAPSHOT 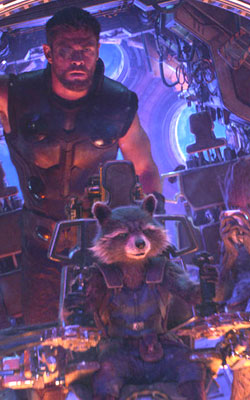 ADVERTISEMENT
This page was tagged for
avengers infinity war watch online telugu
infinity war movie in telugu movie rulz
Avengers infitywar movierulz telugu only
Avengers infinity war hindi movierulz
avengers infinite war movierulz telugu
Follow @fullhyderabad
Follow fullhyd.com on
About Hyderabad
The Hyderabad Community
Improve fullhyd.com
More
Our Other Local Guides
Our other sites
© Copyright 1999-2009 LRR Technologies (Hyderabad), Pvt Ltd. All rights reserved. fullhyd, fullhyderabad, Welcome To The Neighbourhood are trademarks of LRR Technologies (Hyderabad) Pvt Ltd. The textual, graphic, audio and audiovisual material in this site is protected by copyright law. You may not copy, distribute, or use this material except as necessary for your personal, non-commercial use. Any trademarks are the properties of their respective owners. More on Hyderabad, India. Jobs in Hyderabad.