We don't enjoy movies because they are perfect. We enjoy them when some works out so well that we forget (or at least forgive) all that's off.

The reason that scene singularly stands out to me is because of the gender twist on the usual trope of the male gaze and the femme fatale utilising the male gaze. We don't even see that trope as an issue. But when a hero has to deal with the same objectification that is so usual and expected of the heroine, that's subversive gold.

And that's what I loved about the scene. That Nani had to undo his two buttons and he feels embarrassed about it. The entire scene is a hoot because he has to endure what he thought was very okay for the heroine to endure.

Among the things I am socially conscious about, gender equality ranks very high. Possibly because of the strong (even if flawed) women in my family. They are a class apart. As I go further, I worry about caste, education, political and economic justice, and such. Gay rights are quite low on my priority list.

Admittedly, mine is a low bar for representation of gays in cinema. Even so, I can still address your concerns with the scene.

Moving on, the gay character isn't going after every man in his vicinity. He has a thing for the electrician, yes, but he doesn't begin to desire Nani right off the bat. That dynamic occurs only when Nani casually quips "kaani ammayilani evaru premistharu?". Upto that point, Vennela Kishore is the standard snarky bank security employee.

And I am not sure if my memory serves me right, but I believe he doesn't lech after Karthikeya, easily the most attractive person in the entire film. That was such low hanging fruit and letting go of a cheap joke there shows that Vikram Kumar wasn't trying to be cheap.

Of course, I could be wrong. You be the judge.
4
0
See all comments
GANG LEADER (2019) REVIEW
Five wronged women (well, four wronged women and one wronged little cherub) seeking revenge, enlist the services of a plagiaristic writer (Nani). This completely clueless motley group - um, gang - is to find the man responsible for their bereavement and kill him. As far as revenge plots go, this one is standard, but quirky, and begins enjoyably well. In fact, the first yawn sets in only after the two hour mark. Then the yawns start coming in like wedding invitations during Sravana maasam. Indeed, the last half hour had people stretching their limbs like they were warming up for a post-show yog.... 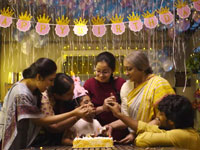 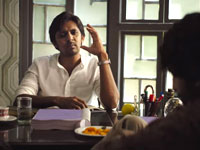 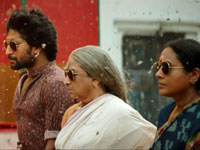 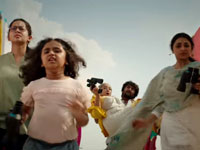 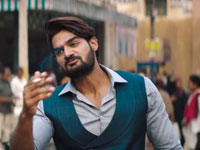 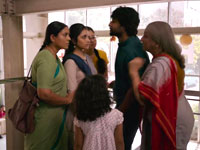 ADVERTISEMENT
This page was tagged for
gang leader 2019 film
Gang Leader 2019 film cast
gang leader cast
Gang Leader 2019 cast heroine
Gang Leader (2019) telugu movie
Follow @fullhyderabad
Follow fullhyd.com on
About Hyderabad
The Hyderabad Community
Improve fullhyd.com
More
Our Other Local Guides
Our other sites
© Copyright 1999-2009 LRR Technologies (Hyderabad), Pvt Ltd. All rights reserved. fullhyd, fullhyderabad, Welcome To The Neighbourhood are trademarks of LRR Technologies (Hyderabad) Pvt Ltd. The textual, graphic, audio and audiovisual material in this site is protected by copyright law. You may not copy, distribute, or use this material except as necessary for your personal, non-commercial use. Any trademarks are the properties of their respective owners. More on Hyderabad, India. Jobs in Hyderabad.