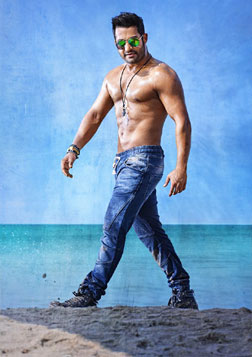 A still from Temper
Temper, a Telugu movie, is not currently screening in Hyderabad.
LATEST COMMENT
The Common Moviegoer on 16th Feb 2015, 12:06am | Permalink
I honestly do not understand the logic behind Ravi Kandala's ratings. He has a peculiar taste in movies - neither is he inclined towards the arty films, nor can he be considered a part of the mass audience. This movie receiving a 6.5 is bizarre to say the least, considering Raghuvaran B.Tech., one of the best movies in recent times, received only a 5.5. Even movies like Manam, Oohalu Gusagusalade, Drushyam and Doosukeltha, which were were entertaining to say the least, recieved 5s and 6s from him.

On the other hand, a movie like Govindudu Andari Vadele, which barely had a semblance of a plot, received a 7! On top of that, the movie was universally panned by almost everyone.

Coming back to my rant regarding this movie receiving a 6.5, this is hands down one of the worst movies that has come out in the last few years. There is no plot, the songs pop up at all the wrong places and the screenplay is plain abysmal. It is sad that actors like Jr. NTR keep hamming it up instead of realizing that subtlety is their forte. His performance in Adhurs being a case in point. This movie also has that manadatory NTR scene where he assumes a humble posture and keeps lapping up all the blame for no fault of his. Lesser we speak about the "twist" and the ensuing "climax", the better. People seem to be shouting at each other instead of acting throughout the movie.

On a side note, how on Earth did this movie receive a U/A when a fun and a relatively lighthearted movie like Pataas received an A?

To sum up, this is not the elusive hit NTR is looking for, Puri Jagannath's Pokiri was a fluke, and this movie is a big crapfest. Stay away if you value your money.

Also, the management at fullhyd.com, if you see this post, please bring back Deepa Garimella, her reviews are the best.
20
2
USER RATING
1.0
See all comments
TEMPER REVIEW
Temper is NTR Jr's big comeback – or so said the director and the producer. The director talked about how you would forget NTR Jr from his previous movies and will see a new NTR. RGV went ballistic a couple of nights ago and tweeted something on the lines of how Sr NTR could learn a few things about acting from Jr NTR. If it were not for this hype, the movie would've probably gone down better.

Temper, like many other cop movies in Tollywood, shows a super-corrupt cop – Daya (NTR Jr). Daya is transferred from Hyderabad to Vizag at the behest of Valther Vasu (Prakash Raj), a .... 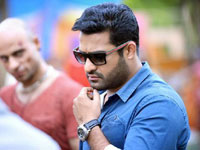 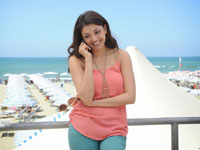 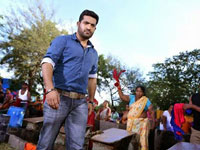 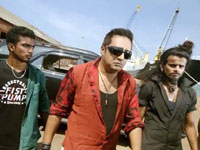 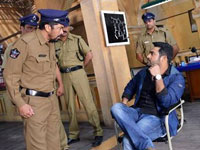 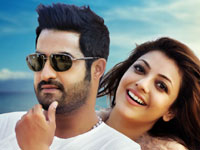 ADVERTISEMENT
This page was tagged for
temper movie music director
temper telugu movie music director
Temper telugu movie
Temper reviews
release date
Follow @fullhyderabad
Follow fullhyd.com on
About Hyderabad
The Hyderabad Community
Improve fullhyd.com
More
Our Other Local Guides
Our other sites
© Copyright 1999-2009 LRR Technologies (Hyderabad), Pvt Ltd. All rights reserved. fullhyd, fullhyderabad, Welcome To The Neighbourhood are trademarks of LRR Technologies (Hyderabad) Pvt Ltd. The textual, graphic, audio and audiovisual material in this site is protected by copyright law. You may not copy, distribute, or use this material except as necessary for your personal, non-commercial use. Any trademarks are the properties of their respective owners. More on Hyderabad, India. Jobs in Hyderabad.