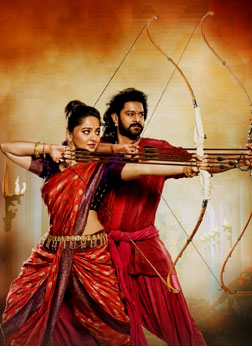 Here we go..its a 3hr movie so its a long review-bear with me!
Do read and comment on the movie as well as review
Ch3rs!

Bahubali 2-is it worth the investment over the last 2 years?

The cliffhanger ending that was Bahubali The Beginning left millions of people world over in shock and awe.
Why did Kattappa kill (Amarendra) Bahubali? And it arguably spawned more memes than the ones discussing Donald Trump's chances as American
President.
While Trump is in office for more than 100 days we had to wait longer to solve the Kattaapaa puzzle.The good news is the wait is over and the bad
news is am not going to reveal in this spoiler-free review!

There is no "Previously on Bahubali (1)" but we are taken through the story thus far in some life size images that depict the key takeaways and
refresh/jog the memory while also bringing us back to the mystical and Utopian Mahishmati Kingdom architecture that captured our hearts in the
first dig. Raja Mata Shivagami (Ramya Krishna) is performing a ritual and it provides the poster-worthy launching pad for our Hero Amarendra
Bahubali with Prabhas at his bicep-showing best. With days left to his coronation as the King of Mahishmati,Shivagami sends Amarendra
undercover(the proverbial kings in disguise of a commoner) to learn about his subjects and who better than our very own Kattapaa (Satya Raj), to
accompany while he teaches his protege the social mores of the emperorship. And its endearing to watch. Forget the hype of the movie forget the
gory of the second half of the first half as we are taken through the lush green majestic vistas of a small province Kunthala where the regal and
majestic damsel, Princess Devasena (Anushka) is introduced to Amarendra. What follows is the fact that Amarendra is more romantic than Mahendra(in
the Beginning)and Devasena miles ahead of Avantika,warts and all. No invisible-man tattoos here but the sheer presence and the subtelty with
which she emotes, Devasena steals Amarendra's hearts while Shivagami is busy looking for a bride for her emperor. A twist in the tale brings Devasena to Mahishmati in shackles and the scenes at the Courtroom are great to watch, the writing here meticulously delves into the fearless Devasena and the authoritative Shivagami. Don't worry, there is no time for Saas-Bahu tales keeping our hero in the soup. Bhallala is crowned the King(watch it on big screen, why?) and he is only like Trump- he got the mandate from some but not the popular vote as the entire populace of Mahishmati roots for Amarendra, who is now the Sainyadhipathi(the Chief of the Armed Forces) and whose sole respnisbility is the protection of the King Bhallala. Bhallala(Rana) finally got what he wanted-the throne of Mahishmati but as popularity rises for Amarendra, time for some
Trump-like executive decisions. He connives with his dad Bijjala Deva(Nasser) and ousts Amarendra from the Kingdom where he moves faster than Rajni in Narasimha(Padayappa) in digging the trenches, irrigating the lands and bringing prosperity to Mahishmati as the common man while Devasena is preoccupied with bringing in the future King(Remember the scene in The Beginning where Shivagami holds aloft the cute but determinedly royal infant, that is Mahendra Bahubali.

That more or less brings to the most important question-why Kattappa killed Bahubali?

Which of course you have to watch on the big screen.So fast forward to present where Mahendra Bahubali is seething with rage and anger to Avenge
his mother for what she has been through for the last 25 year-picking stick after stick(Remember her wisecrack to Kattappa)-which now amounted to
a funeral pyre that can fit a still strong though grey-bearded Bhallala Deva.

SS Rajamouli, the genius behind this magnum opus,said on BBC why India can not have a Superhero of their own and why they should only look upto Spider man or Superman of the West. So here we have the superhero that is Mahendra Bahubali playing David vs Goliath, taking on the mighty army of Mahishmati, bringing the Conclusion through a frenzied finish.

Bahubali The Conclusion is entertaining to watch and maintains the tempo throughout the movie. Praabhas is equally suave and scintillating as Amarendra, be it while riding the odd ox or the elephant or teaching Devasena to shoot with three arrows at once(am not kidding).
The biggest gripe I had with Babubali The Beginnning was how Avantika's role could have been played by Devasena but now its clear why it didn't matter Tamanna (was)wasted in that role as Anushka was earmarked for Devasena's role and who could have played better showing stark individuality, while serenading the viewers and Amarendra alike? She is all grace and talent,not to mention her remarkable beauty. SO thank heavens, stars and all the celstaial bodies Avantika's role(again played by "not-even-a-bit-of-improvement" Tamanna was nothing of note in this part and Devasena was rightly played by Anushka.
Ramya Krishna's biggest onscreen success should arguably be Neelambari in Rajni's Narasimha (Padayappa) but this is no less.She is all grace and poise and the way she carries herself-the reponsibility of Mahishmati Kingdom -the conniving son and husband on one side and the 'Amarendra
rooting' poeople on the other side-is simply superb.
Sataya Raj has some lighter moments and he excels in those in the first half while regaining his serious best in the latter.
Rana looks ominous when it matters-in the climax- and fits the bill to a rampaging Mahendra Bahubali.
Subba Raju as Kumara Varma has an important role and handles quite well.
Nasser as the 'sakuni' of Mahishmati is all action but not sure of the dubbing. Somebody tell him Balla means table in Telugu and Bhalla is not same as Balla. And one dialogue" Nee Amma Kukka vasthundi" when Kattappa arrives at the scene has come out almost as "Nee yamma kukka vasthundi" and there is plenty of daylight between these two.
The director and writer have stuck to their guns and its good to see there were no forced dialogues or agenda driven messages especially when it has Pan-India adulation its easy to get carried away or be influenced to add it make it look more secular democratic and what not.
Kudos to the makers for letting the storyteller tell his story the way he wants to tell it.
SO what next for Bahubali-maybe build a Mahishmati theme village in the new capital Amaravati, bring out Bahubali merchandise?
The buzz created by Bahubali before and after is like na bhutho na bhavishyathi for a Telugu movie if not for an Indian movie and thanks to the fact that it is made in Telugu and dubbed in other languages gives the due credit to all the cast and crew involved. Imagine this being remade in
Bollywood and Raja mouli and Prabhas becoming foot notes in a Salman Bhai starrer. It would have been such a travesty.

If the Begining is all about setting the tone and selling the brochures the Conclusion is about collecting the dividends.
GO get you returns.

PS: One scene that stood out for me is when Bhallala and Bijjala the father-son duo are chatting away a nefarious plot, in the background is a majestic sculpture of a god(dess) and this kinda gives you a glimpse of the throwback that India probably was(at least from the history books) and its stunning to watch.
Keeping this review apolitical let me stop here.
0
3
See all comments
BAAHUBALI 2: THE CONCLUSION REVIEW
When Bahubali: The Beginning was talked up to be giving us a spectacle like we had never seen before, the names it had to reckon with were along the lines of Magadheera, Eega, Okkadu, Devi, Arundhati, Ammoru and the like. True, each of these blockbusters (standing on the gigantic shoulders of Vitthalacharya) broke new ground in their own way, whether in CGI or gigantic sets or fight choreography. We had jaw-dropping fights, incredibly realistic sets, gargantuan water hands delivering children out of ponds, colossal curly cobras and - for the love of everything that's good and sweet - housefly .... 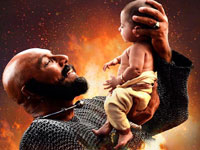 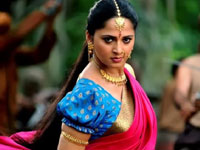 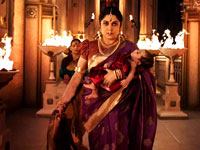 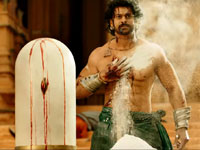 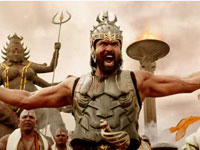 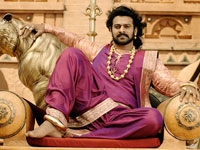 ADVERTISEMENT
This page was tagged for
bhahubali 2 music director
baahubali music director
bahubali movie music director
bahubali music director name
Baahubali 2: The Conclusion telugu movie
Follow @fullhyderabad
Follow fullhyd.com on
About Hyderabad
The Hyderabad Community
Improve fullhyd.com
More
Our Other Local Guides
Our other sites
© Copyright 1999-2009 LRR Technologies (Hyderabad), Pvt Ltd. All rights reserved. fullhyd, fullhyderabad, Welcome To The Neighbourhood are trademarks of LRR Technologies (Hyderabad) Pvt Ltd. The textual, graphic, audio and audiovisual material in this site is protected by copyright law. You may not copy, distribute, or use this material except as necessary for your personal, non-commercial use. Any trademarks are the properties of their respective owners. More on Hyderabad, India. Jobs in Hyderabad.