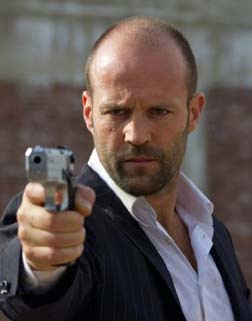 A still from Safe
Safe, an English movie, is not currently screening in Hyderabad.
LATEST COMMENT
AH on 7th May 2012, 9:14am | Permalink
Yakin, an Indie auteur, has chosen to foray into the action genre, and the review is interesting. How does one describe the fact that this movie is being compared to 'Inception', which, by itself, is NOT an action flick, and yes, it was unfortunately inferior to Nolan's own sophomore effort, 'Memento'.
This is one of the best action thrillers to come along (Post-Bourne), and though it has a weak Macguffin at it's core, it still manages to spin it's yarn tightly, with excellent performances all round, esp. from the background characters (staple action movie caricatures) being given ample opportunity to shine. Along the way, it takes it's plot liberally from 'Mercury Rising' (now, that would have been the apt movie to compare this one to), and after a 30-minute setup, ratchets up the action to 100, and keeps it there right until it's apt, maudlin finale. This is a step up for Statham from the disappointing 'Killer Elite' & 'Expendables'.


Pros: Pace, Plot, Performances, Screenplay, Direction.
Cons: Core Macguffin
0
0
USER RATING
8.0
See all comments
SAFE REVIEW
Make some cars chase one another at breakneck speed, add some death-defying stunts, mix in loads of gun-toting men and liberally sprinkle bleeped cuss words - what do you get? The Mission Impossible series, Bond flicks, Die Hard sequels? That is exactly what Boaz Yakin's Safe wants to offer - old wine in a pre-historic bottle. Unfortunately, unlike wine, an oft-repeated script gets worse with age, losing its charm when it hits theatres a 100th time, or maybe, in this case, a zillionth time.

Let's begin at the beginning. The story is about a Chinese wonder-kid Mei (Catherine Chan), w.... 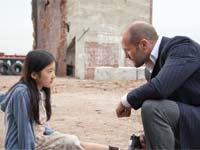 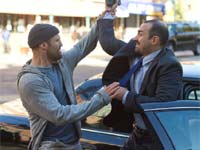 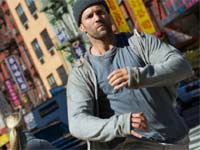 ADVERTISEMENT
This page was tagged for
Safe english movie
Safe reviews
release date
Jason Statham, Catherine Chan
theatres list
Follow @fullhyderabad
Follow fullhyd.com on
About Hyderabad
The Hyderabad Community
Improve fullhyd.com
More
Our Other Local Guides
Our other sites
© Copyright 1999-2009 LRR Technologies (Hyderabad), Pvt Ltd. All rights reserved. fullhyd, fullhyderabad, Welcome To The Neighbourhood are trademarks of LRR Technologies (Hyderabad) Pvt Ltd. The textual, graphic, audio and audiovisual material in this site is protected by copyright law. You may not copy, distribute, or use this material except as necessary for your personal, non-commercial use. Any trademarks are the properties of their respective owners. More on Hyderabad, India. Jobs in Hyderabad.