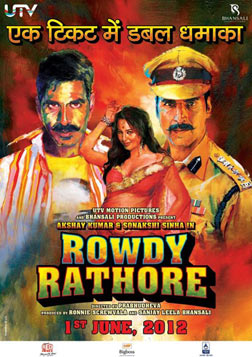 A still from Rowdy Rathore
Rowdy Rathore, a Hindi movie, is not currently screening in Hyderabad.
LATEST COMMENT
singhprashast2011 on 9th Sep 2015, 8:12pm | Permalink
It had been long to see Akshay Kumar in simple action-comedy films.I liked his films, but I wanted to see his real action hero image on screen and that dream came true.Thanks to Prabhudheva for making such an excellent film, that is not only entertaining, but also is the best film in both Prabhu and Akshay's career. I would not say much about the film, as I have already described how much I liked this film. The action scenes are solid , and however , to some extent, I feel that this film is better than the film of which it is a remake , as not only it is entertaining , but also right actors have been chosen for right roles. The one who played Titla really looked like a villain and moreover,all performances were brilliant. The music matches every bit of a scene and gives feelings of thrill, emotion and comedy, at the right places. On the whole, it is a perfect film for action lovers and audiences of all ages, as it provides more entertainment than any other Akshay Kumar film.A must watch for all. Blockbuster Entertainer overall!


Pros: Excellent fights, visual effects, screenplay, performances by every actor, music, powerful dialogues
Cons: None. Just stick to the positives!
1
0
USER RATING
9.0
See all comments
ROWDY RATHORE SYNOPSIS
A remake of the Telugu film Vikramarkudu, Rowdy Rathore is about a conman, Shiva, who is in the habit of hoodwinking everyone he comes across. One day, a little child changes his life forever, and Shiva goes on to protect an entire village from the atrocities of its local goons.
ROWDY RATHORE REVIEW
Keeping in tune with the times, Prabhudeva takes a super hit South movie, Vikramarkudu (Telugu), that has been remade in various languages (including a Bengali version named Bikram Singha: The Lion Is Back!), and presents it to Bollywood as Rowdy Rathore. With a few changes in sensibilities, of course, given the target audience. The movie also marks the return of Akshay Kumar as an action star, after all those comedies, and will go on to become a blockbuster (or so the trade gurus predict).

Rowdy Rathore is pure masala fare - there is an honest cop, a sleazy dictatorial vill.... 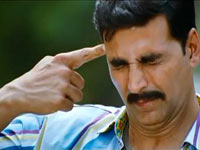 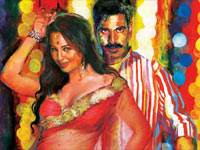 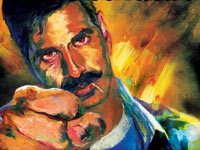 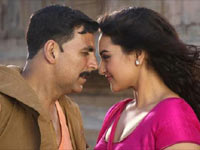 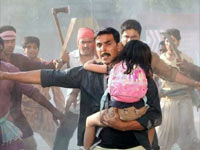 ADVERTISEMENT
This page was tagged for
Rowdy Rathore full movie Akshay Kumar
Rowdy Rathore hindi movie
Rowdy Rathore reviews
release date
Akshay Kumar, Sonakshi Sinha
Follow @fullhyderabad
Follow fullhyd.com on
About Hyderabad
The Hyderabad Community
Improve fullhyd.com
More
Our Other Local Guides
Our other sites
© Copyright 1999-2009 LRR Technologies (Hyderabad), Pvt Ltd. All rights reserved. fullhyd, fullhyderabad, Welcome To The Neighbourhood are trademarks of LRR Technologies (Hyderabad) Pvt Ltd. The textual, graphic, audio and audiovisual material in this site is protected by copyright law. You may not copy, distribute, or use this material except as necessary for your personal, non-commercial use. Any trademarks are the properties of their respective owners. More on Hyderabad, India. Jobs in Hyderabad.