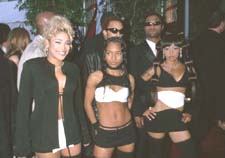 Ajay Bhashyam / fullhyd.com
EDITOR RATING
7.0
Performances
Script
Music/Soundtrack
Visuals
NA
NA
NA
NA
Suggestions
Can watch again
NA
Good for kids
NA
Good for dates
NA
Wait for OTT
NA
This is one of those movies that you just sit back and enjoy. Even if you miss a little of the story, you can always catch up. It doesn't stress your mind too much to follow the storyline, and the jokes don't go over your head.

American Bobby McCain is the young heir to his father's company, which is into the business of building resorts. They are planning to build a new beach resort in Australia, and in order to check out the locals and their response to the idea, the highly motivated and ambitious Bobby goes undercover as an exchange lifeguard.

There he finds that the local lifeguard station is on the land they want. The people there are very nice guys, and once they even save him from drowning. He develops a kind of bond with them, and seeing that they don't want to lose the place, he drops his idea of buying the land. Instead, he wholeheartedly helps them in planning to win the lifeguard championships.

Meanwhile, his father's very young wife (not Bobby's mother) and his right hand man plot against him and take over the company. How Bobby, his father and his newfound friends outwit the bad guys forms the rest of the movie.

I liked the movie for its straightforward storyline and direction. It has all the elements of a typical lazy afternoon movie - there's action in the form of lots of surfing and other competitive sports and there's love and romance when Bobby falls for the owner of the land he wants to buy. There's no graphic nudity like the ads promise, but voyeuristic fantasies are satisfied (the movie is shot on the beach, remember?) - and the girls at quite pretty, too! There is plotting and counterplotting, the bad guys eat mud while the good guys win, and all's well that ends well. Elliott Gould's acting as an American feeling out of place in Australia is quite good.

The only detrimental factors to the future of this movie in town are the facts that the movie itself is an old one and thus the print isn't very good, and that it is showing in an absolutely crappy theater! On the whole, it's a watchable movie, but more so on TV!
Share. Save. Connect.
Tweet
HOT CHILLI SNAPSHOT

ADVERTISEMENT
This page was tagged for
Hot Chilli english movie
Hot Chilli reviews
release date
Christopher Atkins, Julian McMahon
theatres list
Follow @fullhyderabad
Follow fullhyd.com on
About Hyderabad
The Hyderabad Community
Improve fullhyd.com
More
Our Other Local Guides
Our other sites
© Copyright 1999-2009 LRR Technologies (Hyderabad), Pvt Ltd. All rights reserved. fullhyd, fullhyderabad, Welcome To The Neighbourhood are trademarks of LRR Technologies (Hyderabad) Pvt Ltd. The textual, graphic, audio and audiovisual material in this site is protected by copyright law. You may not copy, distribute, or use this material except as necessary for your personal, non-commercial use. Any trademarks are the properties of their respective owners. More on Hyderabad, India. Jobs in Hyderabad.