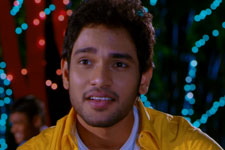 Kritika Deval / fullhyd.com
EDITOR RATING
2.0
Performances
Script
Music/Soundtrack
Visuals
4.0
3.5
2.5
3.0
Suggestions
Can watch again
No
Good for kids
No
Good for dates
No
Wait to rent it
No
This writer is a media student. Therefore, it stands to reason that this writer understands just how monumental the smallest of cinematic efforts is. Therefore, this writer is reasonably baffled at all this effort being poured again and again and yet again into the cauldron of salubrious hormones and their effects, thereof, in ways that are decidedly insalubrious.

This writer is also curious about whatever personal experiences these writers have had to lead them to the obviously firm belief that no one under the age of 30 bases decisions on anything other than prurience.

Oh Lord. This is getting rather convoluted, isn't it? The thing is, we're trying very hard to keep our mind off of certain bile-inducing scenes involving a glass of orange juice, the hero's (Shiva Harish) beard, and the heroine's (Tanusha) tongue (we'll be right back after the urge to hurl has passed).

Story first. Shiva works for a software company, is rich, and believes that women should be treated with respect. So much so that the first time he falls completely head over heels in love with a nice level-headed girl, he decides to take the advice of his roommate, who ends said advice with his reason for marrying an ignorant girl from his village - "Dani ki illu, bhartha, pillalu thappichchi emi thelidu ra!", he yells, adding, with great authority, "Idi mana sampradayam. Idi lekapothe emi lenatte."

The advice? All the time the couple has spent together actually finding out about each other as normal people notwithstanding, our hero is to show our heroine a good time around town, lure her back to his apartment, and see whether or not she is equally willing to show him a good time of an entirely different variety. So, after an interminable hour, all of this happens, followed by the aforementioned incident involving (barf!) orange juice, a song and some making out (double barf!).

There are two possibilities hereafter:

A] The hero thanks his stars at finding someone honest about her emotions to spend the rest of his life. He also realizes that taking the advice of someone he accompanied on the trip to the doctor for an HIV test might not be the wisest course of action, especially with regard to love and its vagaries.

B] The hero throws the girl out of his house, having found her out for the deceitful wench that she is. How dare she get physical with someone she trusts, someone who obviously cares about her and has shown a decided interest towards making the whole thing permanent?

You may choose the correct answer. The basis of what is correct may change from time to time, and the winner gets a ticket to this film.

We've seen short films by fledgling directors that have better production values than Present Love, and the music, which isn't quite bad, is made utterly unbearable by disturbing visuals.

There are two reasons to watch Present Love:

A] You're doing a thesis on why all these directors seem to think that sex (above all other factors including but not limited to - career, family, education, ambition, love, and friendship) is the deciding factor of life.

B] You've won the above contest. In which case, you may thank us. Or perhaps not.
Share. Save. Connect.
Tweet
PRESENT LOVE SNAPSHOT 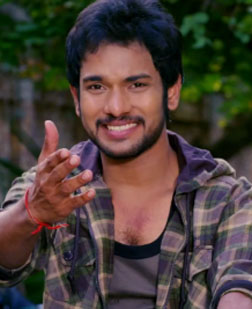 ADVERTISEMENT
This page was tagged for
present love telugu movie review
preseny love movie story
Present Love telugu movie
Present Love reviews
release date
Follow @fullhyderabad
Follow fullhyd.com on
About Hyderabad
The Hyderabad Community
Improve fullhyd.com
More
Our Other Local Guides
Our other sites
© Copyright 1999-2009 LRR Technologies (Hyderabad), Pvt Ltd. All rights reserved. fullhyd, fullhyderabad, Welcome To The Neighbourhood are trademarks of LRR Technologies (Hyderabad) Pvt Ltd. The textual, graphic, audio and audiovisual material in this site is protected by copyright law. You may not copy, distribute, or use this material except as necessary for your personal, non-commercial use. Any trademarks are the properties of their respective owners. More on Hyderabad, India. Jobs in Hyderabad.