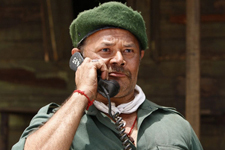 Kritika Deval / fullhyd.com
EDITOR RATING
6.0
Performances
Script
Music/Soundtrack
Visuals
7.0
5.0
6.0
6.5
Suggestions
Can watch again
No
Good for kids
No
Good for dates
No
Wait for OTT
Yes
To ignore that there are two sides to every war is easy to do when the voices of hate are drowning out your attempt at logic. In that sense, Kya Dilli Kya Lahore fills a very necessary niche as it talks about two refugee soldiers fighting against their countries of origin.

The year is 1958, and a cross-fire on the Indo-Pak border leaves only two survivors - Rehmat Ali (Vijay Raaz) who lived in Delhi and is now a displaced refugee in Lahore, and Samarth Prathap Shastri (Manu Rishi Chadha) who is in a similar but vice versa situation.

The two are caught in a cat-and-mouse game wherein Rehmat is trying to get his hands on documents that are thought to contain details of a path being dug from Delhi to Lahore. Samarth is only the cook, though, and doesn't have much of an idea of what these documents even look like. His only option is to play by his wits, and the whole thing quickly turns into a bizarrely juvenile game of tag, but where the end is death.

Rehmat, who is camped out behind a few sacks of grain, is trying to reason with Samarth about why the other guy should just give him the documents, and thus begins a conversation that only ends at the end, as the two tentatively try for truce, only to have it shattered by reminders from the outside as to why they were on opposite sides in the first place.

As was mentioned earlier, this kind of movie that delves into the microcosm of the battles that happen within a war is necessary today, when wars are being waged literally for no reason. Raaz and Manu Rishi being the only two with fully developed characters in the film, must carry the entire burden, and carry it they do.

The film is being hefted not only by only two actors, but also mostly on the dialogue between the two, which is often nuanced, and talks clearly yet craftily on the havoc wrecked by the partition on the populace of India and Pakistan, and especially on those who had to give up on their homes to choose sides. Rehmat talks over and over about India's hunger for "siyaasat", while Samarth harps on about the bodies sent back in truckloads from Pakistan.

But, we can see that this layer of prejudicial scab over recent emotional wounds is being healed by their connection over familiar places, childhood anecdotes, and the similar situations they face in their "new" countries despite having given up everything they ever knew to be part of those nations. Samarth faces contempt in the Indian army over the fact that he lived in Lahore, while Rehmat is considered dispensable by Pakistani officers.

Despite all of these layers, there is something tedious, and almost hilarious about the way the two men deal with each other. Because of the lack of activity, the only way we know they are feeling something is when they say it. And, when they actually do something, it is more often than not contradictory to what they say. That is how war works, and that is perhaps what Raaz (who is also the film's director) is probably trying to show on a micro level, but it makes it very difficult to get to know the characters on a deeper level, which is entirely essential to a plot constructed like this.

Also, the whole project has a dated feel, as opposed to being just true to the era. This, again, was probably necessary, but doesn't quite work in the film's favour. The prose is as unwieldy as it is evocative, showing Gulzar's stamp quite clearly, but those born after the '60s may simply not be able to identify with those sensibilities.

The music blends well into the plot. The camera work is magnificent for the most part. The editing could've been a tad tighter.

Kya Dilli Kya Lahore isn't going to blow your mind with its new take on India's rawest nerve, but you won't be disappointed with what you get if you stick around.
Share. Save. Connect.
Tweet
KYA DILLI KYA LAHORE SNAPSHOT 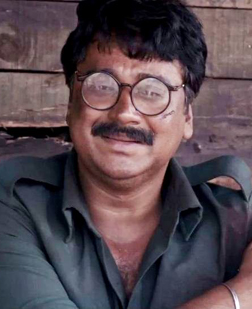 ADVERTISEMENT
This page was tagged for
Kya Dilli Kya Lahore hindi movie
Kya Dilli Kya Lahore reviews
release date
Vijay Raaz, Manu Rishi Chadha
theatres list
Follow @fullhyderabad
Follow fullhyd.com on
About Hyderabad
The Hyderabad Community
Improve fullhyd.com
More
Our Other Local Guides
Our other sites
© Copyright 1999-2009 LRR Technologies (Hyderabad), Pvt Ltd. All rights reserved. fullhyd, fullhyderabad, Welcome To The Neighbourhood are trademarks of LRR Technologies (Hyderabad) Pvt Ltd. The textual, graphic, audio and audiovisual material in this site is protected by copyright law. You may not copy, distribute, or use this material except as necessary for your personal, non-commercial use. Any trademarks are the properties of their respective owners. More on Hyderabad, India. Jobs in Hyderabad.