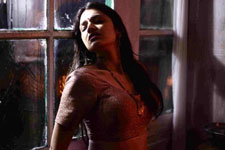 Nupur Barua / fullhyd.com
EDITOR RATING
6.0
Performances
Script
Music/Soundtrack
Visuals
7.0
5.0
6.0
7.0
Suggestions
Can watch again
Yes
Good for kids
No
Good for dates
Yes
Wait for OTT
No
The fact that the multiplex audiences are now given access to pornography (albeit soft) says a lot about how far movies have come in India. Of course, Mastram is not a random pornographic film, or even a pornographic film per se; the movie brings to the silver screen the semi-fictitious character whom every man, young and old, adored and admired in the 1980s - a man who brought one's deepest fantasies to thousands of readers. And that helps in the distribution across theatres.

There has been the dispute over whether Mastram was one man or several, but since the movie follows one person, let us presume that he was the only genius to bring sex to the sex-starved masses, in the form of graphically described stories. Rajaram (Rahul Bagga) is a struggling writer, who lives somewhere in Himachal Pradesh. He earns his daily bread as a bank officer, and the only novel he has ever managed to publish is a disaster. Apparently, his story has no masala, and this is the age of the masala films, which is why publishers require similar literature.

After constant ridicule over his failure, Rajaram picks a pseudonym, Mastram, under which he writes erotica. Since this is the pre-internet era, the genre is limited to a few smutty magazines and some really bad writing. Mastram's work not only has a proper narrative, it also has experiences that the small town men can only dream of. He delves into his immediate environment for the characters, and starts churning out page-turners that slowly make him very popular with all ages of men - from teenagers to army officers.

Rajaram wanted to be a great writer, and he attains his goal, even if not perhaps in the way that he wanted originally wanted to. He is not bothered by it, however, because he does not think there is anything wrong with it.

Although Mastram as its topic makes this a movie for adults, there is not much in the film that will corrupt young eyes - it is surprisingly pretty chaste. The discussion of sex in a small society is another theme that the movie explores - over and over again, thoigh, and this may get a bit repetitive. What is interesting is the hypocrisy portrayed in the India of the 1980s.

As the middle class psyche is explored, certain incidents that are apparently common to middle class people are depicted, but there is a slight OTT behaviour in certain characters. By the time the second half of the movie begins, the screenplay shifts to the idea that Mastram is a necessity for most Indians, and that avoiding conversations on sex, in polite society or otherwise, does not make sense. These novels by Mastram bring joy to the reader, and that is exactly how it should be. This shift in narrative can get a bit difficult to follow, though.

As expected, the dialogues are witty, and the humour in the tone of the narration is effective. Some of the sequences are very conveniently placed. The script tries its best not to be preachy, which makes it an entertaining watch.

Rahul Bagga as the sullen Rajaram/Mastram is a treat to watch, especially when the content of the scene is rich. In most such sequences, he shines with understated confidence, though in the rest, he can look lost. Kapil Dubey is effective, and Tara-Alisha Berry as the young wife is vivacious and fun.

Given that the setting is Manali, the production design is flawless. The costumes, mostly woollens, are well-researched, too. The music is average, and the editing is the hero - the movie is less than 100 minutes in length.

Mastram is an important movie, and one that makes especially nostalgic, those who lived in a constant state of ecstasy, literally, thanks to the writer. It is also a comment on our history, literature and society. Do not miss it, but do not expect a very cohesive story either.
Share. Save. Connect.
Tweet
MASTRAM SNAPSHOT 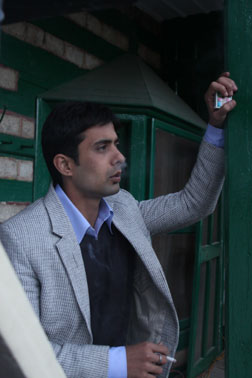 ADVERTISEMENT
This page was tagged for
mastram movie all actress real name
mastram movie
Mastram hindi movie
Mastram reviews
release date
Follow @fullhyderabad
Follow fullhyd.com on
About Hyderabad
The Hyderabad Community
Improve fullhyd.com
More
Our Other Local Guides
Our other sites
© Copyright 1999-2009 LRR Technologies (Hyderabad), Pvt Ltd. All rights reserved. fullhyd, fullhyderabad, Welcome To The Neighbourhood are trademarks of LRR Technologies (Hyderabad) Pvt Ltd. The textual, graphic, audio and audiovisual material in this site is protected by copyright law. You may not copy, distribute, or use this material except as necessary for your personal, non-commercial use. Any trademarks are the properties of their respective owners. More on Hyderabad, India. Jobs in Hyderabad.