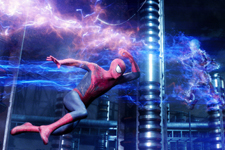 Nupur Barua / fullhyd.com
EDITOR RATING
7.0
Performances
Script
Music/Soundtrack
Visuals
8.0
6.0
6.0
8.0
Suggestions
Can watch again
Yes
Good for kids
Yes
Good for dates
Yes
Wait to rent it
No
It cannot be a twist of fate that the person who directs a movie about a man who can spin webs, literally, is named Marc Webb. It must be some cosmic destiny that led him to this destination, and whether it is his name or some inherent talent, Marc Webb understands the superhero, Spider-Man, if The Amazing Spider-Man and The Amazing Spider-Man 2 are anything to go by. With the release of the 2nd of 4 films, Webb proves that he is here to stay, and that he will now forever remain etched in our minds as the guy who gave a new lease of life to the otherwise not-so-heroic superhero.

The Amazing Spider-Man 2 is a must watch for fans of the genre, and with the twist in the end, the forthcoming sequels will have plenty of new action and events, obviously. Now that the past and the present are sorted for Peter Parker, the future remains a mystery, and that is enough to whet your appetite for the return of the superhero. Do not expect intensity, and you will enjoy Marc Webb's latest offering.
Share. Save. Connect.
Tweet
THE AMAZING SPIDERMAN 2 SNAPSHOT 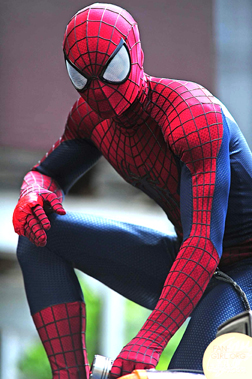 ADVERTISEMENT
This page was tagged for
The Amazing Spiderman 2 english movie
The Amazing Spiderman 2 reviews
release date
Andrew Garfield, Emma Stone
theatres list
Follow @fullhyderabad
Follow fullhyd.com on
About Hyderabad
The Hyderabad Community
Improve fullhyd.com
More
Our Other Local Guides
Our other sites
© Copyright 1999-2009 LRR Technologies (Hyderabad), Pvt Ltd. All rights reserved. fullhyd, fullhyderabad, Welcome To The Neighbourhood are trademarks of LRR Technologies (Hyderabad) Pvt Ltd. The textual, graphic, audio and audiovisual material in this site is protected by copyright law. You may not copy, distribute, or use this material except as necessary for your personal, non-commercial use. Any trademarks are the properties of their respective owners. More on Hyderabad, India. Jobs in Hyderabad.