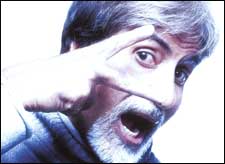 Charisma Murari / fullhyd.com
EDITOR RATING
7.0
Performances
Script
Music/Soundtrack
Visuals
NA
NA
NA
NA
Suggestions
Can watch again
NA
Good for kids
NA
Good for dates
NA
Wait for OTT
NA
Men are like fine wine. They all start out as grapes, and it is a woman's job to stomp on them and keep them in the dark till they mature into something they can have dinner with. Illustrating this with jarring precision is Vivek Oberoi's dopey character, Arjun.

Arjun appears to be a happy-go-lucky slacker who flakes around merrily, vrooms about in dirt-rally circuits, and looks, uncannily, like something the cat dragged in. Little wonder, then, that the fashion police has a warrant out on him. His jammie variants, mustard denims and cardigan T-shirts are not for the faint-hearted. They will scar you for life.

Ash plays a doe-eyed lady called Diya who matches every style gaffe of Vivek with one of her own. If that's not true love, what is? Anyway, Diya is your small-town girl who finds herself in a big-bad city. There she meets the big-bad wolf in Arjun, and puppy love starts to blossom. Sigh. All parents and parent-figures are suitably scheming, and Arjun is unsuitably juvenile. He flutters around Diya like a child around a candy man, and while she falls in love with him right away, he saunters through life believing that the laws of Bollywood won't stop him dead in his tracks till he is head over heels in love.

One intense soap-opera melodrama later, Diya confesses her love for him, which is spurned, compelling her to head back home, bag baggage and all. Now Arjun must follow her, but he mustn't realize that he is in love with her till we are about 10 minutes from the end of the movie, and at any rate, not before another man comes along. Enter Suneil Shetty.

Amitabh Bachchan is brilliant as Uncle, the cutely adorable grandpa figure whose home accommodates brats of all shapes and sizes. He doesn't call it an orphanage, and you don't call it a menagerie. Really, the antics, the practical pranks are all unbelievable, but you are tempted to drift along nonetheless.

How the movie shapes up from now on is fairly predictable. Although something towards the end maybe called a bit of a twist. Vivek Oberoi has delivered a very honest performance, and Rati Agnihotri looked prettier than everybody else, making us, 20 somethings, look forward to ageing.

KHGN is an extension of the Ash-Vivek cola ad. It starts out with nothing, and, by the end, has most of it still left. It calls itself a 'situational comedy' and sometimes it really cracks you up. Not much else happens in here, but you can be fairly content going forth on cruise-control.

ADVERTISEMENT
This page was tagged for
Kyun! Ho Gaya Naa hindi movie
Kyun! Ho Gaya Naa reviews
release date
Vivek Oberoi, Aishwarya Rai
theatres list
Follow @fullhyderabad
Follow fullhyd.com on
About Hyderabad
The Hyderabad Community
Improve fullhyd.com
More
Our Other Local Guides
Our other sites
© Copyright 1999-2009 LRR Technologies (Hyderabad), Pvt Ltd. All rights reserved. fullhyd, fullhyderabad, Welcome To The Neighbourhood are trademarks of LRR Technologies (Hyderabad) Pvt Ltd. The textual, graphic, audio and audiovisual material in this site is protected by copyright law. You may not copy, distribute, or use this material except as necessary for your personal, non-commercial use. Any trademarks are the properties of their respective owners. More on Hyderabad, India. Jobs in Hyderabad.