Now You See Me Review 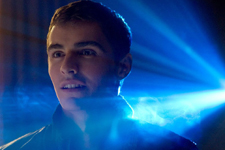 Swayamsrestha Kar / fullhyd.com
EDITOR RATING
7.0
Performances
Script
Music/Soundtrack
Visuals
7.0
6.0
6.0
8.0
Suggestions
Can watch again
Yes
Good for kids
No
Good for dates
Yes
Wait to rent it
No
"What is magic?"

Louis Letterier (of The Transporter fame) shows us, in what can most succinctly be described as a tribute to the art of cinematography, that one doesn't have to be Albus Wolfric Percival Brian Dumbledore (just to show off our grasp of Potter trivia) to answer that question.

Now You See Me is a celebration of shadows. Allow us to decipher that mystical statement. The movie is carried forward more by sheer narrative pace, than by the strength of the narrative itself; the credibility of the plot is always closely (and dangerously, if we might add) shadowed by incredibility; and this limbo between certitude and incertitude is what the movie revels in.

Daniel Atlas (Jesse Eisenberg) - a street magician in Las Vegas (think a sexier, smug-er version of Chris Angel); Henley Reeves (Isla Fischer) - a female Houdini who, despite her air of bubbly come-hitherness, delights in performing gory stunts; Merritt McKinney (Woody Harrelson) - a Don-Juan-esque mentalist; and Jack Wilder (Dave Franco) - a sleight-of-hand-artist with a deceptive "babe in the woods" air about him, are all summoned by a mysterious stranger to a deserted apartment.

One year later, we see them as the Four Horsemen (a clever reference to the four horsemen of the apocalypse), a group which performs logic-defying (what else can magic be?) acts in Las Vegas. They are sponsored by the shrewd, calculating businessman Arthur Tessler (Michael Caine). The crowds, clearly, love them. Indeed, there are moments in the movie where you too feel like the average magic-show audience member - slightly cynical, slightly skeptical, and secretly rooting for the magic to be real.

As part of their act, the Four Horsemen choose a random audience member, and "teleport" him to the vaults of his bank (all the way back to France, mind you). Once in the vault, all the money stacked there is sucked into an air-duct, and moments later, money rains down upon the audience of the Four Horsemen, in Las Vegas. Or, wait a minute, do the... magicians... actually do all that?

As it turns out, the FBI is informed of the "bank robbery", and a surly, exasperated FBI agent Dylan Rhodes (Mark Ruffalo) is assigned to look into the case. And this is where the movie introduces its trump card.

Mark Ruffalo, with all the tired ruggedness of the average law enforcer, and with his air of good-lord-not-this-at-my-time-of-life is the real star of the movie. Yes, we make this statement with the full knowledge that the movie also stars Morgan Freeman (a.k.a. God) as Thaddeus Bradley - the ex-magician who makes his (million-dollar) living by debunking current-albeit-phony magicians as part of a television show.

If FBI agent Dylan Rhodes is the true hero of the story, then his French partner-in-investigation officer from Interpol, Alma Dray (played by the achingly lovely Melanie Laurent), is the heart of the movie. She is the perfect (good-natured, witty, and annoy-me-incessantly-and-I-turn-into-a-tigress) foil to the sulky, disbelieving FBI agent.

And now to applaud the real heroes of the movie (barring the ones on stage). The directors of photography are clearly not novices. Mitchell Amundsen (Transformers, Wanted) and Larry Fong (300, Watchmen, Sucker Punch) create a fifth horseman out of the lens flares, the special effects and the CGI shots. Every frame of the movie is incredibly slick, and stylish. The editing is crisp, and the camera sometimes acts as a secret voyeur, instead of a recording device.

The action scenes are what would be expected from The Transporter's director. A special mention must be made of a scene where Jack Wilder evades FBI agents by rapidly flinging cards at them - the scene is as kinetically charged as any in which Jason Statham is using his clothes as weapons.

Jesse Eisenberg is regrettably under-used as the smug Daniel Atlas (traces of his The Social Network character clearly shine through). Morgan Freeman is well, Morgan Freeman. We wouldn't dare say anything negative about him... only that (strapping the bullet-proof vests on) he seems to be under-doing it in some scenes.

Amongst the others, Woody Harrelson as the rascally Merritt is surprisingly good (one feels that he wasn't given his due in Seven Psycopaths). Isla Fischer smiles a lot, and Dave Franco tries to be his elder brother (a certain James Franco?).

Though the narrative exposes the magician's tricks as just that - tricks - instead of being real magic, some of the explanations strike as being too forced, or too hastily made-up. But, to the film's credit, that does not impede the relentless, fast-paced (did we talk about the electric narrative pace already?) hurtle towards the climax of the movie, where a scene which seems to have come straight out of Neil Gaiman's American Gods takes your breath away, and effectively silences the entire movie hall (happened to us). At the end, you are left with that eternally unanswered question - "Where did the last 2 hours go?"
Share. Save. Connect.
Tweet
NOW YOU SEE ME SNAPSHOT 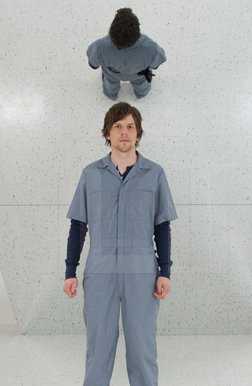 ADVERTISEMENT
This page was tagged for
Now You See Me english movie
Now You See Me reviews
release date
Jesse Eisenberg, Mark Ruffalo
theatres list
Follow @fullhyderabad
Follow fullhyd.com on
About Hyderabad
The Hyderabad Community
Improve fullhyd.com
More
Our Other Local Guides
Our other sites
© Copyright 1999-2009 LRR Technologies (Hyderabad), Pvt Ltd. All rights reserved. fullhyd, fullhyderabad, Welcome To The Neighbourhood are trademarks of LRR Technologies (Hyderabad) Pvt Ltd. The textual, graphic, audio and audiovisual material in this site is protected by copyright law. You may not copy, distribute, or use this material except as necessary for your personal, non-commercial use. Any trademarks are the properties of their respective owners. More on Hyderabad, India. Jobs in Hyderabad.