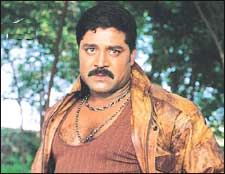 Mithun Verma / fullhyd.com
EDITOR RATING
3.0
Performances
Script
Music/Soundtrack
Visuals
NA
NA
NA
NA
Suggestions
Can watch again
NA
Good for kids
NA
Good for dates
NA
Wait to rent it
NA
Like most of the movies, even Guri follows the codebook of movie formulas. But, as you clearly know (except on the days when you're sober), following a codebook is not a good idea. Mainly, because codebooks don't move around a lot. They don't have legs or any other modes of locomotion available. Therefore, following the codebook gets Guri nowhere. Like a lifeless book, it's stuck until someone has to move it. And the only way Guri will move is when they move it out of the theaters.

Vadde Naveen is uttering the word 'guri' repeatedly for an alarming number of times in the first song. This tells us that he's a swashbuckling police officer obsessed with targeting (guri) things. Okay, this we know a little later. This also tells the heroine to vigorously shake certain anatomical regions of her body whenever he says 'guri'. And this tells the cameraman to switch the focus to the nearest bellybutton instantly whenever he hears 'guri'.

Not that all these people don't know what 'guri' means - just that those are their respective aims (guris) in the movie. And with equally compelling aims arrives the hero of the movie, Srihari.

Srihari plays Bose, the scorned man on the rampage. His aims are also quite impressive. Kill the evil people, murder the bad guys and slay the villains. Unfortunately, there was no one to tell him that the audience is not evil, bad and villainous. I mean, in one scene he starts running in Hyderabad and ends up in Vizag! C'mon, man, nobody's that evil, please...

So Bose kidnaps the Home Minister. This he does by placing a large metal slab on his back, making an angle with the slab on the road. In this position, he runs in front of the oncoming minister's car. The car has no option but to get onto that slab and get thrown up into the air. After seeing a man do that, the car would've thrown up, anyway.

Bose demands the following in return of the Home Minister:

1. The entire police department should co-operate with him in his mission to eliminate evil forces. And after they're done killing the flies and mosquitoes, they can see him pulverizing the villains.
2. They should not touch him (they = police, not the flies) until his mission is completed. They can, however, shoot him and kick him.
3. They should not try to arrest him. Many people thought that after saying that they should not even touch him, not arresting him is already understood. But that's where they're wrong. Not many people thought about the script - a single man did.

The state police accept his demands and accompany him to all the bloody killings. His angst is that most of his village killed itself because it was supplied with adulterated seedlings. Now he's wreaking revenge on all those who're responsible.

Re-enter Vadde Naveen as the officer to stop Bose. Bose and Naveen have this awesome standoff - thundering winds, powerful blows and cool background music, 'guri, guri, guri...' Reflexively, the camera shifts to the bellybutton of the hero...

Anyway, Naveen eventually comes to know why Srihari is doing this. So he joins him in this quest for the betterment of humanity - namely, him and Srihari. Working in a movie to make money is always a fun betterment. Ultimately, Srihari gets his revenge.

Guri is completely a one-man show. That doesn't mean that there was only a single person in the entire theater. It means that it's Srihari all the way. He's given a good performance. Even Vadde Naveen has improved a bit. The tormentor is the script. It is not a string of logic-holes in the script, it is the script in a string of logic-holes. So watch it without any logic, holes or strings. And don't worry about the without script part, that's a speciality of the makers.
Share. Save. Connect.
Tweet
GURI SNAPSHOT

ADVERTISEMENT
This page was tagged for
guri muwee
guri telugu movie
Guri telugu movie
Guri reviews
release date
Follow @fullhyderabad
Follow fullhyd.com on
About Hyderabad
The Hyderabad Community
Improve fullhyd.com
More
Our Other Local Guides
Our other sites
© Copyright 1999-2009 LRR Technologies (Hyderabad), Pvt Ltd. All rights reserved. fullhyd, fullhyderabad, Welcome To The Neighbourhood are trademarks of LRR Technologies (Hyderabad) Pvt Ltd. The textual, graphic, audio and audiovisual material in this site is protected by copyright law. You may not copy, distribute, or use this material except as necessary for your personal, non-commercial use. Any trademarks are the properties of their respective owners. More on Hyderabad, India. Jobs in Hyderabad.