All Is Well Review 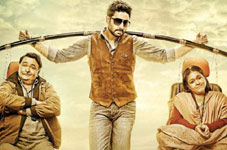 Nupur Barua / fullhyd.com
EDITOR RATING
4.0
Performances
Script
Music/Soundtrack
Visuals
5.0
3.0
5.0
5.0
Suggestions
Can watch again
No
Good for kids
No
Good for dates
No
Wait to rent it
No
All is not well with the world that Umesh Shukla takes us into this weekend. The title, presumably inspired (or maybe not) by the song from 3 Idiots, is catchy enough to make you sit up and take notice. However, the film is a comic caper that elicits only yawns, and that makes its title misleading. And even Rishi Kapoor, who can make the dullest screenplay a masterpiece, fails this time.

Inder Bhalla (Abhishek Bachchan) is an aspiring artiste, who has lived in Thailand for years in an effort to make it big. He is grouchy and unpleasant, mostly because he is actually a failure. He is not pleased at the prospect of going home to Kasaul. He has not had a particularly great childhood, and, like most young men, has issues with his father. Yet, it is because of his father that he makes the inevitable trip home.

Bhalla Senior (Rishi Kapoor) is a difficult man to live with, as his long-suffering wife (Supriya Pathak) knows. The poor woman is also a victim of Alzheimer's Disease, and she is slowly losing her mind. Bhalla runs a bakery, and he owes Cheema (Mohammad Zeeshan Ayub) an obscene amount of money. Inder, lured back home by Cheema, discovers too late that he is now trapped in a world in which the son pays for the father's sins (or, in this case, debts).

To add to Inder's woes (read: Bhalla and Cheema), his girlfriend Nimmi (Asin) is engaged - to some other man. Inder has to multitask (and how!) to sort all complications (including an ailing mother), before he can go back to his life. That is easier said than done, especially when he realises that he is not exactly blameless, either.

All Is Well is a modern take on the myth of Shravan, the dutiful son. The contemporary interpretation includes a son's angst and unwillingness to be the martyr, but the story is so haphazard that you cannot empathise with the lead character (Inder). It may have been the director's intention to insert a social message with loads of comedy - he was pretty successful with OMG! - but the plot is so skewed that you are clear within just the first half hour that your weekend is now wasted.

And after a number of false leads and predictable patterns in a repetitive plot, the movie offers a weak climax and resolution, by which time you really do not care what happens to the characters. Two hours of silliness later, you may even feel like dancing with joy to celebrate the end of a very tiresome experience.

The screenplay deals with relationships - breaking them and forging them only to break them up again. It tells us that parents, no matter how weird, are our salvation. However, the preachy narrative disguised as a comedy does not work so well. The humour is inanely offensive, the dialogues are jaded, and the road trip is rather contrived.

Abhishek Bachchan is back after a short hiatus, and this is not the best movie to remind the audience of his existence. He looks old and tired, and his depiction of an indignant son is not very convincing. Asin hams and overacts, period. Supriya Pathak is wasted. Mohammad Zeeshan Ayub, delightful actor that he is, is let down by a ridiculous character. And Rishi Kapoor, as mentioned above, cannot salvage this script. He is, of course, the best thing in an otherwise dull and forgettable movie.

A sudden item song in a dhaba may no longer be a shocker, even when it features Sonakshi Sinha, but it is representative of the crassness and randomness of the entire film. The songs, like the story, are not worth remembering, but a new rendition of "Ae Mere Humsafar" (originally from Qayamat Se Qayamat Tak) is a pleasant distraction.

En fin, it might be best to just watch OMG! again to reinstate your faith in Umesh Shukla, and maybe forgive his indulgence in this one.
Share. Save. Connect.
Tweet
ALL IS WELL SNAPSHOT 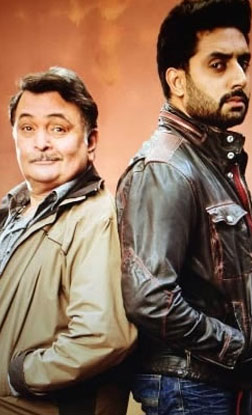 ADVERTISEMENT
This page was tagged for
All Is Well hindi movie
All Is Well reviews
release date
Abhishek Bachchan, Asin
theatres list
Follow @fullhyderabad
Follow fullhyd.com on
About Hyderabad
The Hyderabad Community
Improve fullhyd.com
More
Our Other Local Guides
Our other sites
© Copyright 1999-2009 LRR Technologies (Hyderabad), Pvt Ltd. All rights reserved. fullhyd, fullhyderabad, Welcome To The Neighbourhood are trademarks of LRR Technologies (Hyderabad) Pvt Ltd. The textual, graphic, audio and audiovisual material in this site is protected by copyright law. You may not copy, distribute, or use this material except as necessary for your personal, non-commercial use. Any trademarks are the properties of their respective owners. More on Hyderabad, India. Jobs in Hyderabad.