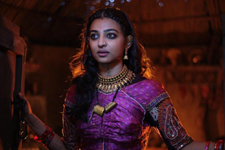 Swaroop Thotada / fullhyd.com
EDITOR RATING
7.0
Performances
Script
Music/Soundtrack
Visuals
8.0
7.0
7.0
8.0
Suggestions
Can watch again
Yes
Good for kids
No
Good for dates
No
Wait to rent it
No
Leena Yadav's "Parched" begins as a faithful document of three women's emotionally intertwined lives and later veers into an incisive character study. But it finally couldn't find any way to end except as a rosy fantasy in which the subject is sidelined for plot convenience.

The film takes place in what appears like a Rajasthani desert village that is still skeptic about anything that thrusts them towards advancement including television, and where patriarchy still reigns in its aboriginal glory. We are taken into an India where still women are no more than child rearing machines and sex objects, and brutal beatings by drunken husbands are only a routine. In this hellhole of a village, we find three vibrant spirits Rani (Tannistha Chatterjee), Lajjo (Radhika Apte) and Bijli (Surveen Chawla) whose woes differ in forms but share the same source i.e. patriarchal oppression, male chauvinism and outdated societal norms rooted in religion and traditions.

Rani, who has been a widow for a large part of her life, gets neck-deep into debts trying to buy a beautiful wife for her teenage son Gulab (Riddhi Sen). Initially both a victim and an agent of these oppressive customs, she later liberates herself from the grip of her conditioning.

Lajjo's day starts and ends with beatings from her drunken husband that never fail to leave bruises, but her spirit is apparently unbreakable. The hope she harbours for a better life stands defiant in the face of the bestiality that her life and her husband mete out. It appears like her unyielding love for life found a way to convert the savagery she receives in good supply into a fuel for her hopes.

Bijli, a carnival dancer by day and a prostitute by night, is burdened by her longing for love and acceptance, but cannot hope to find it. She turns to her narcissistic one-liners to escape the haunting alienation she is subjected to.

We see these women's open celebration of their sexuality, their craving for love and intimacy, and the solace they find in each other's company. Despite their interminable suffering, they do not constantly wallow in self-pity but stay upbeat and ooze joy and a vigorous love for life.

But only to an extent. Parched has its own set of problems, though minor when compared to what the film manages to achieve. There is a sage character in the movie, played by Adil Hussain, that seems to have come from a Westerner's lame perception of India formed from his half-minded understanding of Kamasutra. He lives in a cave lit in a golden light, and he is introduced to Lajjo by Bijli as the man who taught her to dream. While the West might buy this character, we cannot see him as anyone other than a creepy con artist. The sex scene is nicely choreographed, though.

Russel Carpenter's exquisite frames (however skillfully done they are) sometimes distract from the grim reality the film is supposed to portray. The dry and sunny landscapes are masterfully captured, but the dimly lit insides of the huts appear deliberately beautified. The precise performances come to the rescue in bringing back the focus to the story, though. Radhika, Tannishtha and Surveen never let down the well-scripted characters.

The solution this film finds for its characters looks contrived and too cinematic. For a film that spends most of its time depicting stark realities, Parched betrays its spirit for a convenient happy ending that is not at least rooted in reality. The debates the film had the potential to raise are left directionless once it resorts to this easy way out.

But otherwise, Parched undeniably is a well-made film that brings to focus very important issues. Last week, it was Pink that brought feminism to the forefront of the debate. We rated it high though it had problems of its own, because of its ear for practicality and its undistracted focus. Parched is different, as it is more into making us sympathize with the characters rather than being a boardroom discussion of solutions. But it comes right on time and makes its point.
Share. Save. Connect.
Tweet
PARCHED SNAPSHOT 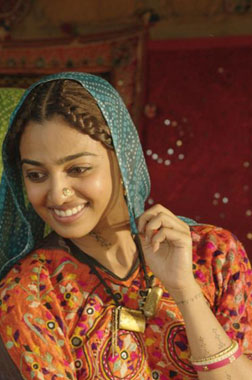 ADVERTISEMENT
This page was tagged for
Parched hindi movie
Parched reviews
release date
Tannishtha Chatterjee, Radhika Apte
theatres list
Follow @fullhyderabad
Follow fullhyd.com on
About Hyderabad
The Hyderabad Community
Improve fullhyd.com
More
Our Other Local Guides
Our other sites
© Copyright 1999-2009 LRR Technologies (Hyderabad), Pvt Ltd. All rights reserved. fullhyd, fullhyderabad, Welcome To The Neighbourhood are trademarks of LRR Technologies (Hyderabad) Pvt Ltd. The textual, graphic, audio and audiovisual material in this site is protected by copyright law. You may not copy, distribute, or use this material except as necessary for your personal, non-commercial use. Any trademarks are the properties of their respective owners. More on Hyderabad, India. Jobs in Hyderabad.