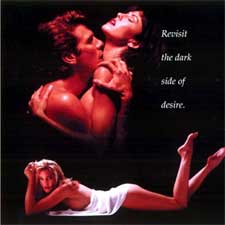 EDITOR RATING
1.0
Performances
Script
Music/Soundtrack
Visuals
NA
NA
NA
NA
Suggestions
Can watch again
NA
Good for kids
NA
Good for dates
NA
Wait to rent it
NA
Pardon the "I think's" and "I hope's" but I'm really not sure what I watched. I was warned that I would be disappointed, but it was more indignation than anything else. I mean, just imagine - the paper said the movie was Secret Games - 4, the poster at the theater says Secret Games - 3, the name I saw on screen before the movie began was Passion's Flower, and the credits, which were supposed to be at the end of the movie, came in the beginning. The theater was almost packed, but surprisingly, there wasn't a sound when those scenes that the crowds actually came for were snipped off.

Anyway, let me enlighten you about the story (or whatever it was). The film is again one of those that are full of intrigue, with a script tailor-made for steamy scenes. These, of course, fall prey to the censors' chopping block, so that impressionable minds like ours are protected from malicious influences. Alex and Diane Larson are an unhappy couple, as the former spends all his time at the hospital (he is a doctor). This makes Diane feel neglected. And in walks one of her friends, Gwen.

Gwen takes her to a club, which in reality is a glorified brothel. It is apparently for unhappy wives like these two to let off some steam and get paid. Diana joins the group but ends up inviting trouble in the form of a psychopath, Terrell. As it turns out, he is a contract killer who has assumed a fake identity. Nothing much happens as he is arrested, and the projection guy spares us the details.

The direction is good, only you can't make much of an analysis in only 45 minutes. This movie could have been really good if only there were fewer cuts. Well, go see it, and count yourself very lucky if there are fewer cuts.
Share. Save. Connect.
Tweet
SECRET GAMES 3 SNAPSHOT

ADVERTISEMENT
This page was tagged for
secret game 3 Hollywood movie
Secret Game movie English
hollywood movie secret game 3
secret game 3 full movie
Secret game 3 english movies
Follow @fullhyderabad
Follow fullhyd.com on
About Hyderabad
The Hyderabad Community
Improve fullhyd.com
More
Our Other Local Guides
Our other sites
© Copyright 1999-2009 LRR Technologies (Hyderabad), Pvt Ltd. All rights reserved. fullhyd, fullhyderabad, Welcome To The Neighbourhood are trademarks of LRR Technologies (Hyderabad) Pvt Ltd. The textual, graphic, audio and audiovisual material in this site is protected by copyright law. You may not copy, distribute, or use this material except as necessary for your personal, non-commercial use. Any trademarks are the properties of their respective owners. More on Hyderabad, India. Jobs in Hyderabad.