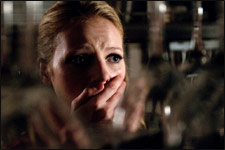 Samrat Sharma / fullhyd.com
EDITOR RATING
5.0
Performances
Script
Music/Soundtrack
Visuals
4.5
3.5
5.0
7.0
Suggestions
Can watch again
No
Good for kids
No
Good for dates
No
Wait for OTT
No
Here is the recipe - have a perfunctory plot about a teenager witnessing a disaster in his intuition, or dreams, and hence save a handful of people. Then, off all these people one by one in the most elaborate and gruesome fashion imaginable. Ramp it up for the finale, where, after a last breather, you let all hell loose. Everybody dies, and hopefully, you will be entertained.

This is the plot and aesthetic of every single Final Destination film. Whether you should watch this film is a question only you can answer for yourself.

Are you the sort to watch exceptionally gruesome photos on the news while eating dinner? Are you the sort who will not help in an accident, but linger around to see what happened until whatever it is you're looking for has passed? If yes, this is the series for you, then.

Passing judgement on what entertains someone is foolhardy, so if the sight of a lot of blood and carnage excites you, this is the series that they made for you. If not, please avoid it like the plague. The best I can do is tell you if the film is any good as a Final Destination. I am happy to report to the fans that while highly unoriginal, it is slickly made and has a high enough bodycount to entertain the most jaded of Final Destination fans.

Imagination is key here - in a film that looks like it was given the budget of 2 television episodes at best, the saving grace is the way Steven Quale chooses to shoot these Rube Goldberg-esque set-ups of death and plays with audience expectations often enough.

There is a cathartic way in which he sets these moments up and delivers the pay-off, and it is to his credit that the film coasts along nicely from kill to kill until the mind-bending finale.

The set-up here is a bus accident and a company bus that is headed to vacation. So the various death bait that inhabit the bus have a connection beyond just chance.

This doesn't stop all these people from being unlikeable and/or unsympathetic. Character build-up is not the biggest strength in this series, one that is at best a bloodier version of the 3 stooges.

Coming back to the set-up, the initial credits are massively entertaining in 3D, and used extremely imaginatively. At about the halfway mark, the various pieces of debris falling on your face gets tiring, and yet the FX guys one-up it for a while longer. It is the excess that defines the series, and budget or no budget, the makers knew what they wanted to deliver.

This is true for the rest of the film as well. Every kill is crafted and painstakingly created, and the comedy that ensues is breezy enough to not notice till the next kill. If the prospect of watching 90 minutes of kills and decently done special effects without a plot that makes sense, and any character development excites you, this film delivers in spades.

There is no reply value, but if you have nothing better to do, this will most decidedly scratch the gore itch.
Share. Save. Connect.
Tweet
FINAL DESTINATION 5 (TELUGU) SNAPSHOT

ADVERTISEMENT
This page was tagged for
Final destination 5 movie download in Telugu
final destination 5 telugu
last dastination movie in telugu
final destinathi move telugu
telugu final destination movie download
Follow @fullhyderabad
Follow fullhyd.com on
About Hyderabad
The Hyderabad Community
Improve fullhyd.com
More
Our Other Local Guides
Our other sites
© Copyright 1999-2009 LRR Technologies (Hyderabad), Pvt Ltd. All rights reserved. fullhyd, fullhyderabad, Welcome To The Neighbourhood are trademarks of LRR Technologies (Hyderabad) Pvt Ltd. The textual, graphic, audio and audiovisual material in this site is protected by copyright law. You may not copy, distribute, or use this material except as necessary for your personal, non-commercial use. Any trademarks are the properties of their respective owners. More on Hyderabad, India. Jobs in Hyderabad.