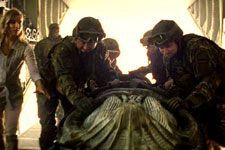 Vaishnavi Kulkarni / fullhyd.com
EDITOR RATING
6.0
Performances
Script
Music/Soundtrack
Visuals
6.0
6.0
6.0
7.0
Suggestions
Can watch again
No
Good for kids
No
Good for dates
No
Wait for OTT
No
Eighteen years after the release of the original Brendan Fraser and Rachel Weisz eponymous film comes a reboot of the series, directed by Alex Kurtzman and starring Tom Cruise in the lead role this time. While the original was no paragon of perfection, it had managed to be an entertaining blend of comedy, romance and action. The remake, unfortunately, only manages to poke holes in the legacy of its namesake, adding little of value to the genre - you are left wondering why they bothered with a reboot at all.

In a decade of constant remakes, reboots and live action versions, The Mummy is another attempt to capitalise on the success of a much-appreciated film from the '90s. Unlike with Disney, however, the execution leaves much to be desired.
Share. Save. Connect.
Tweet
THE MUMMY 2017 (HINDI) SNAPSHOT 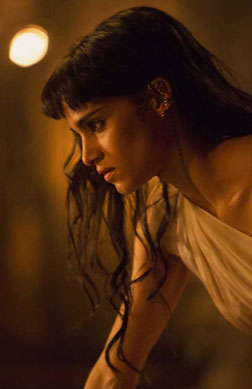 ADVERTISEMENT
This page was tagged for
the mummy 3 movie in hindi
the mummy 2017 full movio in hindi
the mummy 2017 full hd movie download in hindi
The Mummy 2017 HD Movie Download in Hindi
The mammy full muviesh 2017 hindi download
Follow @fullhyderabad
Follow fullhyd.com on
About Hyderabad
The Hyderabad Community
Improve fullhyd.com
More
Our Other Local Guides
Our other sites
© Copyright 1999-2009 LRR Technologies (Hyderabad), Pvt Ltd. All rights reserved. fullhyd, fullhyderabad, Welcome To The Neighbourhood are trademarks of LRR Technologies (Hyderabad) Pvt Ltd. The textual, graphic, audio and audiovisual material in this site is protected by copyright law. You may not copy, distribute, or use this material except as necessary for your personal, non-commercial use. Any trademarks are the properties of their respective owners. More on Hyderabad, India. Jobs in Hyderabad.