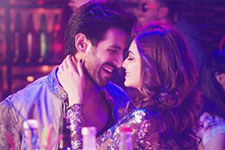 Raghav Venkat / fullhyd.com
EDITOR RATING
3.0
Performances
Script
Music/Soundtrack
Visuals
5.0
3.0
4.0
4.0
Suggestions
Can watch again
No
Good for kids
No
Good for dates
No
Wait to rent it
No
When you are working towards an image, you are advised to act in as many different roles as possible. But once you have the image, the advice is inversed, and you are asked to act in as similar roles as possible so as to maintain the image. And that's pretty much what seems to have happened to Paresh Rawal.

The versatile performer has acted in several brilliant movies. He delivered in each of those movies, and grew as an actor in each of them. But after Hera Pheri, the performer has been overtaken by the entertainer, and you get more of the same. And with Guest Iin London (yes, it's spelt that way), he makes it start to look bad.

Guest Iin London is pretty much a rehash of the 2010 Atithi Tum Kab Jaoge by the same director, though it tries to look like another installment in a franchise. And while the original had more star power (it had Ajay Devgan in the lead), here it's left to Rawal to carry the film on his shoulders. That's a double whammy - and all Rawal is given to work with are fart jokes. You will therefore understand why we feel that the movie, um, stinks.

The film starts off with the antics of Gangasharan Gandotra aka Chachaji (Paresh Rawal) on a long flight to London. The montage of gags does seem funny at the beginning, but the effect quickly wears off as you see more of it. That's pretty much the case with the movie, too. The plot is simple. Chachaji and his wife (Tanvi Azmi) land up at the house of Aaryan Grover (Karthik Aaryan) as guests, unannounced and unwanted. He is living with Anaya Patel (Kirti Kharbanda) as part of faking a marriage to get citizenship in England.

How the couple go about setting up his life, and gradually creating a few problems in it, is what the movie is all about.

There is a lot of talk about sex in the movie. But worse is all the talk about farts - topped off by a line about how the farts of your lover smell like roses (yes, that is a line in an extended paean about farts). The whole bit about farts by Rawal is so overdone that he risks losing all the respect he has gained over the years. A man who has given so many brilliant performances is scraping the bottom of the barrel here. And his conversations with Sanjay Mishra's Pakistani character are what the wet dreams of his political critics made of - they are below the belt, unwanted and frequent. That this movie will go unnoticed by many will be a blessing for the actor as well as the politician.

The Tanvi Azmi of Guest Iin London is unrecognizable from the Tanvi Azmi of Akele Hum Akele Tum and Yeh Jawaani Hai Deewani. Once you have seen the movie, come back home and watch the scene from Akele Hum Akele Tum where she pleads Manisha Koirala to come back into Aamir Khan's life. A lady capable of that is reduced just to saying "Kya hain na inka pet kharab hain" in the movie every time Rawal's character farts.

Karthik Aaryan, the man who apocryphally delivered the monologue in Pyaar Ka Punchnama in a single shot, does well, but is lost in the shade of Rawal who is all over the film. It's essentially his tale, but it seems anything but. As for Kriti Kharbanda, she features in the movie and that's pretty much it.

The film is shot indoors for the most part, but when it goes outdoors, the poor camerawork shows. In fact, the lighting seems poor even indoors in many sequences. The technical values in general make it look like the movie made in a hurry. You should skip it in a hurry, too. 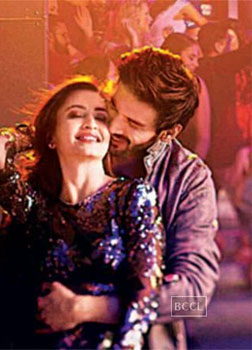 ADVERTISEMENT
This page was tagged for
guest in london film aryan's anaya marriage scene
Guest in London hindi movie
Guest in London reviews
release date
Paresh Rawal, Tanvi Azmi
Follow @fullhyderabad
Follow fullhyd.com on
About Hyderabad
The Hyderabad Community
Improve fullhyd.com
More
Our Other Local Guides
Our other sites
© Copyright 1999-2009 LRR Technologies (Hyderabad), Pvt Ltd. All rights reserved. fullhyd, fullhyderabad, Welcome To The Neighbourhood are trademarks of LRR Technologies (Hyderabad) Pvt Ltd. The textual, graphic, audio and audiovisual material in this site is protected by copyright law. You may not copy, distribute, or use this material except as necessary for your personal, non-commercial use. Any trademarks are the properties of their respective owners. More on Hyderabad, India. Jobs in Hyderabad.