The Other Man Review 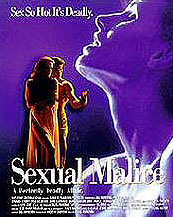 Christopher Domingo / fullhyd.com
EDITOR RATING
1.0
Performances
Script
Music/Soundtrack
Visuals
NA
NA
NA
NA
Suggestions
Can watch again
NA
Good for kids
NA
Good for dates
NA
Wait to rent it
NA
No, that's not a mistake. That's what this film is actually called. Jag Mundhra specializes in making semi-porn with a welcome sense of aesthetics. He also manages to rope in a decent star cast, so his films are usually worth a watch. Yet, this one is just another semi-porn with the same old time-tested formula and stale erotic scenes. To top it, the state of this cinema hall (Kaavya) makes viewing and comprehending the film a mammoth task.

Christina (Diana Barton) is a successful modern day entrepreneur. She is not just talented, but is also drop dead gorgeous. But she has a problem. Her marriage is on the rocks, and she has not experienced physical pleasure for quite some time. Perfect for the audience's purpose, isn't it?

In a moment of physical restlessness, Christina walks into a male strip joint. Here, she meets the man of her fantasy who is doing... what else? A strip session. There were no ladies in the audience at the theater (ha ha ha), and this seemingly endless striptease by a man gets on your nerves (assuming that your sexual preferences go with those of the majority, of course!).

Anyway, you know what happens now. How Christina manages to overcome this ordeal is the rest of the movie. If you wait to find out how this story ends, you will be the only guy in the theater, and you'll become a pain to the guy in the projector room who's waiting to turn it off. Jag Mundhra and the 'editing' kill all the joy of watching a movie.
Share. Save. Connect.
Tweet
THE OTHER MAN SNAPSHOT

ADVERTISEMENT
This page was tagged for
The Other Man english movie
The Other Man reviews
release date
Edward Albert, Diana Barton
theatres list
Follow @fullhyderabad
Follow fullhyd.com on
About Hyderabad
The Hyderabad Community
Improve fullhyd.com
More
Our Other Local Guides
Our other sites
© Copyright 1999-2009 LRR Technologies (Hyderabad), Pvt Ltd. All rights reserved. fullhyd, fullhyderabad, Welcome To The Neighbourhood are trademarks of LRR Technologies (Hyderabad) Pvt Ltd. The textual, graphic, audio and audiovisual material in this site is protected by copyright law. You may not copy, distribute, or use this material except as necessary for your personal, non-commercial use. Any trademarks are the properties of their respective owners. More on Hyderabad, India. Jobs in Hyderabad.