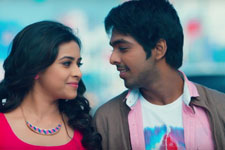 Ravi Kandala / fullhyd.com
EDITOR RATING
5.5
Performances
Script
Music/Soundtrack
Visuals
6.0
6.0
5.0
6.0
Suggestions
Can watch again
No
Good for kids
No
Good for dates
No
Wait to rent it
No
Pencil is a whodunit. It is set in a posh school, and involves a bad student who makes a lot of enemies in the first half of the movie. Each of the persons he wrongs ends up saying they will kill him. Sure enough, he is found dead right at the interval point. And the hero Shiva (G V Prakash) is found in the classroom with blood on his shirt and the murder instrument (if you haven't figured it out yet, a pencil) in his hand.

At this point, when the movie resumed, the first thing we were taken aback by was the calm demeanour of the hero and heroine after they see that their friend, Nitin, has been murdered. The heroine Maya (Sri Divya) closes the door of the classroom and sits on a bench next to the corpse and starts analyzing the time at which Shiva left the ground and came to the classroom, and the time when she saw him with the murder weapon. They then decide that the killer couldn't have left the campus and that they should try and catch him.

The hero then changes his shirt in the same classroom while the heroine checks out the hero's scrapbook with all her memoirs in it and is happy (all this while a corpse in a pool of blood is lying in the classroom). They then go around the school trying to find clues. They find the dead boy's phone and bring it back to the classroom and use the fingerprint of the corpse to open the lock on the phone. They use a school to scout around the class for clues so they leave no fingerprints. They use pieces of paper while handling the Nitin's laptop - again to make sure that they don't leave fingerprints.

If today's kids can really be so calm in the face of such calamity (what else can you call a classmate being found dead in the middle of the classroom), then it is scary.

However, the film, in general, plays out quite well. The conversations are surprisingly natural. The principal and the teachers are not reduced to caricatures in every second scene, and the students actually look like students and not like overgrown kids stuffed into school uniforms. The first half plays out with the usual elements of a teeny-bopper love story and some comedy, and builds the required hatred towards the bad guy.

The investigation is also shown pretty decently with the kids running around trying to find clues and following them up one by one. The last ten minutes, however, attempt to give some heft to Pencil by turning it into a message movie, and are terribly out of sync.

The performances, like we mentioned, are quite natural, and help in increasing the watchability of the movie. The music is functional with three songs playing out in the background in the first half. The limited space in the school is exploited well, and the analepsis is handled well enough without creating any confusion.

Pencil is a decent one-time watch if you ignore the last ten minutes. The attempt to at least show something different instead of a teen love story set in a school is appreciable.
Share. Save. Connect.
Tweet
PENCIL SNAPSHOT 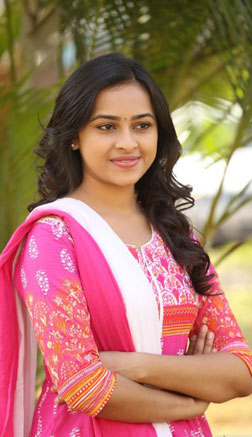 ADVERTISEMENT
This page was tagged for
pencil telugu movie review
Pencil telugu movie
Pencil reviews
release date
G V Prakash Kumar, Sri Divya
Follow @fullhyderabad
Follow fullhyd.com on
About Hyderabad
The Hyderabad Community
Improve fullhyd.com
More
Our Other Local Guides
Our other sites
© Copyright 1999-2009 LRR Technologies (Hyderabad), Pvt Ltd. All rights reserved. fullhyd, fullhyderabad, Welcome To The Neighbourhood are trademarks of LRR Technologies (Hyderabad) Pvt Ltd. The textual, graphic, audio and audiovisual material in this site is protected by copyright law. You may not copy, distribute, or use this material except as necessary for your personal, non-commercial use. Any trademarks are the properties of their respective owners. More on Hyderabad, India. Jobs in Hyderabad.