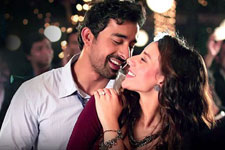 Nupur Barua / fullhyd.com
EDITOR RATING
4.0
Performances
Script
Music/Soundtrack
Visuals
5.0
4.0
5.0
6.0
Suggestions
Can watch again
No
Good for kids
No
Good for dates
No
Wait for OTT
No
The horror genre in movies has no set of rules when it comes to scripts. Over the years, however, with every innovative way to scare having been explored, we, the audiences, have turned quite the experts in predicting the end of every horror story that we see on a screen. This may or may not be a good thing, depending on the condition of your heart, but that does not stop us from swarming the theatres whenever a horror film is released.

Actually, if you have not watched the trailers too closely, you would not have known that 3 AM is a horror movie. It looks more like a romantic thriller, especially when it begins. And it is also Ranvijay Singh's attempt to make a place for himself in the existing, overcrowded galaxy of stars - a commendable act of bravery from the reality television persona. Also, everybody (well, almost) knows who he is, so he does not have to begin from scratch.

What may be a giveaway, on hindsight, as to what the genre of the movie is, is the fact that Saarah (Anindita Nayar) is a journalist who is doing some research on haunted locations in the city of Mumbai. Hardly a novel idea, but the fact remains that when she scouts around Rudra Mills, she is killed. Immediately, your mind is filled with all kinds of conspiracy theories revolving around mill owners and the property mafia.

In fact, that is what Sunny (Ranvijay Singh), Saarah's boyfriend, thinks, too - or at least along those lines. He is devastated by the loss, especially since the two were planning to be married soon. Sunny is also a television anchor, and life was perfect for the couple, till now. Sunny has to figure out what happened to the love of his life.

Coincidentally, Sunny and his team are on an assignment a little later at the same place - they have to capture paranormal activity for a reality show (in fact, that is what Saarah was paving the way for, as preliminary research). The challenge is that they will all be locked in the premises of the supposedly haunted Rudra Mills.

What Sunny and his friends do not know is that there is more to Rudra Mills than meets the eye. And 3 am is the unearthly hour that will expose them to the existence of the other world. This is Sunny's best chance to solve the mystery of Saarah's death, provided he survives the night.

The minute Sunny goes into Rudra Mills, you know how the story will end. This element of predictability is never good news for a film, especially if you want to shock your audiences into jumping out of their seats. The first half hour, though, is gripping - you feel the protagonist's loss, and you are morbidly curious about what happened to his lover. The minute the story slips into a comfortable zone, you lose interest.

That does not mean that the movie does not have its scary moments, but they are the more familiar triggers of fear, such as doors creaking and other sourceless noises, that you expect in every horror flick. Some of the plot points and twists are interesting enough for you to sit back and gasp in horror, especially the bit featuring one of the characters walking on all fours.

And then there are the unintentionally funny moments, which are becoming increasingly common in horror movies these days, despite the advanced technologies and sensibilities that are now accessible. In short, there is nothing new in 3 AM, and even the spirits are stereotyped enough to leave you with a sense of being in familiar settings.

Ranvijay Singh is a very popular television personality, and he has managed to endear himself to a huge fan base, despite the chaos that MTV Roadies usually finds itself in. As an actor, he is not so hard-hitting, and that may have a lot to do with his real life persona. He does his best as Sunny, but most of the emotions seem forced, and at other times, he looks quite removed from the character that he is playing. This lack of consistency may also appear so because we are so used to seeing him as the man who hardly loses his cool on reality television.

While Salil Acharya and Kavin Dave are pretty much wasted in their roles, Anindita Nayar seems to have potential. She deserved more screen time, true, but she manages to create an impression. You are curious to know whether she would be able to sustain that interest if she were to play a meatier role.

There are only two aspects of production that matter in a horror movie - the location/sets and the sound effects. In 3 AM, both are suitably well done, as far as technicalities are concerned. The flaw here is that neither is original, but they are both effective, to a large degree. The haunted mill is a little too dark, and the various eerie noises are a little too OTT, but again, this IS a horror movie.

There is a third aspect of production that plays a very important part in how a horror film is received, but not all films need it - make up. It is always a better idea to suggest the presence of a supernatural form than to actually show it, and the makers of this movie should have stuck to the former to make the film scarier. The editing and the camera work are competent enough, and the music is pretty pleasant. The costumes are average.

Should you watch 3 AM? Yes, if you are a sucker for a predictable horror movie. If, however, you want to watch something revolutionary and spine-chilling, then we suggest you check out the classic The Blair Witch Project, maybe, or some heart-attack-inducing Japanese film of the same genre. Unless, of course, you are a Ranvijay Singh / Roadies fan.
Share. Save. Connect.
Tweet
3 AM SNAPSHOT 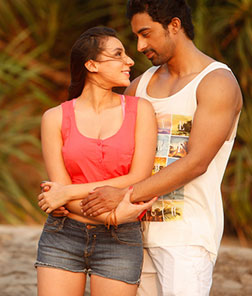 ADVERTISEMENT
This page was tagged for
3 AM hindi movie
3 AM reviews
release date
Rannvijay Singh, Anindita Nayar
theatres list
Follow @fullhyderabad
Follow fullhyd.com on
About Hyderabad
The Hyderabad Community
Improve fullhyd.com
More
Our Other Local Guides
Our other sites
© Copyright 1999-2009 LRR Technologies (Hyderabad), Pvt Ltd. All rights reserved. fullhyd, fullhyderabad, Welcome To The Neighbourhood are trademarks of LRR Technologies (Hyderabad) Pvt Ltd. The textual, graphic, audio and audiovisual material in this site is protected by copyright law. You may not copy, distribute, or use this material except as necessary for your personal, non-commercial use. Any trademarks are the properties of their respective owners. More on Hyderabad, India. Jobs in Hyderabad.