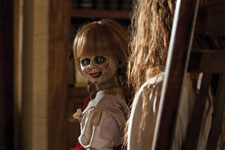 Vaishnavi Kulkarni / fullhyd.com
EDITOR RATING
7.0
Performances
Script
Music/Soundtrack
Visuals
7.5
6.0
6.5
6.5
Suggestions
Can watch again
No
Good for kids
No
Good for dates
No
Wait for OTT
No
Making a successful horror movie is no mean feat - if people are going to be shelling out money for eerily dark interiors and ghoulish faces, they need to be getting their money's worth on the fear factor. Far too many directors confuse stomach-churning gore and easy jump-scares with genuine, fear-inducing horror. While they have their merits, cheap thrills are no longer enough to bring in the dollar bills.

Annabelle: Creation is a welcome addition to the cinematic universe created by James Wan (director of The Conjuring and Annabelle), not to be missed by horror movie buffs. This horror universe is not far behind the Marvel and DC CUs, complete with origin stories, recurring characters and call backs to real life (keep an eye out for the Raggedy Ann doll, a nod to the true story behind Annabelle) - there are even two post-credit scenes, so don't be in a hurry to leave once the credits start to roll! 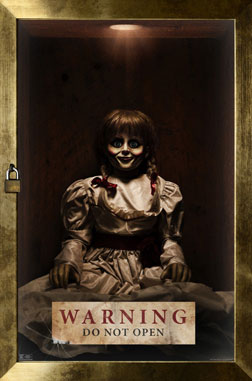 ADVERTISEMENT
This page was tagged for
annabelle: creation (english) hindi
annabelle creation full movie in hindi
annabella creation full movie in hindi
Annabelle: Creation (Hindi) hindi movie
Annabelle: Creation (Hindi) reviews
Follow @fullhyderabad
Follow fullhyd.com on
About Hyderabad
The Hyderabad Community
Improve fullhyd.com
More
Our Other Local Guides
Our other sites
© Copyright 1999-2009 LRR Technologies (Hyderabad), Pvt Ltd. All rights reserved. fullhyd, fullhyderabad, Welcome To The Neighbourhood are trademarks of LRR Technologies (Hyderabad) Pvt Ltd. The textual, graphic, audio and audiovisual material in this site is protected by copyright law. You may not copy, distribute, or use this material except as necessary for your personal, non-commercial use. Any trademarks are the properties of their respective owners. More on Hyderabad, India. Jobs in Hyderabad.