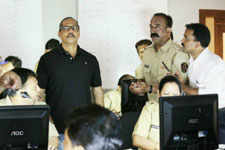 Nupur Barua / fullhyd.com
EDITOR RATING
6.0
Performances
Script
Music/Soundtrack
Visuals
7.0
5.0
4.0
6.0
Suggestions
Can watch again
No
Good for kids
No
Good for dates
No
Wait for OTT
No
Remember the brouhaha that Ram Gopal Varma managed to generate immediately after the terrorist attack on Mumbai in 2008? Actually, it was the then Chief Minister, Vilasrao Deshmukh, who was heavily criticised for giving the director a tour of the scene of crime at the Taj Mahal Hotel (some say it cost him his position). Varma had declared then that he was there as a concerned citizen, and that he was not that insensitive, etc.

And now, less than five years later, he releases The Attacks Of 26/11. Those mocked for overreacting to Varma's presence at the Taj now stand vindicated. One is not sure what the director was thinking then, but he gives us a movie that is based on the events of that fateful, fatal night, still so fresh in our memories. It helped that Ajmal Qasab was hanged recently (that was initially not a part of the script, but was incorporated later).

Most of the movie is a re-enactment of all that happened on November 26, 2008. We all know the story - a group of terrorists (Islamic, yes; Pakistani, maybe) hijacks a fishing boat, kills the people on board, and heads to Mumbai. Before you can say "Maria", mayhem ensues in prime locations of South Mumbai, specifically the area around the Taj and Oberoi hotels, the Chhatrapati Shivaji Terminus (CST/VT), Leopold Café and Cama Hospital. The narrative follows Qasab, as he shoots his way to infamy, and concentrates on his actions and mentality.

And we all know how it ends - constant terror, innocent victims, dead cops, and the capture of Qasab (eventually leading to his death). What the makers have also decided to enlighten us on, though, is what the role of Rakesh Maria (Nana Patekar) was. Surprisingly, martyr police officers who became household names - Hemant Karkare, Ashok Kamte and Vijay Salaskar - are not given much importance.

Ram Gopal Varma is known for his dedication to documenting recent history on film, albeit highly dramatized. It is difficult to comment on whether he should have picked this highly sensitive topic or not, but you have to give the man his due - he does not shy away from zeroing in on controversies that most filmmakers (the ones who play safe) would give a wide berth to.

It is also difficult to figure out what exactly Varma's stand is - Qasab is portrayed as a mean, dangerous killing machine, but his conviction in his actions makes him a delusional human being, for example. Is Varma saying that Qasab was justified? No, but despite the sneer and disdain, he comes across as a man who made terrible choices, realised it, but was too stubborn to apologise.

Then there is the Rakesh Maria track. He is scared, helpless, angry, and he also learns not to be too judgmental. The second part of the movie is all about the interactions between the two (Qasab and Maria), and they touch a chord in each other's being, somehow. The script does not fall flat during these tense debates, but the entire movie has more than its fair share of repetitive plot points and twists.

Some people may complain that in an effort to be realistic, Varma gets too gory. It is understood that the night in question was not pretty, but the director does not replicate it so much aesthetically as violently. After a certain point, you either choose to watch without flinching (because this is history) or you take offence to the portrayed brutal slaughter of women and children (the director does go over the top with the visuals).

Besides Qasab and Maria, Varma does not dwell on the thoughts and opinions of the other characters - the result is that they are just flat black or white characters. On the other hand, the story is supposed to affect you, at least a little.

Which is why you cannot focus on the technicalities of the movie too much. Ram Gopal Varma is infamous for his crazy angles and disturbing camera movements, but in The Attacks Of 26/11, he lets the visuals breathe and live. There are sudden "Ramu moments", yes, but this film is relatively free of headache-inducing frames and zooms. Again, the subject itself is disturbing, but at least you do not have to watch the action upside down or at 90 degrees. Cinematography is effective, for lack of a better word.

Nana Patekar is the sole reason to watch this movie. He is in his element, and not once does he remind you of anybody else but a distraught cop. He seems more dignified and worldly, and Rakesh Maria himself may just be very flattered at this version of himself.

Sanjeev Jaiswal in his first role will now forever be known as "that guy who played Qasab". He can never top this. You will hate the character he plays, and although he hams a bit now and then, it can be forgiven, considering it is his debut. He will be etched in your memory as Qasab, and you may just forget the much-photographed real terrorist.

Production design is convincing, which is a relief. You almost forget that these are recreated sets (and some live locations). The extras look a little confused at times, but overall, both production and costume designs are bang-on.

Watch The Attacks Of 26/11 only if you can stomach it. It may still be a touchy topic for a few people, but this is one of the better historical films made in this country in a long time.
Share. Save. Connect.
Tweet
THE ATTACKS OF 26/11 SNAPSHOT 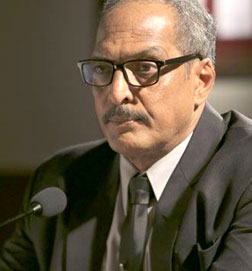 ADVERTISEMENT
This page was tagged for
26/11 movi
26/11 nana patekar full movie filmy zila
26 /11 attack full movi in hindi
the attack of 26/11 full movie
hindi movi. 26/11
Follow @fullhyderabad
Follow fullhyd.com on
About Hyderabad
The Hyderabad Community
Improve fullhyd.com
More
Our Other Local Guides
Our other sites
© Copyright 1999-2009 LRR Technologies (Hyderabad), Pvt Ltd. All rights reserved. fullhyd, fullhyderabad, Welcome To The Neighbourhood are trademarks of LRR Technologies (Hyderabad) Pvt Ltd. The textual, graphic, audio and audiovisual material in this site is protected by copyright law. You may not copy, distribute, or use this material except as necessary for your personal, non-commercial use. Any trademarks are the properties of their respective owners. More on Hyderabad, India. Jobs in Hyderabad.