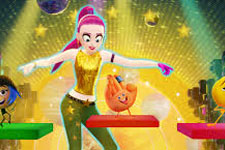 T J Reddy / fullhyd.com
EDITOR RATING
1.0
Performances
Script
Music/Soundtrack
Visuals
2.0
1.0
3.0
3.0
Suggestions
Can watch again
No
Good for kids
No
Good for dates
No
Wait to rent it
Yes
Sit around the campfire, boys and girls - you are going to read a scary story about something that happened to good old TJ. Good old TJ reviews films as one of his lines of work, but he never considered it work. He loved movies and would have gladly lived out his days at a cinema hall because that is where the world made sense to him. In this world, he is exposed to true cinematic brilliance occasionally and mediocrity at most other times.

But there is one classification which is rarer than "excellent", and The Emoji Movie falls into that category. These are the days good old TJ dreads as he sees his hope, happiness and will to watch movies wither to a dry husk. And now, you get to share in his trepidation as you read about TJ and his terrible, horrible at the movies when he willingly bought a ticket to watch the terrible, horrible Emoji Movie.

I'll clean up TJ's language and opinions about this soulless branding exercise for you young whipper-snappers. The first statement he had coming out of the theatre was "Intercourse (I cannot say the word, obviously) this movie. Intercourse it with one of those deliberately shaped eggplant emojis present on each of your smartphones."

The Emoji Movie's plot is a disfigured Frankenstein's monster whose parts are made up of lines, story beats, plot points and scenes from The Lego Movie, Cars, Wreck-It Ralph, Zootopia and, most blatantly, Inside Out sans those films' creativity, heart, soul and vision. Let's just get the plot done with. We follow a "meh" emoji as he tries to stay a "meh" emoji even though whatever biological chemicals make up an emoji dictate that he have more expressions than just a "meh". There is also some sh... uh, wait, poop about some hacker who wants to live in the cloud, and a Hi5 emoji who wants to get into an exclusive "favourite emoji" club.

Yeah no, this is real life people or if I was so lucky, I would be tripping on something seriously potent making this story up in my warped brain. I pose the question to you - why is this the world we live in? Why and who are these films made for? Are we okay with having our kids watch this film? Is playing cricket with the little tykes for a couple of hours that much harder than sitting in a cinema hall, paying your hard-earned money to watch this 90-minute farce? Is the fact that this movie will inexplicably turn a profit the sole reason that we can't have nice things? Answer me Damn It!

Back to TJ's plight.

Good old TJ, that sharply dressed young man with a twinkle in his eye, was in that sparsely populated hall as The National Anthem ended. He had significantly lowered expectations as he told himself lies, talking himself into giving this movie a chance. 8% on Rotten Tomatoes means nothing to me, he said to himself. Dude, Where's My Car has a 18% on Rotten Tomatoes and you still liked it, he said to himself. Anything to get himself prepared for the wretched 90 minutes that lay ahead of him. He wanted to be positive and watch the film with no preconceived notions. He only wanted to be objective damn it.

And then Sir (knighted by the British Crown for his incomparable contribution to the performing arts) Patrick Stewart made jokes about soft and not-so-soft poop. Now look at TJ - he's angry, scared, sad, nervous, anxious and every other negative emotion on his emoji keyboard. Would a decent human being do this to a lowly film viewer? Would he?

But good old TJ persevered - he stuck to his guns as a film bereft of creativity and plot played before his eyes in a cinema hall where the silence of the crowd was deafening. This was a comedy where not a single soul in a hall, with a massive opening day crowd of 20 people, could muster a chuckle. He would not break his rule and walk out of a film, never has never will.

While most others who made their way to the hall were busy with their significant others (shrewd move there), lonely old TJ who could not convince any of his so-called friends to accompany him to this film saw the screen in horror. What had his life come to? Wasn't this an animated film where the possibilities were endless? With no real world limitations couldn't this film have been visually arresting, have told fantastical stories with great morals for both kids and adults and not just be a shill for highest bidder on the product placement market? But alas, doing those things required actors who weren't there only for a pay check and filmmakers who cared about anything more than stealing money from the wallets of tired parents, gullible children, misguided men and women, and idiots like good old TJ.

While TJ's brain leaked out of his ear as his mind was swirling with these thoughts, I saw an asinine resolution to this "story" play out. I don't care about spoilers; I'm not good old TJ. If the problem plaguing Gene, the meh emoji, is that he has too many emotions and the phone he is a part of can't take it all, why is the solution to this the exact same thing? How can the phone create a new emoji now and but could not earlier? Is there an explanation to this? How is this classified as a story? What the flying "intercourse" am I even saying?

I need to walk away now before I say anything genuinely mean, and all of you need to send your best wishes to good old TJ as he recovers from his close encounter with brain damage.
Share. Save. Connect.
Tweet
THE EMOJI MOVIE (3D) SNAPSHOT 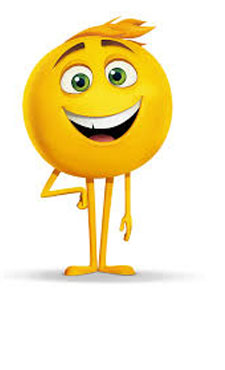 ADVERTISEMENT
This page was tagged for
The Emoji Movie (3D) english movie
The Emoji Movie (3D) reviews
release date
T J Miller, James Corden
theatres list
Follow @fullhyderabad
Follow fullhyd.com on
About Hyderabad
The Hyderabad Community
Improve fullhyd.com
More
Our Other Local Guides
Our other sites
© Copyright 1999-2009 LRR Technologies (Hyderabad), Pvt Ltd. All rights reserved. fullhyd, fullhyderabad, Welcome To The Neighbourhood are trademarks of LRR Technologies (Hyderabad) Pvt Ltd. The textual, graphic, audio and audiovisual material in this site is protected by copyright law. You may not copy, distribute, or use this material except as necessary for your personal, non-commercial use. Any trademarks are the properties of their respective owners. More on Hyderabad, India. Jobs in Hyderabad.