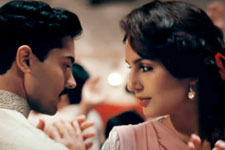 T J Reddy / fullhyd.com
EDITOR RATING
4.5
Performances
Script
Music/Soundtrack
Visuals
6.0
3.0
2.0
7.0
Suggestions
Can watch again
No
Good for kids
Yes
Good for dates
No
Wait to rent it
Yes
Its Independence week for both India and Pakistan, a time where both countries honor their fallen heroes, and pay their respects to the brave men and women who fought for their freedom and the poor souls who fell victim to the turmoil which reigned supreme during that tumultuous time in history. Cleverly released amidst this swell of patriotism is Gurinder Chadha's Partition: 1947 (or the alternately titled Viceroy's House), a partly ill-advised film about the role of the Mountbattens in the split of British Raj into India and Pakistan.

Following in the huge footsteps of Titanic and the not-so-huge footsteps of Pearl Harbour before it, Gurinder Chadha constructs a partly historical and partly fictional narrative of the final months of pre-independent India. Partition: 1947 tells parallel stories of Lord Mountbatten and his beloved wife as they broker a partition deal with the leaders of India, Pakistan and England, and the romance between a lowly duo of workers of the titular house. The couple's opposing religious upbringings act as a microcosm of the social conflicts plaguing the country at large.

While a poignant plunge into the issues of religion, race and political manoeuvering with masses of people being sacrificed to the almighty ego of the men in charge would have made for a fetching watch, what we are left with is a mostly lukewarm portrayal of larger than life characters and a distinct lack of gravitas to one of the most important moments in Indian history whose repercussions are being felt to this day. The film Forrest Gumps its actors into those pivotal junctures in history while being endlessly hampered by a dawdling script and amateurish dialogues owing to which it comes off more as a stiff stage production than a sweeping epic that accurately depicts the horrors faced by many families, including that of the director.

The movie comes from a personal place for Chadha (whose claim to fame is still Bend It Like Beckham), and the painstaking care she puts into making every frame look like a picture-perfect recreation of those regal British households manned by Indian servants is evident and for all to see. The Viceroy's House (or the present day Rashtrapati Bhavan) works as an Indian stand-in for the many manors in Downton Abbey (one of the characters says as much). For all its grandeur and with stories of both the lords and their servants being essayed on a conservative runtime of 107 minutes, however, the film offers little to no moments of genuine character development in its first two acts while trying to justify its stock characters to the audience. Their actions are reactive at best.

This is followed by truly baffling portrayal of the brigade of Indian statesmen. In its attempt at creating grey-shaded portraits of Mohammed Ali Jinnah and Winston Churchill, the film forgets to infuse the Indian leaders with a similar amount of intelligence, cunning and statesmanship. Partly owing to this oversight, the impact a truly ground-breaking (no matter how factually inaccurate) third act twist might have had is lost as most of the audiences are themselves lost to the bane of filmmakers everywhere - boredom.

The film criminally underuses the acting talent of its top tier cast which includes Huma Qureshi, Michael (Albus Dumbeldore) Gambon, Hugh Bonneville and Gillian Anderson by substituting strong organic character moments with elegant production design and costumes (which are a sight to behold). They play their limited roles with élan but you can't help but feel that this film is not the best showcase of their talents. Chadha and her crew lack the imagination and craft required to juggle the two incredibly important A-plots, and the constant cameos of Pandit Nehru, Mahatma Gandhi and the leader of the Muslim League Jinnah, remarkably, do not help the cause.

The film's over-simplified look at a complex, multi-faceted socio-political decision, led by a cast of actors who seem to believe they are acting on stage rather than a movie set, coupled with a very off-his-game A R Rahman, all add to it falling flat while trying to reach its lofty goals of stirring a people's mindset while asking them to question the worldview which has been fed to them through their high school textbooks.

There is a good film to be made with the story this one intends on telling. An engaging screenplay and a riveting movie could be constructed by means of the alternate theory of events that occurred in 1947 in the vein of an Oliver Stone project. But an archaic and clichéd approach the filmmakers take while narrating their version of events makes for a damp, insipid film-watching experience even if the matches and sparks required to light a nation's curiosity on fire are seemingly in plain sight.
Share. Save. Connect.
Tweet
PARTITION: 1947 SNAPSHOT 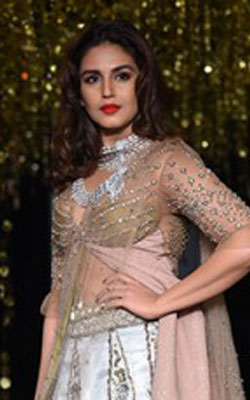 ADVERTISEMENT
This page was tagged for
the partition: 1947 movie mp4
partition 1947 4 movie in hindi
hd partition: 1947 movies
Partition: 1947 hindi movie
Partition: 1947 reviews
Follow @fullhyderabad
Follow fullhyd.com on
About Hyderabad
The Hyderabad Community
Improve fullhyd.com
More
Our Other Local Guides
Our other sites
© Copyright 1999-2009 LRR Technologies (Hyderabad), Pvt Ltd. All rights reserved. fullhyd, fullhyderabad, Welcome To The Neighbourhood are trademarks of LRR Technologies (Hyderabad) Pvt Ltd. The textual, graphic, audio and audiovisual material in this site is protected by copyright law. You may not copy, distribute, or use this material except as necessary for your personal, non-commercial use. Any trademarks are the properties of their respective owners. More on Hyderabad, India. Jobs in Hyderabad.