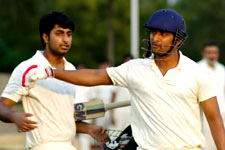 T J Reddy / fullhyd.com
EDITOR RATING
7.5
Performances
Script
Music/Soundtrack
Visuals
8.0
7.0
7.0
8.0
Suggestions
Can watch again
Yes
Good for kids
Yes
Good for dates
Yes
Wait for OTT
No
Please don't let the overanalyses and needlessly complicated words fool you - the homo-sapiens writing these reviews are people too. We whistle when Super Star Rajni's name comes up on the silver screen, we begrudgingly laugh at poorly constructed toilet humour, and we want our favourite actors and directors to make good movies. And we have seen many an actor who captured our imagination fade into oblivion as time has gone by. 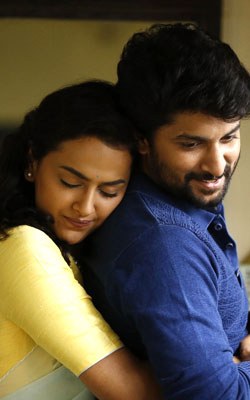 See Jersey full details
JERSEY USER REVIEWS
1 - 2 OF 2 COMMENTS
POSITIVE  |  NEGATIVE |  NEWEST  |  OLDEST  |  MOST HELPFUL  |  LEAST HELPFUL
USER RATING
9.0
1 USER
Performances
Script
Music/Soundtrack
Visuals
NA
NA
NA
NA
Can watch again - NA
Good for kids - NA
Good for dates - NA
Wait for OTT - NA
Vara on 28th Jun 2019, 10:30am | Permalink
I agree with your view TJR. Only thing I feel unsatisfying is the climax, I feel the end did not do enough justice to the sacrifice made by Arjun. I was expecting a little more sentiment, something like the son & wife of Arjun should broke down on stage knowing that they are partially responsible for Arjun's death.
TJ Reddy on 30th Jun 2019, 1:03pm | Permalink
I agree with your take Vara. Honestly, I felt the same as well. But when looking from Gautham Tinnanuri's standpoint, all of Arjun's highly emotional moments are drowned out. Think, Arjun turning away from his son when he is in tears and the train masking his jubilation when he gets selected. I'd guess the finale is low of melodrama to keep up the consistency in writing but with that being said, I'd have liked a more emotional ending too.
Raghu M on 26th Apr 2019, 11:00pm | Permalink
After the underrated "Malli Raava", Mr. Thinnanuri is back with this gem of a movie. And thanks to him, Nani the actor is back too. Well etched characters and wonderful performances. With due respect to TJR, I loved the child actor's performance, as much as the movie.
Meenakshi Sinha on 3rd Jun 2019, 7:35am
.
Bendict Comeinmyownhand on 4th May 2019, 8:51am | Permalink
Mr TJR...Is Nani our answer to Daniel Day Lewis?
TJ Reddy on 27th Apr 2019, 4:18am | Permalink
Finally another person who liked Malli Raava without too much reservation! Glad you enjoyed Jersey, Raghu. Another one in the club. I can't stop telling people to watch it and spreading the word.

On a different note, While watching the money stealing scene or spending the 100 rupees on cards, I was thinking, how much will they stretch the boundaries on how "low" a "hero" will stoop to.. For me Allu Arjun forcibly snatching the cash bag from the hands of a old man at the hospital from vedam was probably the "lowest"..
Meenakshi Sinha on 3rd Jun 2019, 7:36am
.
TJ Reddy on 11th May 2019, 2:23am | Permalink
The gambling sequence is definitely a good one. More than him gambling itself, I liked the payoff. The character dynamic it illustrates with his wife is a fantastic bit if writing where we are made aware of what his wife thinks of him and what his arc is without even a single line of exposition. Masterful writing there.