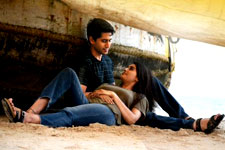 T J Reddy / fullhyd.com
EDITOR RATING
5.0
Performances
Script
Music/Soundtrack
Visuals
6.0
3.0
7.0
7.0
Suggestions
Can watch again
No
Good for kids
No
Good for dates
No
Wait for OTT
Yes
Before we get along with the review of Majili, let us tell the younger readers of our site about one of the greatest cricket matches of all time. We are of course talking about the final of the 2002 Natwest Series played between India and England.

Despite a star-studded Indian bowling attack, the Englishmen had posted a target of 326 runs. This was a time before 20-20 cricket was the norm and hence getting to a target of over 300 runs was a monumental task.

However, The Men In Blue seemed up for the challenge. Step up Virender Sehwag and Sourav Ganguly. With an assortment of boundaries and sixers, the opening duo peppered the English bowling contingent and had the ball flying around the storied Lord's stadium. When all seemed well, the two openers departed from the crease in quick succession, and soon after, Dinesh Mongia, Sachin Tendulkar and Rahul Dravid followed suit. India were 5 down at 146 and staring down the barrel waiting to be put out of their misery.

The cold British skies seemed a tad more unforgiving that day. Most fans were resigned to the fact that greenhorns like Yuvraj Singh and Mohammed Kaif would not be unable to succeed where their much more experienced counterparts had failed. The two young men standing at either ends of the pitch had a choice - follow the script and finish the inning with dignity added to defeat, or to go against the norm and script a story for themselves. What would they choose?

They chose to smash half-centuries each and win a famous match for India, everyone that wasn't English was happy, and we all found out The Prince of Kolkata has a luxuriously hairy chest.

Why is everyone looking at us like that? We told you the story. There was a beginning, a middle and an end. Were you guys expecting a more fleshed out deeply affecting ending with an epilogue that warms your heart? Well, Siva Nirvana chose not to do that with his latest film, so we figured we could follow the same line of narration ourselves, too.

With Majili, the writer/director tells us the story of Poorna (Naga Chaitanya), a happy-go-lucky young man with a love of cricket. He aspired to play for the Railway team and was in the process of working his way up to that goal. He fell in love with Navy kid Anshu (Divyansha Kaushik) over a series of encounters. He had a group of well-meaning friends and an absolutely delightful dad played by an equally delightful Rao Ramesh, and when everything seemed to be going well, tragedy struck.

A few years later, Poorna is shown being married to Sravani (Samantha Akkineni). His warm smile has been eclipsed by a cold stare and his youthful face has been replaced by one with a beard and drenched in depression. How did Poorna end up with Sravani? Why does she like him even though her feelings aren't reciprocated? What was Anshu doing when the man she loved set up a family with another woman? Will Poorna ever learn to love his doting wife? And why do we care more about Sravani when the film is centred around Poorna?

The answers to all these questions come thick and fast, simply because Majili tries to add too much character to its characters. Writer/director Siva Nirvana wants his audiences to understand the triumvirate of seemingly touching characters by touting their tenors, tenacity, tranquility and triumphs, but lost in the shuffle is an interesting collection of incidents.

The situations Poorna, Sravani and Anshu find themselves in are all reminiscent of movies from a time gone by. With no modern updates added to these cherry-picked sequences, Majili, too, feels like a film from a bygone era. While reminding an audience of traditional cinematic values, Majili forgets to be good cinema. It tells broad thematic stories about love, heartbreak, time, life, devotion, redemption and so on while never once focusing on one theme and constructing a story around it. The one thing the classics that inspired Majili had going for them was that they told crisp, clean, engrossing and emotionally resonant stories with little to no flab.

You could chalk up the movie's meandering central plot and many sub-plots to its reliance on altering perspectives. Anshu, Poorna and Sravani were not cut from the same cloth. One of these things is not like the other, and that becomes increasingly evident when the movie chooses to present its story from Sravani's perspective. With a quietly assured performance, Samantha adds a sense of purpose and emotional gravity, rooting Majili's plot in gritty realism. While looking at her world through her eyes, you see an emotionally distressed yet meditatively strong woman in love. Siva Nirvana's writing and direction excel while portraying her.

With Poorna and Anshu, the results aren't quite the same. Naga Chaitanya and debutante Divyansha Kaushik play wholly two-dimensional characters. With every shift in perspective, the film reminds you of how vacant and simplistic these characters are. Unlike the supremely likable Uma in the director's previous effort Ninnu Kori, Poorna is a discount Devdas.

Devdas was a role perfected by Naga Chaitanya's grandfather and reinvented for the present day by Vijay Devarakonda. Poorna is caught in the flux between being Devdas and Arjun Reddy, and that reflects in the third-generation man's uneven performance. Kaushik's accent is explained away with a reasonable line of logic, and for that the film gets a few brownie points.

A few more points can be shared between the film's visual and music departments. This is a well-made movie. The shots are smooth. The attention to continuity is exceptional. The house and colony the primary characters inhabit feel lived in and homely. The cinematography boasts of its understanding of scene geography, and all these good attributes combine to help us forget the overuse of slow-motion.

Gopi Sundar's apt soundtrack and Thaman's elegant background score (sans a Thalapathy cover) work seamlessly with the visual grammar of the film, and add to its nearly pristine presentation.

The usage of the term "nearly" is no accident.

With haphazard editing and severe pacing problems, Majili's many sub-plots become a cavalcade of cannon-sized ideas that fire off with all the intensity of an air-soft pellet. There is a difference between saying India mounted a historic comeback to beat the English on their home soil and explaining the circumstances as to how and why it was as historic as people claim it to be. There is difference between telling people that Devdas drank himself to an early grave due to unrequited love, and showing the mechanics as to why Devdas' story is an evergreen tragedy. Majili tells us that the characters in its story have experienced love and have endured pain. But apart from that of the least vocal character who shows and doesn't tell, we did not love feeling the pain of the characters.
Share. Save. Connect.
Tweet
MAJILI SNAPSHOT 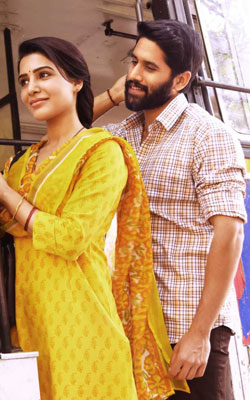 ADVERTISEMENT
This page was tagged for
Majili beach images hd
Telugu majili movies bowlind
Majili telugu movie
Majili reviews
release date
Follow @fullhyderabad
Follow fullhyd.com on
About Hyderabad
The Hyderabad Community
Improve fullhyd.com
More
Our Other Local Guides
Our other sites
© Copyright 1999-2009 LRR Technologies (Hyderabad), Pvt Ltd. All rights reserved. fullhyd, fullhyderabad, Welcome To The Neighbourhood are trademarks of LRR Technologies (Hyderabad) Pvt Ltd. The textual, graphic, audio and audiovisual material in this site is protected by copyright law. You may not copy, distribute, or use this material except as necessary for your personal, non-commercial use. Any trademarks are the properties of their respective owners. More on Hyderabad, India. Jobs in Hyderabad.