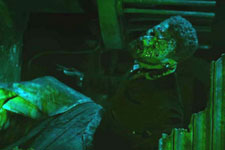 Veturi Sarma / fullhyd.com
EDITOR RATING
5.0
Performances
Script
Music/Soundtrack
Visuals
6.0
5.0
7.0
7.0
Suggestions
Can watch again
No
Good for kids
No
Good for dates
No
Wait for OTT
Yes
Kartik Subbaraj's Mercury is dedicated to all the silent filmmakers from Raja Harischandra to Pushpak in the opening credits, and to all the victims of corporate greed in its ending credits. These two are quite different sets of people, almost mutually exclusive, and in trying to cater to both, the film ends up neither here nor there.

In an unnamed town five youngsters attend a gathering to celebrate the closing of a Corporate Earth factory that was responsible for the mercury poisoning in the town that rendered them deaf and mute. This they do by drinking, dancing to music (though none of them could hear anything) and driving after midnight under the influence of alcohol. Naturally they run into problems when they accidentally hit a man (Prabhu Deva) who dies on the spot.

They panic and cover up by hiding the body in the factory, but circumstances force them to visit the site again, and they discover that the dead man isn't there any more. Then he comes for them with a murderous rage and ludicrous makeup, and he takes no prisoners. As the body count increases, the wafer-thin story line gives in to instant-gratification thrills and frantic survival attempts by the friends. It goes without saying that the movie doesn't end well for any of them.

Karthik Subbaraj reveals the plot layer by layer and builds the mood for the film quite nicely. Some of the thrills, jump scares and action set-pieces are very well done, and manage to keep you at the edge of your seat. The problem comes when the script reaches for heights it had no business aiming for the first place. As you perhaps know by now, Mercury has been made as a silent film, and that is mostly to its peril.

First, technically it isn't one, since a silent film should be one where nobody has to say anything. In Mercury none of the leads can speak in the first place, and some of the conversations have been muted just to keep the movie silent. That makes it all feel like gimmickry. Secondly, the background score and the sound design that amplifies even the minutest of the sounds never leave you through the duration of the film. While at times that is helpful in conveying the emotion, at other times it makes you long for some earbuds.

The film has been compared to Don't Breathe that released last year, and for good reasons too - both the movies feature a blind antagonist intent on unleashing fury on their perpetrators. However, Don't Breathe stuck more faithfully to the genre conventions and didn't try to be any more ambitious than it needed to be. And the rewards are there for everyone to see.

Also, the whole corporate greed thing - it's not that a slasher/horror movie shouldn't also showcase a social conscience, but this script isn't smart enough to weave it organically into the narration. By playing the message too loud, the movie squanders the opportunity to get the audiences feel for it altogether.

Prabhu Deva rampages around like he has been handed over a memo to act as an animal on acid in one of those creature flicks from Hollywood, and he is menacing enough in that grotesque makeup to look the part. As for the others, it is a tough ask for anyone to have to play a deaf-mute, and these are all probably newcomers, making it worse.

Whatever the issues with the movie, however, they don't take anything away from the fact that Karthik Subbaraj is an extremely competent filmmaker. He knows the medium well, and utilizes sound and production design pretty well to convey the dread and helplessness of his protagonists as relevant. Thirunavukkarasu's camerawork is top-notch, and the factory set is constructed with a lot of attention to detail.

At just over 100 minutes, Mercury is quite slick, and there aren't any dull moments until the final act ruins everything and leaves a bad aftertaste. That's just such a pity.
Share. Save. Connect.
Tweet
MERCURY SNAPSHOT 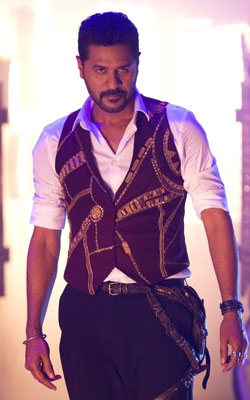 ADVERTISEMENT
This page was tagged for
Mercury telugu movie
Mercury reviews
release date
Prabhu Deva, Anish Padmanabhan
theatres list
Follow @fullhyderabad
Follow fullhyd.com on
About Hyderabad
The Hyderabad Community
Improve fullhyd.com
More
Our Other Local Guides
Our other sites
© Copyright 1999-2009 LRR Technologies (Hyderabad), Pvt Ltd. All rights reserved. fullhyd, fullhyderabad, Welcome To The Neighbourhood are trademarks of LRR Technologies (Hyderabad) Pvt Ltd. The textual, graphic, audio and audiovisual material in this site is protected by copyright law. You may not copy, distribute, or use this material except as necessary for your personal, non-commercial use. Any trademarks are the properties of their respective owners. More on Hyderabad, India. Jobs in Hyderabad.