"Ek Chhotisi Love Story" purports to be a sexualized thriller with a societal message concerning voyeurism, but in reality turns out to be more of an excuse to get Manisha out of her clothes. "Rear window" it ain't.

The film in summary: Hoping to get away from her implied upsetting reality, a lonely woman (Manisha Koirala) seeks solace in intermittent sexual escapades with her boyfriend, to be enjoyed in the privacy of her own apartment. Or so she thinks. Little does she know that she is performing in front of live audience, an infatuated Aditya (Aditya Seal), who's watching all her moves with the aid of a telescope, right from window of an apartment in the opposite. 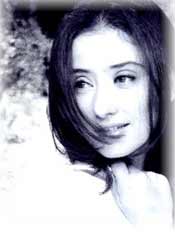 "Ek Chhotisi Love Story" has all the potency for making it a taut, psychosomatic thriller: a provocative theme (voyeurism), a claustrophobic setting and a skyrocketing talent (Nair, Aditya and Manisha). But somehow the movie gives you the feel of a work-in-progress; very few things are strongly developed, and others remain little more than a mystery. For instance, the reason behind Manisha's glumness is never revealed in the movie.

The biggest flaw in the movie as I see turns out to be the plot's failure to capture the terror of voyeurism. The film never delves into the invasion aspect, the psychological horror of having every private moment stolen by a voyeur. The kinky thrill and allure of voyeurism are fully explored, but not its darker, more serious side. 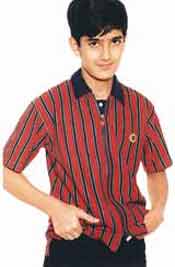 For a change, the intensity of the performances happens to be the only saving point of the movie, as far one can see. The capturing of Aditya's conflicting feelings about his voyeurism is skillful: he is at once fascinated and repulsed. Furthermore, Manisha is also surprisingly convincing as an insecure woman, proving that she can do more than uncross her legs (as in the movie).

Something I simply do not understand about film production: does calling an inane flick "Ek Chhotisi Love Story" consequentially give it more credibility than a title like, say, "Cleavage Patrol"? I believe that the filmmakers would have been better off (and considerably more candid) if the name of this movie were the latter, for then the intended audience would be obvious and instantly recognizable. 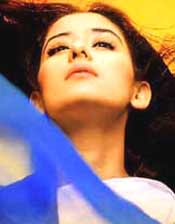 ADVERTISEMENT
This page was tagged for
oka chinna love story
Oka Chinna Love Story telugu movie
Oka Chinna Love Story reviews
release date
Aditya Seal, Manisha Koirala
Follow @fullhyderabad
Follow fullhyd.com on
About Hyderabad
The Hyderabad Community
Improve fullhyd.com
More
Our Other Local Guides
Our other sites
© Copyright 1999-2009 LRR Technologies (Hyderabad), Pvt Ltd. All rights reserved. fullhyd, fullhyderabad, Welcome To The Neighbourhood are trademarks of LRR Technologies (Hyderabad) Pvt Ltd. The textual, graphic, audio and audiovisual material in this site is protected by copyright law. You may not copy, distribute, or use this material except as necessary for your personal, non-commercial use. Any trademarks are the properties of their respective owners. More on Hyderabad, India. Jobs in Hyderabad.