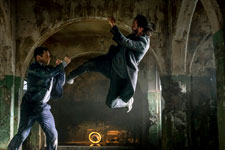 Punarvasu Pendse / fullhyd.com
EDITOR RATING
5.0
Performances
Script
Music/Soundtrack
Visuals
5.0
4.0
6.0
7.0
Suggestions
Can watch again
No
Good for kids
No
Good for dates
No
Wait to rent it
No
The Matrix trilogy are arguably some of the most influential films of our time, and not just in the context of science fiction. It seems like Warner Bros. have wanted to reboot the franchise ever since the trilogy first came out, and director Lana Wachoski has effectively broken the fourth wall to make fun of this very fact. The other half of the Wachowskis, Lilly Wachowski, is out of the picture for the fourth film.

Lana Wachowski is faced with the unenviable task of adding to the rich tapestry the sisters wove at the turn of the millenium, and her choice of not rocking the boat too much also means that The Matrix Resurrections is not as creative as its predecessors.

All hell breaks loose when rogue agent Bugs (Jessica Henwick) encounters looping old code within Anderson's video game, The Matrix. Bugs' investigation of the nodal anomaly leads to Anderson refusing to take his medication - and it is on.

The first film, The Matrix, was an action-packed thriller which put forward the notion of the Matrix illusory layer that masks reality. It was followed by The Matrix Reloaded which expanded upon the theory while exploring Neo and Trinity further. The third film, the weakest link of the trilogy, gave us the "truth" - humans exist as batteries for sentient machines while they fight a war against other space machines. Matrix Resurrections struggles from the get-go due to the fact that the audience is already aware of the illusion, and its payoff moments feel predictable. A film series known for its innovation has settled for a largely unoriginal plot by its fourth entry, which is a pity.

The best and the worst part of The Matrix Resurrection is how wonderfully self-aware the movie is. When at its best, it is illustrated by a wonderful scene in which Anderson's co-workers discuss what the Matrix means to them - and several ideas are thrown around. "It's about lots of guns and bullet time" (a reference to the radical visual effects and camera work of the 1999 film) says one employee, while others put forward opinions ranging from "mind porn" (a nod to the philosophical debate the trilogy sparked when it was released regarding choice and destiny) to "capitalism and politics" (talking about the red pill / blue pill ideology adopted by some people, that the Wachowskis have refuted and mocked). At its worst, however, lies a jarring amount of flashbacks sequences and clips from the previous movies.

The romance angle is pleasing to watch, though the chemistry between Keanu Reeves and Carrie-Anne Moss isn't as evident as it was in the previous films. The absence of Lawrence Fishburne is felt - Yahya Abdul-Mateen II isn't as imposing in the role of Morheus as Fishburne was. Jessica Henwick feels like a welcome addition to the crew, though her performance is stiff at times. Neil Patrick Harris grows on you as the film progresses, but Jonathan Groff as Smith is nowhere near as menacing as Hugo Weaving was in the previous movies. Jada Pinkett Smith's character seems hard done by, while Priyanka Chopra has a small albeit pivotal role.

Johnny Klimek's and Tom Tykwer's music is heavily influenced by the previous films, and even the trailer features usage of "White Rabbit" by Jefferson Airplane. 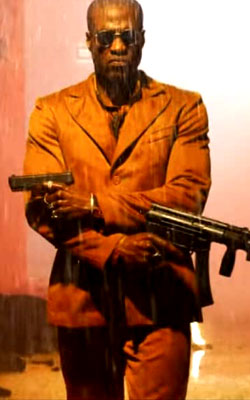 ADVERTISEMENT
This page was tagged for
The Matrix Resurrections - Hindi hindi movie
The Matrix Resurrections - Hindi reviews
release date
Keanu Reeves, Carrie-Anne Moss
theatres list
Follow @fullhyderabad
Follow fullhyd.com on
About Hyderabad
The Hyderabad Community
Improve fullhyd.com
More
Our Other Local Guides
Our other sites
© Copyright 1999-2009 LRR Technologies (Hyderabad), Pvt Ltd. All rights reserved. fullhyd, fullhyderabad, Welcome To The Neighbourhood are trademarks of LRR Technologies (Hyderabad) Pvt Ltd. The textual, graphic, audio and audiovisual material in this site is protected by copyright law. You may not copy, distribute, or use this material except as necessary for your personal, non-commercial use. Any trademarks are the properties of their respective owners. More on Hyderabad, India. Jobs in Hyderabad.