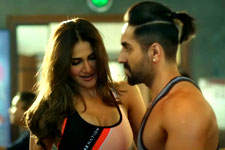 Punarvasu Pendse / fullhyd.com
EDITOR RATING
6.5
Performances
Script
Music/Soundtrack
Visuals
7.0
6.0
6.0
6.0
Suggestions
Can watch again
No
Good for kids
No
Good for dates
Yes
Wait to rent it
No
In Chandigarh Kare Aashiqui, we have yet another Ayushmann Khurrana-starrer that deals with a sensitive topic - the kind Indian people are uncomfortable talking about in a public setting - smartly packaged as a mainstream masala entertainer in order to appeal to the masses.

It's also quintessential Abhishek Kapoor fare. We all have a certain amount of respect for Kapoor, primarily because he respects the audience as much as someone from mainstream Bollywood possibly can. His movies, for the most part, do not require a very heavy suspension of disbelief. Chandigarh Kare Aashiqui is an offering that treads this path, with an ambitious social interest narrative that Kapoor almost manages to get right.

Manvinder "Manu" Munjal (Khurrana) is a fitness enthusiast from Chandigarh who spends all his time at the gym that he runs along with his friends, twins Riz and Jomo (Gourav and Gautam Sharma respectively). Manu is obsessed with winning the local bodybuilding competition after losing repeatedly to his rival gym owner, Sandy (Abhishek Bajaj).

Sandy's gym is also the more popular one in the locality, and the twins decide to rent some of the gym space to glamorous Zumba instructor Maanvi Brar (Vaani Kapoor) to both boost revenues and attract a more diverse clientele. Your typical boy-meet-girl story commences, Manu and Maanvi fall in love, and it is happily ever after. Or is it?

It takes a nuanced approach to deal with a subject as sensitive in nature as that of Chandigarh Kare Aashiqui, and mainstream Bollywood is not particularly known for portraying nuance. Chandigarh Kare Aashiqui has plenty of issues, including the obnoxious number of gendered slurs casually thrown around, and the objectification of both the lead characters, especially Maanvi (adding to it, would this film even be possible if Maanvi couldn't pass off as a cisgender woman or wasn't conventionally attractive?), a doctor - a psychiatrist, no less - making a comment that she corrected a "mistake" that Bhagwan made.

It is also a highly sanitised movie which tries to depict the issues faced by Maanvi without ever making the audience feel any kind of discomfort. There's a very brief moment in the middle of the film where it gets real and shines light on the experiences of Rupa (Nary Singh), a trans woman with a bachelor's degree in English who has to resort to begging on the streets. But the facade gets quickly re-established, and the character is there only to help the manly hero gain perspective. To be fair to the movie, though, it does acknowledge that Maanvi's character is wealthy and privileged, and that her experience is very different from those of transgender people of working class backgrounds.

Ayushmann Khurrana is at his best when dealing with mainstream films exploring complex social issues, and Chandigarh Kare Aashiqui is no different. But the real surprise for us was Vaani Kapoor - her portrayal of Maanvi is vulnerable, yet with a resolute strength that makes you root for the character. The supporting cast complement the two lead actors, but Kapoor is definitely the standout performer.

Chandigarh Kare Aashiqui goes overboard in trying to keep the tone light - hiding the social issue it is talking about behind loud music, dance and in-your-face comedy in order to not sound preachy. It eschews uncomfortable stories in favour of a commercial entertainer.

But that's the thing - it will reach out to the average viewer who walks into a theatre to get entertained, and maybe make them aware of their own prejudice. It will hopefully begin a conversation that will allow for a more nuanced take on the subject in the future.

Which is why we're happy that Chandigarh Kare Aashiqui exists, as a masala entertainer or otherwise. We hope people watch it, and that it makes them think.
Share. Save. Connect.
Tweet
CHANDIGARH KARE AASHIQUI SNAPSHOT 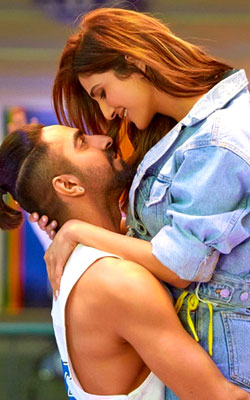 ADVERTISEMENT
This page was tagged for
Chandigarh Kare Aashiqui hindi movie
Chandigarh Kare Aashiqui reviews
release date
Ayushmann Khurrana, Vaani Kapoor
theatres list
Follow @fullhyderabad
Follow fullhyd.com on
About Hyderabad
The Hyderabad Community
Improve fullhyd.com
More
Our Other Local Guides
Our other sites
© Copyright 1999-2009 LRR Technologies (Hyderabad), Pvt Ltd. All rights reserved. fullhyd, fullhyderabad, Welcome To The Neighbourhood are trademarks of LRR Technologies (Hyderabad) Pvt Ltd. The textual, graphic, audio and audiovisual material in this site is protected by copyright law. You may not copy, distribute, or use this material except as necessary for your personal, non-commercial use. Any trademarks are the properties of their respective owners. More on Hyderabad, India. Jobs in Hyderabad.