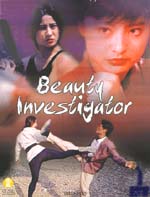 Avishek Gupta / fullhyd.com
EDITOR RATING
6.0
Performances
Script
Music/Soundtrack
Visuals
NA
NA
NA
NA
Suggestions
Can watch again
NA
Good for kids
NA
Good for dates
NA
Wait for OTT
NA
As is often said nothing goes down better than a cold bottle of blackmail to beat the heat. And seems like our babe here is caught up on the wrong side of the bottle. In a phone call, Lola (Franka Potente) learns that her boyfriend Manni (Moritz Bleibtreu) will be killed by a drug dealer unless she and Manni cough up $100,000 in the next 20 minutes. This sends her on a frantic dash for cash to the accompaniment of mod music and results in scenes of a lot of running.

Remember the film 'Groundhog Day' where Bill Murray played Phil, the sarcastic weatherman who got to redo the day several times until he finally performed it the magical way it was fated to happen? Same deal here, only instead of Phil the sarcastic weatherman we get the MTV treatment. We cheer for Lola, the cute hyperkinetic screaming bimbo with army boots, tattoos and color-dyed hair, as she high tails it to Daddy's bank. Lola's got 20 minutes to succeed, the stakes are deadly, and she doesn't get as many chances as Phil did. It makes for a fun and quirky collage as small details happen right and left, which keep changing the fate like shards in a kaleidoscope.

But apart from the fast pace and the unrelenting goof-ups of the lead pair, with a lot of Bollywood-type masala, this movie actually doesn't let you get bored. But what amounts to its unmaking is some rather stiff acting by the leads and some rather steamy, but very unwanted, scenes dumped on the story.

But going by their normal standards, this flick is a masterpiece, at least as long as only scripting is considered.
Share. Save. Connect.
Tweet
BEAUTY INVESTIGATOR SNAPSHOT

ADVERTISEMENT
This page was tagged for
Beauty Investigator english movie
Beauty Investigator reviews
release date
Franka Potente, Moritz Bleibtreu
theatres list
Follow @fullhyderabad
Follow fullhyd.com on
About Hyderabad
The Hyderabad Community
Improve fullhyd.com
More
Our Other Local Guides
Our other sites
© Copyright 1999-2009 LRR Technologies (Hyderabad), Pvt Ltd. All rights reserved. fullhyd, fullhyderabad, Welcome To The Neighbourhood are trademarks of LRR Technologies (Hyderabad) Pvt Ltd. The textual, graphic, audio and audiovisual material in this site is protected by copyright law. You may not copy, distribute, or use this material except as necessary for your personal, non-commercial use. Any trademarks are the properties of their respective owners. More on Hyderabad, India. Jobs in Hyderabad.