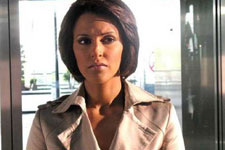 Ajay Kumar R / fullhyd.com
EDITOR RATING
6.0
Performances
Script
Music/Soundtrack
Visuals
8.0
7.0
7.0
5.0
Suggestions
Can watch again
No
Good for kids
No
Good for dates
No
Wait to rent it
No
Call it bad timing. Had the Centre demonetized the old currency bills a little earlier, the anti-hero of Moh Maya Money would have been inspired to con fewer people, take fewer lives and realize the safety his bourgeoisie lifestyle offered him. Anyway, the tangled, avaricious and excessively grim lives of the dark hero and his protagonist wife - not so long before the note ban - in Munish Bhardwaj's thriller do render a nerve-wracking viewer experience.

Honest and law-abiding Delhi-based Divya (Neha Dhupia) is a producer in a news channel. Her quirky husband Aman (Ranvir Shorey) is a real estate agent whose gluttonous appetite for money is intimidating to say the least. From the comfort of his cabin he scams customers, money-lenders and employers alike, with no compunction or fear.

However he loves his wife, and apparently all his malefactions are to make her comfortable. Divya protests at times, but doesn't push too much. And the unsuspecting wife has secrets of her own.

Later, Aman strikes a deal to trade company deals and insider details to a third party dealer for personal profit. But in order to take the risk, the dealer demands a security deposit of a few lakhs. And so, Aman borrows the sum in the form of cash from a money lender (Devendra Chowhan) with whom he has done several other dealings in the past.

But soon Aman's schemes and plots get busted. He gets fired from his job. His life takes a fall and the lender wants him "dead". And the only way to repay him is to, once again, commit a scam, but one that is easier and victimless, as per the protagonist. With a reluctant Neha's help, he defrauds the insurance company he has bought cover from for a humongous amount of money. But the journey from persuading the usurer to deceiving the insurance agent is marred by bribing, jealousy, betrayal, deaths, deception, gunshots and blood-curdling psychopathy.

Moh Maya Money epitomizes greed and corruption and everything that follows, in a dark, twisted and chilling account. And although this review mostly speaks of Aman's point of view, the narrative is written from the Divya's perspective as well, giving the female lead an overwhelming screentime. And thus you are left with two different worldviews to pick from.

Ranvir Shorey, who also acted in the critically acclaimed movie Mithya (2008) aside Neha Dhupia, slips into the character of a greedy sociopath on a guilt-ridden killing spree quite effortlessly. You will want to bludgeon him with your bare hands when he does something terrible, but will also empathize with him when he expresses remorse. Few actors can invoke anger and empathy simultaneously for a negative character.

Dhupia's Divya keeps you guessing throughout. The film keeps the mystery alive entirely through her, and it is on her shoulders that the protagonist's and many others' fates rest. You may find her expressions wooden in a few scenes, but that is what keeps the enigma of the movie fresh, and that is probably how a person with the burden of too many secrets would look like. Other actors including Vidushi Mehra (who plays one of the victims of Aman's misadventures) and Devendra Chowhan annoy you, but in a good way.

Harpreet Singh's background score creates the tension and anxiety necessary for adding heft to Shorey's and Dhupia's emoting, and to the leg-grabbing thrills. Jashguru, a.k.a. Arun Varma, does not put much effort into rendering good visuals, probably due to the budget constraints of the production house.

Moh Maya Money is bang for the buck with a neat script, near-perfect emoting, a strong premise, intelligent timing, enough thrills, and clean and methodical direction with nearly invisible plotholes. Ignore the length of the movie and have yourself a sleepless night with a lot to overthink.
Share. Save. Connect.
Tweet
MOH MAYA MONEY SNAPSHOT 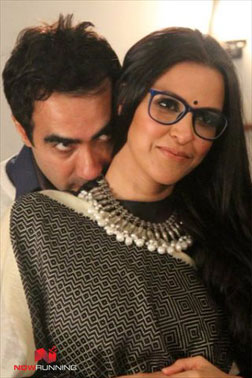 ADVERTISEMENT
This page was tagged for
Moh Maya Money hindi movie
Moh Maya Money reviews
release date
Neha Dhupia, Ranvir Shorey
theatres list
Follow @fullhyderabad
Follow fullhyd.com on
About Hyderabad
The Hyderabad Community
Improve fullhyd.com
More
Our Other Local Guides
Our other sites
© Copyright 1999-2009 LRR Technologies (Hyderabad), Pvt Ltd. All rights reserved. fullhyd, fullhyderabad, Welcome To The Neighbourhood are trademarks of LRR Technologies (Hyderabad) Pvt Ltd. The textual, graphic, audio and audiovisual material in this site is protected by copyright law. You may not copy, distribute, or use this material except as necessary for your personal, non-commercial use. Any trademarks are the properties of their respective owners. More on Hyderabad, India. Jobs in Hyderabad.