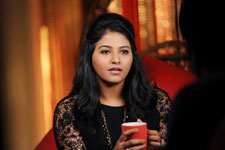 Kritika Deval / fullhyd.com
EDITOR RATING
6.0
Performances
Script
Music/Soundtrack
Visuals
6.0
6.0
5.0
6.0
Suggestions
Can watch again
No
Good for kids
No
Good for dates
Yes
Wait to rent it
Yes
The picking of nits may (will) come later, but this film deserves acknowledgement for two life truths it gets very very right:

1. Coffee is the very center of all existance
2. You cannot help naming something you feed

Now, for the story. Equipped with a gruesome murder, a struggling filmmaker, a vengeful spirit, and loads of entirely unexpected laughs, Geethanjali seems to have everything you've ever wanted from a movie. Srinu (Srinivasa Reddy) is looking for someone to fund his translation of a bizarre tale onto the celluloid, and the tale goes thus.

The aspiring filmmaker has just gotten off the proverbial red bus with a friend and is looking for a room in the city, which he finds almost immediately - a jewel of a 3-bedroom apartment in a nice area for a measly rent of Rs. 5,000. Although initially skeptical of the offer, especially after finding a graveyard right next to the building, Srinu is won over when his friend gets a job once they move in, and once when they turn on the TV that comes with the place, a commercial playing seems to be tailor-made to fulfill Srinu's dreams.

Soon, however, they find that the whole thing was a case of too-good-to-be-true when things start going bump in the night rather aggressively. One night, the food in the apartment vanishes rather mysteriously, and Srinu, surmising that the "ghost" likes food, starts leaving out fruits and bread and eventually biryani for the friendly neighbourhood spirit, thus embarking on a tentative truth.

Meanwhile, he's also pursuing a friendship with Anjali (Anjali - it's nice when reality and creativity go hand in hand), a beautiful girl he met on the way to Hyderabad with a penchant for hanging out at his place after midnight, and coffee.

Things seem to be going as well as they can when you're being ripped off by people claiming to be friends of director Dil Raju, and when your interactions with a spirit are so regular that you are compelled to give them a nickname. Then, one day, the police show up with a mysterious package and the keys to a room that was locked up, thus throwing this delicate balance out of, well, balance.

"So, who exactly is the ghost? What happened to her? What does Anjali have to do with the whole thing? Wait, have I been spending my nights making amazing coffee and entertaining the same ghost who keeps emptying my pantry in return for letting me live? And why exactly does that madman living downstairs insist that he can kill me with his car that clearly does not exist?" These are just a few threads stolen from Srinu's stream of consciousness as he does something that a saner person would have done right at the beginning of the film, i. e. pack up and run for his life.

The process of answering these questions, though, is more disappointing than we expected. Up until then, even though the plot was still riddled with clichés, the clichés were really self-aware and the ways they were dealt with were pretty unexpected. We were having so much fun, and then the makers had to go start thinking like everybody else.

Also, the humour tends to get exponentially more forced by the time the film gets to the end, taking even that away from the hapless viewers who are now stuck with a movie that first shattered their expectations and then met them with mind-numbing predictability.

Srinivasa Reddy is in his milieu, and makes the most of it. Anjali plays her own rather mysterious role with panache, but you wish she was around more often. Bramhanandam is entirely superfluous, and Harshavardhan Rane has surely found himself typecast in the role of eye candy - the kind generally relegated to women in Tollywood (yay, feminism?). The rest of the cast does what it is supposed to, with style and competence.

The music is good while it lasts, but will not stick with you once you're out of the theatre. However, one song that is entirely about coffee is kind of awesome, pumping your spirits up while simultaneously making you crave that amazing beverage. The cinematography is minimalistic and clever, leveraging the ability of the camera to enhance the imagination rather than overpower it.

In all, we liked Geethanjali, we really did. But we want more from our filmmakers, because we know they can do more, and because we're selfish.
Share. Save. Connect.
Tweet
GEETHANJALI SNAPSHOT 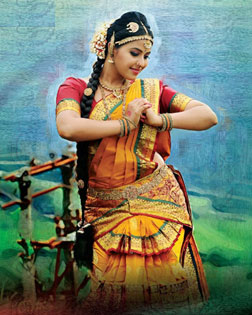 ADVERTISEMENT
This page was tagged for
Geethanjali telugu movie
Geethanjali reviews
release date
Anjali, Harshvardhan Rane
theatres list
Follow @fullhyderabad
Follow fullhyd.com on
About Hyderabad
The Hyderabad Community
Improve fullhyd.com
More
Our Other Local Guides
Our other sites
© Copyright 1999-2009 LRR Technologies (Hyderabad), Pvt Ltd. All rights reserved. fullhyd, fullhyderabad, Welcome To The Neighbourhood are trademarks of LRR Technologies (Hyderabad) Pvt Ltd. The textual, graphic, audio and audiovisual material in this site is protected by copyright law. You may not copy, distribute, or use this material except as necessary for your personal, non-commercial use. Any trademarks are the properties of their respective owners. More on Hyderabad, India. Jobs in Hyderabad.