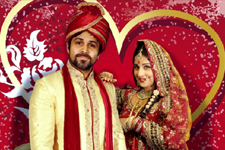 Ravi Kandala / fullhyd.com
EDITOR RATING
4.0
Performances
Script
Music/Soundtrack
Visuals
5.0
3.0
5.0
2.0
Suggestions
Can watch again
No
Good for kids
No
Good for dates
No
Wait for OTT
No
Promos for movies have a variety of tasks to accomplish. A promo must generate interest in the movie; it must give the audience some inkling of the story while not giving the plot away; it must show some of the juicy bits, ensuring that the audience believes that there's more, and finally; it must set the expectations of the audience right, regarding the genre.

They gave the audience an inkling of the plot - a man who commits a crime, stashes the loot away and loses his memory, his cronies who don't know if that is true or if he is playing them for fools and his fashion-addict unfashionable wife - while leaving enough room for suspense. Score 2. And that is where the score stops.

Point three. They showed us some juicy bits - it certainly seemed like there was more, until we saw the movie and realized that all the juicy bits had already been shown in the trailer.

Point four. They established the genre of the movie, as a "comedy". But it turns out that it is not a comedy, not even by a long shot. The fun in the movie is lost the moment it tries to become a mystery and everyone gets suspicious about everyone else.

The plot, if you have not divined it already from the promos, goes thus. Sanjay Athray (Emraan Hashmi) is a safe-cracker who's decided not to take on any more jobs. He leads an idyllic existence with his loud wife Neetu (Vidya Balan), who only wears clothes worn by models in Vogue and Cosmo, blissfully unaware of the fact that they look outlandish on her generous frame.

Sanjay is contacted by two small-time hoodlums - Pandit (Rajesh Sharma) and Idris (Namit Das) - to pull off a bank robbery, and is offered a prize of Rs. 10 crores.

The lure of money, and of buying a large LED TV, is just too much, and Sanjay gives in. The three pull off the robbery, in the funniest scene of the movie (starring Amitabh Bachchan, Dharmendra and Utpal Dutt), then decide to meet and share the loot after three months, and go on their separate ways.

Three months later, all hell breaks loose when Pandit calls Sanjay and asks for money. Sanjay reveals that he's had an accident and has lost his memory, and that hence, does not remember where he stashed the loot. Pandit and Idris decide to move into his house and to try everything under the sun, and then some, to get the loot back.

Do they get the money? Is Sanjay double-crossing them? Is all like it seems on the surface? Is Ghanchakkar really directed by the man who directed Aamir and No One Killed Jessica? Was the scene with Namit Das running in his underwear intentional, and was it supposed to be funny? Will Narendra Modi win over the masses? Will Sachin Tendulkar score another century? Do you really think that the last two questions would have been answered in the movie? If you do, then Ghanchakkar is for you.

The film has a very stop-start screenplay, that coughs and sputters along. The comedy in the beginning of the movie work well, but gets grating after a while. There are several loose ends that are never tied up, leaving the mystery incomplete. Many characters walk in and out of the plot without adding any value. The noir climax might also not find too many takers.

All the stars perform like they've been performing through their careers. Emraan Hashmi kisses, frets, fumes, makes monkey faces, and passes all of these off for acting. Vidya Balan pulls off a difficult role with her typical elan, mocking her own, heavily-criticised real-life fashion sense on screen. Rajesh Sharma and Namit Das play full-length supporting characters brilliantly.

Amit Trivedi's score is not very well utilized. The "Allah Meherbaan" number that comes in towards the end of the movie is completely misplaced. The movie is shot beautifully, and the limited locales never cause any fatigue.

All in all, Ghanchakkar is one film that will end up in the "could've been better" stack. The film's opening sequences are fun, but monotony sets in soon, and twists and turns that one would expect from the film never come in, making this a boring journey.
Share. Save. Connect.
Tweet
GHANCHAKKAR SNAPSHOT 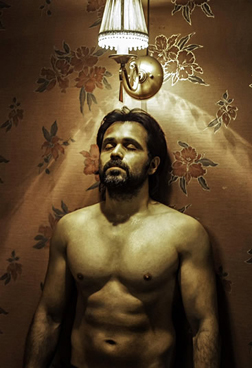 ADVERTISEMENT
This page was tagged for
Ghanchakkar hindi movie
Ghanchakkar reviews
release date
Emraan Hashmi, Vidya Balan
theatres list
Follow @fullhyderabad
Follow fullhyd.com on
About Hyderabad
The Hyderabad Community
Improve fullhyd.com
More
Our Other Local Guides
Our other sites
© Copyright 1999-2009 LRR Technologies (Hyderabad), Pvt Ltd. All rights reserved. fullhyd, fullhyderabad, Welcome To The Neighbourhood are trademarks of LRR Technologies (Hyderabad) Pvt Ltd. The textual, graphic, audio and audiovisual material in this site is protected by copyright law. You may not copy, distribute, or use this material except as necessary for your personal, non-commercial use. Any trademarks are the properties of their respective owners. More on Hyderabad, India. Jobs in Hyderabad.