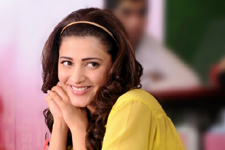 Deepa Garimella / fullhyd.com
EDITOR RATING
6.5
Performances
Script
Music/Soundtrack
Visuals
7.5
6.0
5.0
7.0
Suggestions
Can watch again
No
Good for kids
No
Good for dates
Yes
Wait to rent it
Yes
Okay, first up: Balupu is a very regular movie. The keywords here being "very" and "regular". The film suffers from all the ills that Tollywood chronically suffers from - a bunch of unrealistic and cliched characters, violence, absurd situations, dim-witted women who'd starve in a grocery store, loud comedy, louder songs and even louder song sequences, and so on.

Why it works is the comedy. The humour is not irresistible, or the insanely wacky Allari Naresh brand of comedy, but the laugh-a-minute approach to the story keeps an average, neutral observer from looking away.

The film opens with Lakshmi Rai, playing herself, being conned into dancing at a bachelor party, and running away from a bunch of potential rapists. Who should save her but Ravi (Ravi Teja), who promptly breaks bodies and sends the molesters packing.

Now Ravi and his gang are loan recovery agents in Bangalore. This gives the writers the perfect excuse to have them slap around people a lot. Meanwhile, Ravi's father (Prakash Raj) is so desperate to get him married that he's actually trying to pick up girls from the street.

The other characters living in Bangalore are Sruti (Shruti Haasan) and her uncle, Crazy Mohan (Brahmanandam), the two of whom get their KICKS (we said Kick - get it? A Ravi Teja movie reference? Yes? This is totally your kind of film, then!) out of conning young men struck by Cupid and Shruti Haasan's beauty. (Cue to the writers: Insert a sequence with Satyam Rajesh, and crack cruel jokes on his complexion and looks. Next, insert a sequence with a plump teen, and crack cruel jokes on his weight. No, seriously, it's incredible how these small-time actors allow themselves to be berated like this. Lack of choice, perhaps?)

Ravi now decides to outsmart Sruti and her uncle a lesson. Comedy ensues, and so does love. But the past comes tearing in through the gate, huffing and puffing and panting, with its tongue hanging out. You see, the second heroine must make her entry, must she not?

Balupu is a lively film, and credit largely goes to the writers for keeping it so. It's well-made, but its only problem is that is is unremarkable.

That said, the movie is targeted at easily-excitable audiences, those who like the kind of lines these people come up with ("Basic ga naa voice ki bass ekkuva", "Nenu casual ga kodithe casuality lokelthaaru, concentrate chesi kodithe coma ey"). English words are liberally thrown in, and most people seem to find these clever. The lines are not classy, and a few times border on the obscene. But surprisingly, some deep insights are visible sometimes ("Idhi Facebook generation, face chese generation kadu."). If this doesn't interest you, you can always giggle at all the slapping around.

The plot is quite fast-paced, and though predictable, doesn't get on your nerves. A couple of the emotional scenes work as well.

Most of the actors, except, of course, the comedy icons, and Prakash Raj, seem replaceable; and it is solely because of the wisecracks that audiences are kept hooked.

Ravi Teja is his usual self, and, for a change, doesn't bully the heroines. Meanwhile, both Shruti Haasan and Anjali seem to be cut out for better things than Balupu, but thankfully, they are not given the worst female roles in Tolly-land.

Anjali is anything but glamourous, but, in her limited time on screen, pulls off what can easily be called the film's best scene (we'd hate to give away spoilers, but it's in a hospital). She wasn't wholly kidding when she said she has a performance-oriented role in the film.

Haasan is well-turned out, and looks like she has decent comic timing as well. She also seems to have had fun shooting for this.

Ashutosh Rana looks younger than Ravi Teja, but, somehow, lends grace to the traditional villain's role. Adivi Sesh must be the hottest villain Telugu cinema has ever seen, but all they let him do is scowl at the camera from behind Ashutosh Rana.

Brahmanandam wears Angry Bird T-shirts and fools around, and is given a rather considerable presence throughout the movie. Taagubothu Ramesh and Ali do their usual thing.

In all, watch Balupu if you have nothing else to contribute to the economy. It's not a spectacular film, but it it entertaining enough to help you forget that you have worries in life. And that you once had a brain.
Share. Save. Connect.
Tweet
BALUPU SNAPSHOT 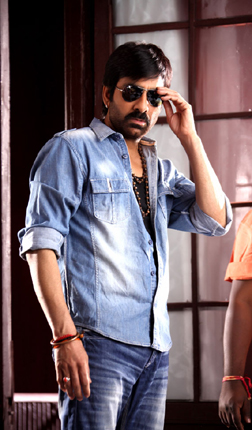 ADVERTISEMENT
This page was tagged for
Balupu telugu movie
Balupu reviews
release date
Ravi Teja, Shruti Haasan
theatres list
Follow @fullhyderabad
Follow fullhyd.com on
About Hyderabad
The Hyderabad Community
Improve fullhyd.com
More
Our Other Local Guides
Our other sites
© Copyright 1999-2009 LRR Technologies (Hyderabad), Pvt Ltd. All rights reserved. fullhyd, fullhyderabad, Welcome To The Neighbourhood are trademarks of LRR Technologies (Hyderabad) Pvt Ltd. The textual, graphic, audio and audiovisual material in this site is protected by copyright law. You may not copy, distribute, or use this material except as necessary for your personal, non-commercial use. Any trademarks are the properties of their respective owners. More on Hyderabad, India. Jobs in Hyderabad.