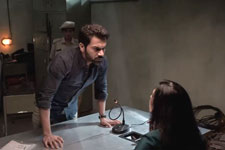 Punarvasu Pendse / fullhyd.com
EDITOR RATING
7.0
Performances
Script
Music/Soundtrack
Visuals
8.0
6.0
5.0
7.0
Suggestions
Can watch again
No
Good for kids
No
Good for dates
No
Wait for OTT
No
Like Jersey before it, HIT: The First Case is a faithful remake of a Telugu movie of the same name, and by the same director (Gowtam Tinnauri in the case of Jersey and Sailesh Kolanu in this one).

Director Sailesh Kolanu's undertaking of providing audiences with an authentic thriller is mostly realised with HIT. The movie also sets up for a sequel very blatantly - which shows a certain confidence in their own offering in its makers.

Vikram (Rajkummar Rao) is a police officer based in Jaipur, Rajasthan, assigned to the Homicide Intervention Team (HIT). He suffers from post-traumatic stress disorder (PTSD), whose trigger is the sight of fire, which causes visible stress. He is also a very observant detective, with a knack for sniffing out clues due to his penchant for paying attention to minor details.

Assigned the case of a missing girl, Preeti (Rose Khan), after returning early while on a break - the same case on which Neha (Sanya Malhotra), Vikram's girlfriend and colleague, heads the forensic investigation - Vikram notices that there is more to the case than meets the eye, especially with its connection to another case.

At a running time of a brisk 136 minutes, HIT: The First Case is a tightly-paced thriller that focuses on the whodunit with little to no time wasted on frivolities. The objective of director Kolanu seems to be to provide a gripping tale that has you on the edge of your seat, but it falters towards the end on that front. That is not to say it is a letdown - far from it, it is a frenetic, unpredictable film that just loses some steam in its final moments. The attention to the finer details of police procedure, a grasp of ethics and the obligations of public servants that gets displayed as the increasingly incensed cop gets a telling off from his colleagues and his superior, and a surprisingly nuanced handling of both the protagonist's trauma and the film's progressive beliefs, make this movie a refreshing watch.

On the topic of the film's progressiveness, there is a major plot change from the original Telugu version in this film, and it is unfortunately the weakest portrayal of said views. Neema Pramod points out in the review of the original Telugu version a powerful scene where Vikram and his colleague Rohit (Akhil Iyer in the Hindi version) accidentally bump into two men almost kissing, and notes that it normalises this in the subtlest manner - with no fanfare - and that it could have been a man and a woman and it wouldn't have changed a thing. The change, without spoiling anything, tries to do more of the same - but it is revealed at a very prominent moment in a very deliberate manner, and lacks the subtlety of the aforementioned Telugu film.

Rajkummar Rao is a force, being given enormous room to flex his acting muscles with a very meaty role. He dives into the character and makes it his own, perhaps only let down by how much everyone else bar his girlfriend and a colleague puts his character on a pedestal. It takes nothing away from his performance, though, which elevates this already well-made film.

Sanya Malhotra seems to be relegated to being a plot device unfortunately, and her character has literally one strong line that is not associated with her being the protagonist's partner. The supporting cast is great, with plenty of good performances from veteran actors like Shilpa Shukla, Sanjay Narvekar, Milind Gunaji and Dalip Tahil.

Honestly, this is the kind of movie which should not waste time on songs, but we are given a compromise with two life montages of the hero. There are no song and dance sequences, thankfully. John Stewart Eduri's score helps in keeping the tense atmosphere intact.

HIT: The First Case is a movie where the performances elevate a well-made but lingering murder mystery. Watch it for Rajkummar Rao, or watch it for the attention to detail and the no-nonsense approach. 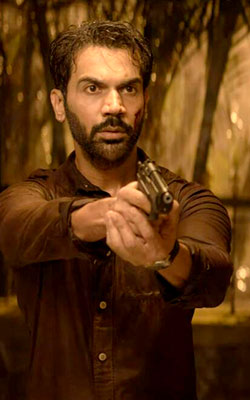 ADVERTISEMENT
This page was tagged for
HIT: The First Case hindi movie
HIT: The First Case reviews
release date
Rajkummar Rao, Sanya Malhotra
theatres list
Follow @fullhyderabad
Follow fullhyd.com on
About Hyderabad
The Hyderabad Community
Improve fullhyd.com
More
Our Other Local Guides
Our other sites
© Copyright 1999-2009 LRR Technologies (Hyderabad), Pvt Ltd. All rights reserved. fullhyd, fullhyderabad, Welcome To The Neighbourhood are trademarks of LRR Technologies (Hyderabad) Pvt Ltd. The textual, graphic, audio and audiovisual material in this site is protected by copyright law. You may not copy, distribute, or use this material except as necessary for your personal, non-commercial use. Any trademarks are the properties of their respective owners. More on Hyderabad, India. Jobs in Hyderabad.