I Am I (Thunderbolt) Review 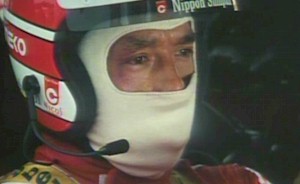 Feroz Hassan / fullhyd.com
EDITOR RATING
5.0
Performances
Script
Music/Soundtrack
Visuals
NA
NA
NA
NA
Suggestions
Can watch again
NA
Good for kids
NA
Good for dates
NA
Wait for OTT
NA
Jackie Chan and America didn't quite go well together, till recently. The couple of trysts that he had with Hollywood, turned out to be a huge disappointments. His appearance in Cannonball Run 2 didn't excite anybody. The Protector, dubbed in English and released there, went unnoticed. In this backdrop, this film (aka Piklik Fo) set in America for the most part, disappointments as well.

To begin with, Foh's (Jackie's) profession is not spelt out. By the looks of it, he is a car mechanic. Warner Krugerman aka Cougar (Thornston Nickel) is the bad guy who happens to be a car fanatic. Of course, he has never touched the rulebook when it comes to driving. His rash driving has the police on the tenterhooks. Foh comes to the rescue by running down Krugerman in a high-speed chase.

This sets up the two against each other. After wrecking Foh and his family, he challenges Foh to a race in Japan. Foh takes up the challenge and we are taken to Japan for the most horrendously organized race. It seems to have been reserved for the pedestrians who would like to have a crack at driving. Cars run into, over and through each other. By the end of it, even as Foh and Krugerman are stuck in the rubble, no one seems to be left to overtake them.

Somewhere in the midst of this, is Amy (Anita Yuen), a journalist who has nothing better to do than cover Foh.

The biggest letdown is the lack of comic relief. Jackie is as poker faced as he can ever be. His agility is never captured, except in a couple of scenes. The camerawork, so essential to the action scenes in such films, is funny to say the least. Performances are not to be discussed in Hong Kong movies, so I won't.

A Jackie Chan film that you wouldn't mind missing.
Share. Save. Connect.
Tweet
I AM I (THUNDERBOLT) SNAPSHOT

ADVERTISEMENT
This page was tagged for
I Am I (Thunderbolt) english movie
I Am I (Thunderbolt) reviews
release date
Jackie Chan, Anita Yuen Wing-Yee
theatres list
Follow @fullhyderabad
Follow fullhyd.com on
About Hyderabad
The Hyderabad Community
Improve fullhyd.com
More
Our Other Local Guides
Our other sites
© Copyright 1999-2009 LRR Technologies (Hyderabad), Pvt Ltd. All rights reserved. fullhyd, fullhyderabad, Welcome To The Neighbourhood are trademarks of LRR Technologies (Hyderabad) Pvt Ltd. The textual, graphic, audio and audiovisual material in this site is protected by copyright law. You may not copy, distribute, or use this material except as necessary for your personal, non-commercial use. Any trademarks are the properties of their respective owners. More on Hyderabad, India. Jobs in Hyderabad.