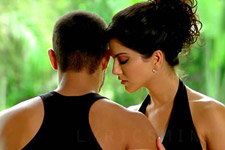 Kritika Deval / fullhyd.com
EDITOR RATING
3.0
Performances
Script
Music/Soundtrack
Visuals
2.0
2.0
3.0
5.0
Suggestions
Can watch again
No
Good for kids
No
Good for dates
No
Wait to rent it
No
"A Bimbo Of A Movie" is how we would describe this film (and not just for the obvious reasons), if we had only five words or less to do so. However, since we get a lot more space, you should go grab a hot mug of coffee and prepare to be entertained.

The story itself has all the ingredients that normally go into movies coming from the Bhatt camp - a pretty face, a hero with an agenda, a "formidable" enemy, sinister happenings and the works. The astoundingly incompetent treatment, however, screws up a movie that should, by rights, work. It has a frickin' porn-star to act as a porn-star in it, for heaven's sake.

This is how it goes. The scene opens with good-girl-gone-bad Izna (Sunny Leone) fornicating the living daylights out of an IB agent Ayaan (Arunoday Singh), who then recruits her to spy on a renegade cop, for an amount of rupees ten crore. As it turns out, the renegade in question is none other than Kabir (Randeep Hooda), an ex-flame whose smoldering embers she'd been nursing in her heart since the day he abandoned her.

According to Ayaan's superior, Kabir is now an assassin with a vast network which needs to be stopped. Izna's job is, of course, to find her way into his bedroom to get information stored on his laptop. Izna, who by this point already hates the guy's guts, agrees to do it, and so they set off for somewhere relatively close to the lion's den. As Izna makes further progress with the mission, the question that arises is who really the bad guys are.

And throughout the movie is that blancmange of a bosom, the true star of the movie, shown to you from every possible angle, dominating almost every frame.

The performances on part of everyone, including Randeep Hooda, are stilted to the extreme, with a distinct resemblance to acting done in school plays. The chemistry between characters, sexual or otherwise, is awkward. Arunoday Singh and Arif Zakaria are both extremely irritating.

The biggest let-down would definitely be the music. In fact, the whole film has a rather sordid feel to it, which is surprising considering how little actual sleaze there is in it. 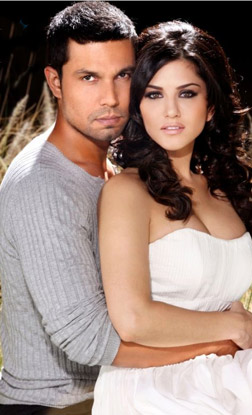