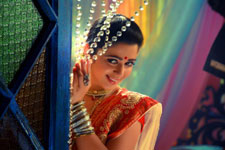 Ravi Kandala / fullhyd.com
EDITOR RATING
5.0
Performances
Script
Music/Soundtrack
Visuals
6.0
4.0
5.0
5.0
Suggestions
Can watch again
No
Good for kids
No
Good for dates
No
Wait for OTT
Yes
While most directors in Tollywood suffer from the second-half syndrome, Puri Jagannadh suffers from the first-half syndrome. Most of his films have a rambling build-up to the story with random character introductions, some comedy and some punch-lines. A case in point is the recent Temper where the second half (the last half hour, actually) saved the movie from turning a total disaster. Even Pokiri, the director's biggest hit ever, was taken to the next level thanks to the twist in the climax that made it all morally palatable to the audiences.

Jyothilakshmi suffers from the first half syndrome, too. The film starts off with Satya (Satyadev), a software engineer, who is on the look-out for a certain prostitute. He describes her as a mix of Samantha, Trisha, Kareena, Katrina, Alia and a few other heroines. He goes around all the usual places in town to find the girl. He finally finds her in an establishment in the old city.

He learns that her name is Jyothilakshmi (Charmme), and coughs up good money to spend the night with her. He walks into her room and tells her that he is in love with her and wants to marry her. Jyothilakshmi laughs it off, but the man is persistent. He returns every night until she relents and agrees to run away with him. He then marries her, but the couple face a lot of heat from the owners of the racket. How Jyothilakshmi emerges a messiah for all her ex-colleagues forms the rest of the plot.

Like we mentioned earlier, Jyothilakshmi takes its time to take off. It is only in the second half of the second half that the film actually begins to take itself seriously. The problem here is that when you see a young man walk into a brothel and tell a prostitute that he wants to marry her, you expect a strong motivation. When you see his sister supporting him whole-heartedly in this endeavor, you are now w-a-i-t-i-n-g. And when this backstory is wrapped up in a 5-minute flashback, everything you've seen so far and everything afterwards start making lesser and lesser sense. The second half gathers some momentum, but the cinematic solution that Puri offers seems like a copout.

Charmme acts in some scenes, overacts in some others, speaks in some, shouts in some others, dances in some songs, jumps like a silly girl in some others - overall, she puts in an inconsistent performance. The one thing you can't deny is that she works hard. Considering it is her money at stake, that much is expected, though. Satyadev debuts as a lead and is good. The supporting cast do a fine job, too.

The music is generally appealing. The film seems to be on a mission to give the audience a mindbender - it is shot nearly entirely in Goa, but everyone refers to it as Hyderabad. The least Puri (or his DoP) could've done is to skip shots with beaches and sand, or at least not show us signposts which say Goa. The movie is wrapped up in a limited budget and in limited locations. The run time is also limited, and as a result the film does not really bore you.

The one issue with movies like Jyothilakshmi is that they take up a serious issue and then give a completely filmy solution, diluting the potential gravity of the treatment. You'll also fail to understand why every heroine trying to prove her mettle has to act as a prostitute (with a heart of gold, of course).

Jyothilakshmi is neither engaging nor boring enough. Considering the quality of the rest of the fare out there, it would classify as a tolerable one-time watch.
Share. Save. Connect.
Tweet
JYOTHI LAKSHMI SNAPSHOT 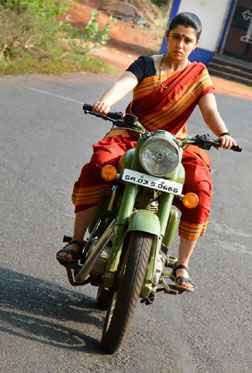 ADVERTISEMENT
This page was tagged for
jyothi lakshmi ass butts album
Jyothi Lakshmi telugu movie
Jyothi Lakshmi reviews
release date
Charmme Kaur, Sampoornesh Babu
Follow @fullhyderabad
Follow fullhyd.com on
About Hyderabad
The Hyderabad Community
Improve fullhyd.com
More
Our Other Local Guides
Our other sites
© Copyright 1999-2009 LRR Technologies (Hyderabad), Pvt Ltd. All rights reserved. fullhyd, fullhyderabad, Welcome To The Neighbourhood are trademarks of LRR Technologies (Hyderabad) Pvt Ltd. The textual, graphic, audio and audiovisual material in this site is protected by copyright law. You may not copy, distribute, or use this material except as necessary for your personal, non-commercial use. Any trademarks are the properties of their respective owners. More on Hyderabad, India. Jobs in Hyderabad.