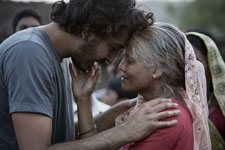 Vaishnavi Kulkarni / fullhyd.com
EDITOR RATING
8.5
Performances
Script
Music/Soundtrack
Visuals
8.5
7.5
8.0
9.0
Suggestions
Can watch again
Yes
Good for kids
No
Good for dates
No
Wait to rent it
No
Aided by stunning cinematography that juxtaposes the jagged beauty of India's diverse locales with the polished serenity of Australia, a musical score that sends shivers down the spine, and a minimalistic yet soulful screenplay, director Garth Davis makes a masterful debut in feature films with Lion.

The movie begins on a scenic and exultant note, with a free-spirited train robbing, jalebi cravings (something we can all relate to), and brotherly protectiveness and love. And yet, there is a curious sense of trepidation to the proceedings, a barely-there foreboding that pervades the initial playfulness. You feel yourself waiting for the other shoe to drop - and drop it does.

In a series of unfortunate events of the darkest kind, 5-year-old Saroo (Sunny Pawar) falls asleep in an empty train while waiting for his brother Guddu, ending up on a journey to hell. His plaintive cries of help into an echoingly empty train are gut-wrenching. What follows is an endless nightmare for Saroo - fleeing child-snatchers, warding off possible paedophiles, and scavenging dustbins for scraps of leftover food.

By a miraculous twist of fate, Saroo is adopted by Sue (Nicole Kidman) and John (David Benham) Brierley. In the cool mountain air of Hobart, Tasmania, he finally finds a home.

20 years later, Saroo is an Aussie through and through, but is still haunted by his beginnings, his need for closure. When a friend suggests a possible way of locating his former family, the niggling idea worms its way into Saroo's mind and grows into a consuming obsession.

The film drags a bit here, dallying with Saroo's spiralling descent into his fixation as he distances himself from the world and ruins his relationship with his girlfriend Lucy (Rooney Mara). Yet, this tear-jerker continues to tug at your heartstrings with evocative flashbacks and a lingering undercurrent of bitter nostalgia, enhanced by the stark and wistful dreams of Saroo. And in any case the last 20 minutes make up for even the few flaws in the rest of the narrative - they are stirring, poignant and full of heart, and you feel as if you are a part of the tale.

Garth Davis has managed to deliver a movie that is a worthy tribute to the story it is based on. And a good part of the reason is the cast. Newbie Sunny Pawar handles his meaty role in the first half with the ease of a veteran. His adorably childish voice, puppy-dog eyes and tousled hair can melt even the coldest of hearts, and the emotions he expresses feel raw and real.

Nicole Kidman's portrayal of Sue Brierley is commendable; her wonder and joy upon meeting Saroo for the first time are palpable, and her speech about choosing to adopt two lost, troubled Indian boys to give them a chance in the world is powerfully delivered. And with his tortured eyes and nervous energy, Dev Patel adroitly captures the struggle of a grown-up Saroo, torn between his past and his present, the two halves of his whole an ocean apart.

Google Earth (played by Google Earth), however, steals the show; it showcases its disruptive features and advantages, that helped unite an estranged mother and son, with a sentience that would have its creators in Silicon Valley placing their hands over their proud hearts while dabbing at shining, teary eyes.

Indeed, the indispensable role played by this software in Saroo's tale is a testament to the marvel of technology today - armed with a mere handful of distorted, 25-year-old memories, and driven by the ghosts of his past, Saroo Brierley could reunite with his lost Ammi, thanks to the path-breaking innovation.

This fairy-tale ending is the true beauty of this "story of a life lost and found". The movie wrings every last tear out of you. It constricts your heart like a vice until it's hard to breathe, but that just makes the smile on your face and the feeling of a weight being lifted off your chest when Saroo a.k.a. Sheru (Lion) returns to his home in the wild, that much more euphoric.
Share. Save. Connect.
Tweet
LION (ENGLISH) SNAPSHOT 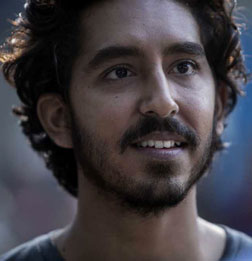 ADVERTISEMENT
This page was tagged for
Lion (English) english movie
Lion (English) reviews
release date
Dev Patel, Sunny Pawar
theatres list
Follow @fullhyderabad
Follow fullhyd.com on
About Hyderabad
The Hyderabad Community
Improve fullhyd.com
More
Our Other Local Guides
Our other sites
© Copyright 1999-2009 LRR Technologies (Hyderabad), Pvt Ltd. All rights reserved. fullhyd, fullhyderabad, Welcome To The Neighbourhood are trademarks of LRR Technologies (Hyderabad) Pvt Ltd. The textual, graphic, audio and audiovisual material in this site is protected by copyright law. You may not copy, distribute, or use this material except as necessary for your personal, non-commercial use. Any trademarks are the properties of their respective owners. More on Hyderabad, India. Jobs in Hyderabad.