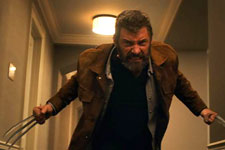 Vaishnavi Kulkarni / fullhyd.com
EDITOR RATING
9.0
Performances
Script
Music/Soundtrack
Visuals
9.5
9.0
8.0
8.5
Suggestions
Can watch again
Yes
Good for kids
No
Good for dates
No
Wait for OTT
No
The Wolverine is back, one last time. This time he's older, but fortunately not all that wiser - he is still the same reckless mutant we all know and love.

In the third and last installment of the Wolverine trilogy, Logan (Hugh Jackman) is in a gruffer and grittier avatar, and is seemingly a firm believer of the fact that full beards, and not manners (because even the presence of children fails to curb his colourful vocabulary), maketh a man. He is also out of hair gel, swapping out the signature Wolverine ducktails of his youth for a more sedate hairstyle.

But beneath the aged exterior is the heart of the man he has always been - one who is prepared to go to any lengths to protect the ones he cares about and who rains down vengeance upon his enemies. The best of the Wolverine movies and arguably the best X-Men film, this one will make you fall in love with Logan all over again.

The movie opens to a world in 2029, with our protagonist working as a world-weary chauffeur. His healing factor is no longer as powerful as it once was, in turn weakening him. He still has plenty of fight left in him, though - you do NOT was to mess with Logan or his limo. The vandals who do, soon find that out the hard way.

Logan leads a bleak life, hidden away with another mutant, Caliban (Stephen Merchant). Their priority is protecting Charles Xavier (Patrick Stewart), the once-brilliant Professor X, who now suffers from seizures and delusions on account of a degenerative brain disease.

When a young girl is forced into their midst through terrible circumstances, all hell breaks loose in Logan's world. The child, Laura (Dafne Keen), who shares some of Logan's distinctive features, is on the run from Donald Pierce (Boyd Holbrook), the perpetrator of a nightmarish experimental program - one which breeds mutants to shape them into deadly weapons.

The responsibility of returning Laura to her escapee friends and seeing her to safety falls on Logan's unsuspecting and unwilling shoulders. What follows is a race through casinos and countrysides, with fight sequences that keep you on the edge of your seat, moments of simple joy followed by heart-breaking tragedy, and more violence and gore than even Deadpool cared to show us.

Logan is a film that puts you through the emotional wringer. One minute you are cheering for Laura at the top of your lungs as she rips villains to shreds, and the next, you want to curl up and bawl your eyes out. The movie also reacquaints fans with characters they have cherished. For example, you watch Charles Xavier continue clinging on to his lifelong hope that mutants will be able to work for the good of the world and lead happy lives, trying to cling on to his fading dream as it trickles through his unsteady fingers like water through the cracks. And you see Logan swearing to stay out of trouble's way, and yet fighting with every ounce of strength left in his bullet-riddled body to save the people he loves.

Indeed, the film is a gut-wrenchingly fitting finale to the story of Professor X and his mutants, and it paves the path for a new saga to begin, about a new generation of X-Men.

The cast members give stellar performances. Hugh Jackman, reprising his best-known role, plays the part of the tortured man who has but one person he loves left in the world, to perfection. Dafne Keen is brutal and deadly, with all the reticence and mistrust of a child who has seen far too many horrors for her short years. Her moments of childlike innocence bring a smile to your face, while the emotions that pool in her eyes tug at your heartstrings.

Boyd Holbrook falls rather short as an evil scientific mastermind. With his retro sunglasses and flyaway blonde locks, he looks and acts more dashing than dangerous. On the other hand, Patrick Stewart steals the show. Every bit of humour and snark, every raw moment of remorse, feels utterly real. He plays his part as the frail yet strong nonagenarian in a way that is worthy of Charles Xavier's legacy.

Like in all Marvel movies, there is a cameo. Unlike others of its kind, though, this film features the comics that it is based on instead of their writer.

Logan the movie is a must-watch for fans of the franchise and casual viewers alike. The latter can enjoy a film with an intriguing plot and well-rounded characters. For those who fit into the former category, if you have been with Logan from the beginning, you owe Wolverine a goodbye - and deserve it, too. 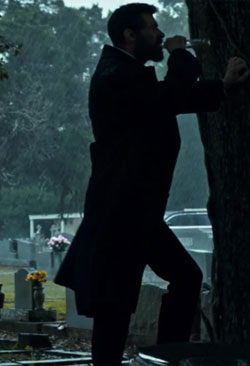 ADVERTISEMENT
This page was tagged for
film logan (english) 1 2 3 movie
Logan english movie
Logan reviews
release date
Hugh Jackman, Patrick Stewart
Follow @fullhyderabad
Follow fullhyd.com on
About Hyderabad
The Hyderabad Community
Improve fullhyd.com
More
Our Other Local Guides
Our other sites
© Copyright 1999-2009 LRR Technologies (Hyderabad), Pvt Ltd. All rights reserved. fullhyd, fullhyderabad, Welcome To The Neighbourhood are trademarks of LRR Technologies (Hyderabad) Pvt Ltd. The textual, graphic, audio and audiovisual material in this site is protected by copyright law. You may not copy, distribute, or use this material except as necessary for your personal, non-commercial use. Any trademarks are the properties of their respective owners. More on Hyderabad, India. Jobs in Hyderabad.