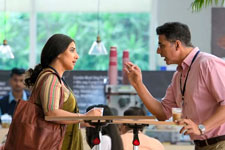 India's Mars Mission has been a point of pride and joy (and deservedly so) for a nation which has been previously mocked for its space program. At a cost of a little over Rs 400 crore, India managed to send an orbiter to the red planet in the country's very first attempt, which is no mean feat. Mission Mangal attempts to shed light on the work of the many scientists who worked on this project, and completely Bollywoodizes it all.

The plot is straightforward, and simple enough. Rakesh Dhawan (Akshay Kumar) is the director of an ISRO Mission which is unsuccessful, causing him to be put into what is essentially a punishment posting - the Mars Mission. Nobody in the country, including those at ISRO, think it is possible, and Dhawan sets out to prove everyone wrong with the help of his project director Tara Shinde (Vidya Balan).

It's a good thing that Mission Mangal was "inspired" by the real story, and was not trying to be a biographical film. Dumbing down is the name of the game here in every damn way - be it at ISRO where the Mars exploration team is situated in a run-down room (with a cat that Akshay Kumar speaks to, no less), or the ideas that the scientists come up with being based on ridiculously simple things such as frying pooris / waste plastic / rebooting a computer / getting into an autorickshaw, or focusing more on the domestic tales of the female scientists than their scientific acumen.

The other thing that plagues this movie is that none of the women (save Vidya Balan's Tara Shinde) is very strongly written. There is little nuance to any of those characters (including the male ones), and the "personal issues" that are supposedly for the audience to sympathise with these women end up being their defining traits. So, instead of scientists, we have a woman with a baby she may or may not want, a woman who wants to leave the Mars project to care for her injured husband but is convinced otherwise by him, a divorcee who doesn't get a rental apartment on account of her religion and marital status, a supposedly "modern" woman who has just broken up with her boyfriend, a man who is religious enough to almost want out of the Mars mission because of astrology, and an old man who just wants to wrap things up here before he can leave the country. Even Tara Shinde, as a character, has far too much camera time as a housewife than as a project lead for a space mission.

And therein lies the biggest problem with Mission Mangal - its progressive nature is only a front. The subliminal message in this movie is that it's okay to think outside the box only as long as you do it without shaking up the existing system. And it is for this reason alone that we cannot wholeheartedly endorse Mission Mangal.

Akshay Kumar's loud act is well-matched by Vidya Balan's calmer, level-headed approach. Kumar does want his actresses to shine here, à la Chak De, but the writers still give him more to work with than anyone else. Vidya Balan is quietly impressive, and her analytical approach to everything from rocket propulsion to dealing with her daughter defying curfew by going to a nightclub is a joy to behold. Sonakshi Sinha, much like Taapsee Pannu, does her best despite a script that gives her little to do (the polar opposite of her previous outing). The rest of the supporting cast, including Sharman Joshi, Nithya Menen, Kirti Kulhari and H G Dattatreya, do their bit without issue. The somewhat antagonistic Dalip Tahil is the punching bag here, balanced by a supportive Vikram Gokhale.

At just over a couple of hours, Mission Mangal doesn't feel very stretched. That being said, there are still a few scenes that seem wholly out of place, like a drunken episode in the metro, and basically every single song. While the Amit Trivedi and Tanishk Bagchi directed score is not bad, even the small, three-song track does not feel like it adds anything to the movie.

If you are in the mood for a family entertainer on a holiday, you could do far worse than watching Mission Mangal. But if you're truly interested in knowing more about our country's incredible achievement, you're better off watching the National Geographic documentary "Mangalyaan: India's Mission To Mars".
Share. Save. Connect.
Tweet
MISSION MANGAL SNAPSHOT 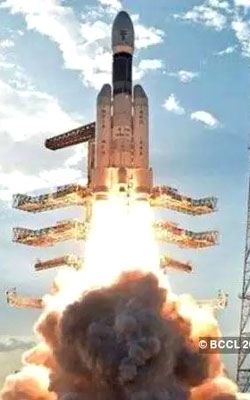 ADVERTISEMENT
This page was tagged for
fullhyd mission mangal
Mission Mangal hindi movie
Mission Mangal reviews
release date
Akshay Kumar, Vidya Balan
Follow @fullhyderabad
Follow fullhyd.com on
About Hyderabad
The Hyderabad Community
Improve fullhyd.com
More
Our Other Local Guides
Our other sites
© Copyright 1999-2009 LRR Technologies (Hyderabad), Pvt Ltd. All rights reserved. fullhyd, fullhyderabad, Welcome To The Neighbourhood are trademarks of LRR Technologies (Hyderabad) Pvt Ltd. The textual, graphic, audio and audiovisual material in this site is protected by copyright law. You may not copy, distribute, or use this material except as necessary for your personal, non-commercial use. Any trademarks are the properties of their respective owners. More on Hyderabad, India. Jobs in Hyderabad.