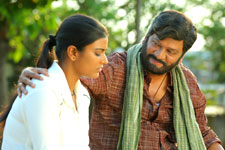 Neema Pramod / fullhyd.com
EDITOR RATING
6.5
Performances
Script
Music/Soundtrack
Visuals
7.0
5.0
5.5
6.0
Suggestions
Can watch again
Yes
Good for kids
Yes
Good for dates
Yes
Wait for OTT
No
2019 seems to be the year of cricket films - or rather, films in which cricket plays an integral role - in Telugu cinema. The seeds were sown in April with Majili, and the coming months saw films including Jersey and Dear Comrade hit the screens and win hearts. Kausalya Krishnamurthy is the latest addition to this bandwagon, and it is the "sportiest" film of them all - for its focus is almost entirely on the sport.

Ever since she saw her father Krishnamurthy (Rajendra Prasad) shed tears for India's loss in the 2007 cricket World Cup final as a child, Kausalya Krishnamurthy (Aishwarya Rajesh) has only dreamt of one thing - to make her father smile by playing for India and leading it to victory. Her father - a farmer - smilingly eggs her on, while her mother (Jhansi) does not approve of her daughter engaging in "improper" behavior such as playing with boys.

The film (a remake of the Tamil film Kanaa) follows the spirited Kausalya as she fights against all odds to achieve her dream, even as her family is crumbling under the weight of the debt incurred by them due to poor crop yield and harsh weather.

Kausalya Krishnamurthy draws inspiration from almost every sports movie ever made. The initial portions where Kausalya has to fight to rise above gender stereotypes has a Dangal hangover, whereas the second half - after the entry of Sivakarthikeyan's character (he plays a coach) - plays out like Chak De India. Even if you choose to ignore these similarities as part of the genre, Kausalya Krishnamurthy will still remind you of a dozen other underdog movies you would have come across in your lifetime.

But by the end of it all, you are left with a satisfied grin plastered on your face, for an underdog tale - no matter how clichéd - has the power to inspire you. For those two odd hours, your let your own problems melt away as you watch the hero/heroine emerge triumphant after overcoming all the obstacles on his/her way. And this is exactly the effect Kausalya Krishnamurthy manages to create within you, despite its shortcomings. It makes you laugh, weep and bite your nails in anticipation as you watch Kousalya slowly but surely edge closer to her goal.

The seamless manner in which the movie weaves the narrative of the hardships faced by farmers into Kousalya's tale is commendable, with the shift between genres feeling smooth and not forced (save for a preachy bit in the end). The film is also populated with a number of endearing moments - such as the scene where Kousalya's father is watching her play on TV while her mother keeps her eyes fixed on his facial expressions to make sense of the game, or the rousing scene where Kousalya's mother finally speaks up in support of her daughter - which makes it all the more endearing.

And then there is Kousalya herself, and the actress playing her. Aishwarya Rajesh reprises her role from the Tamil original, and she hits the ball out of the park. She has put her blood, sweat and tears into this role, and it shows. Not only does she manage to make her one-note character appealing with her nuanced performance (you don't really get to know anything about her except that she loves cricket and her father, and is stubborn and determined), she is also convincing as a cricketer. The fact that Kousalya has no romantic track (she barely glances at the love-struck boy who follows her around like a puppy) makes her character all the more refreshing.

Rajesh's impressive performance is backed by equally wonderful ones by actors such as Rajendra Prasad and Jhansi - who are a delight as Kousalya's parents. Prasad is especially impactful in the scene where he motivates Kousalya before her game while hiding his own pain. Sivakarthikeyan is good in his extended cameo, where he plays the same role he did in the original. The rest of the cast are perfect in their parts as well. Indeed, it is the performances that elevate the movie even when it hits a slump at some points.

As always, Bheemaneni Srinivasa Rao delivers a faithful remake, with the only changes being the setting and some of the supporting cast in order to make it more appealing to the Telugu audiences. The film is well-shot - especially the cricket portions which make your heart race. The songs by Dhibu Ninan Thomas are good and in tune with the mood of the movie.

Kousalya Krishnamurthy has its flaws - the primary ones being its predictability and the pace (the film takes forever to get started) - but it manages to entertain, thanks to the nature of its theme and the wonderful set of actors at its disposal, who sell even the dullest of lines with conviction. There are enough goosebump-inducing moments to keep you on your toes, and the movie leaves you with a pleasant feeling as you exit the cinema. If you enjoy cricket, and have a fondness towards underdog or women empowerment films, then this is a movie you shouldn't miss.
Share. Save. Connect.
Tweet
KOUSALYA KRISHNAMURTHY SNAPSHOT 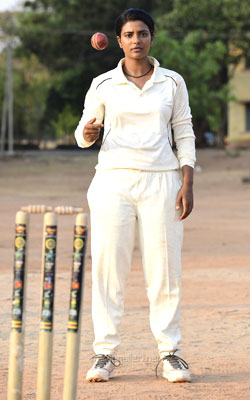 ADVERTISEMENT
This page was tagged for
kousalya krishnamurthy full movie movierulz
kausalya krishnamurthy Telugu movie download
Kavsaliya krishna murthy telugu movie songs.
kousalya krishnamurthy movie
Kousalya Krishnamurthy telugu movie
Follow @fullhyderabad
Follow fullhyd.com on
About Hyderabad
The Hyderabad Community
Improve fullhyd.com
More
Our Other Local Guides
Our other sites
© Copyright 1999-2009 LRR Technologies (Hyderabad), Pvt Ltd. All rights reserved. fullhyd, fullhyderabad, Welcome To The Neighbourhood are trademarks of LRR Technologies (Hyderabad) Pvt Ltd. The textual, graphic, audio and audiovisual material in this site is protected by copyright law. You may not copy, distribute, or use this material except as necessary for your personal, non-commercial use. Any trademarks are the properties of their respective owners. More on Hyderabad, India. Jobs in Hyderabad.