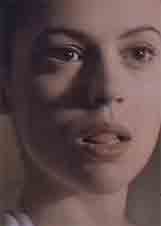 Arpan Panicker / fullhyd.com
EDITOR RATING
3.0
Performances
Script
Music/Soundtrack
Visuals
NA
NA
NA
NA
Suggestions
Can watch again
NA
Good for kids
NA
Good for dates
NA
Wait for OTT
NA
Sequels are almost always dampeners, and this one is no exception. Even worse so because the original itself had quite a few flaws. The next in the series, Poison Ivy 3, works at repairing the flaws of its two predecessors, but ends up creating new flaws. All in all, the Ivy series strives to create a new form of erotic thriller, but each of the three in it fails in its own distinct manner.

In some ways, this particular movie can be called the worst of the series. It strives to be a psychological thriller, tries to compensate for that with some soft porn, and finally fails on both fronts. Some say Drew Barrymore looked too innocent to play the part of the original Ivy. Milano is worse in that way. She looks like a little scared kid who is tentatively stepping out into the big, bad world. She starts out as a nice li'l girl, where she is very believable, but when her transformation into Ivy starts, it's pathetic. The only difference between the good one and the bad one is that the bad one has sex.

The story is as tiny as those strings that pass for bikinis nowadays. Lily is a good girl who joins an art school and lives in a shady place with lots of shady neighbors. She finds the diary of a girl called Ivy (now who could that be?), and decides to become like that. So she goes for a wardrobe change and has sex... not daring enough? Well, she has sex with two men. Not daring enough? Please go watch another movie.

The two men in question are a neighbor (Jonathan Schaech) and a professor (Xander Berkeley). They fall for the new, improved Lily and get totally possessive about her and... I'd rather not tell you the ending. The suspense is the only saving grace of the movie.

ADVERTISEMENT
This page was tagged for
English movie poison
Poison Ivy 2 english movie
Poison Ivy 2 reviews
release date
Alyssa Milano, Johnathon Schaech
Follow @fullhyderabad
Follow fullhyd.com on
About Hyderabad
The Hyderabad Community
Improve fullhyd.com
More
Our Other Local Guides
Our other sites
© Copyright 1999-2009 LRR Technologies (Hyderabad), Pvt Ltd. All rights reserved. fullhyd, fullhyderabad, Welcome To The Neighbourhood are trademarks of LRR Technologies (Hyderabad) Pvt Ltd. The textual, graphic, audio and audiovisual material in this site is protected by copyright law. You may not copy, distribute, or use this material except as necessary for your personal, non-commercial use. Any trademarks are the properties of their respective owners. More on Hyderabad, India. Jobs in Hyderabad.