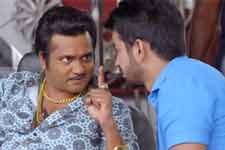 Ravi Kandala / fullhyd.com
EDITOR RATING
4.0
Performances
Script
Music/Soundtrack
Visuals
4.0
5.0
5.0
6.0
Suggestions
Can watch again
No
Good for kids
No
Good for dates
Yes
Wait for OTT
No
The runtime of Run is hardly about 105 minutes. Remove the shots of the sand pouring through the hourglass, of the ceiling fan and of the cigarettes being lit up, and it will come down to less than 90 minutes. Remove some of the slow motion shots and a further 10 minutes goes. And remove the songs are you're down to just about 60 minutes. Now in a film where a story needs to be told in 60 minutes, you would expect every minute to be action filled. Alas.

Run is about Sanjay (Sundeep Kishan), a guy who's lost his job and is looking for a new one. Meanwhile, he's borrowed money from Vaddi Raja (Bobby Simha) for his sister's wedding. On the day the plot plays out, Sanjay is supposed to return money to Vaddi Raja. He asks a friend for the money. His girlfriend, Amulya (Anisha Ambrose), calls him the same day and tells him that she's gonna leave home and wait for him to pick her up so they can run away. Amulya's dad registers a complaint in the police station that his daughter has been kidnapped. And Sanjay suddenly realizes that 5pm is his deadline to do a zillion things failing which his life and that of his girlfriend will be in danger.

In this situation, what would you expect Sanjay to do? Run around to get help in a desperate manner? He does exactly the opposite. Sanjay keeps sitting around in various places while philosophical voiceovers that he mouths play out in the background. He sits outside a store for ten minutes (as per the timelines displayed in the film), outside a house for ten minutes, in a restaurant for an hour while eating, and an extra half-hour in the same restaurant waiting for a friend to come and settle his bill. Even when the clock strikes 5, which is his deadline, he is sitting in a hospital next to an injured person who he tried to snatch a chain from. He does not get up and run at 5 - he just sits in the hospital sweating profusely. And this is what renders Run thoroughly unpalatable.

The story barely chugs along, and the hero does nothing to take the plot forward or resolve his own problems. The songs are one too many - while they only play out in the background, they are still speed-breakers in an already slow film. The heroine has one expression, and is not even given a chance to look glamorous. Sundeep Kishan mostly mutters all dialogues, and has a stock of two to three expressions that he uses to decent effect. The rest of the cast alternates between irritating and mildly entertaining.

The cinematography and other technical values are decent. How we wish the producers had also invested in a good editor who could make the movie gallop and not trot along.

A moping leading man giving us disappointed stares and spewing philosophy has rarely made cinematic history. Expect the same from Run. It is going to run out of theatres very soon.
Share. Save. Connect.
Tweet
RUN (2016) SNAPSHOT 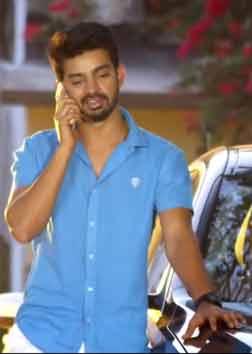 ADVERTISEMENT
This page was tagged for
Run (2016) telugu movie
Run (2016) reviews
release date
Sundeep Kishan, Anisha Ambrose
theatres list
Follow @fullhyderabad
Follow fullhyd.com on
About Hyderabad
The Hyderabad Community
Improve fullhyd.com
More
Our Other Local Guides
Our other sites
© Copyright 1999-2009 LRR Technologies (Hyderabad), Pvt Ltd. All rights reserved. fullhyd, fullhyderabad, Welcome To The Neighbourhood are trademarks of LRR Technologies (Hyderabad) Pvt Ltd. The textual, graphic, audio and audiovisual material in this site is protected by copyright law. You may not copy, distribute, or use this material except as necessary for your personal, non-commercial use. Any trademarks are the properties of their respective owners. More on Hyderabad, India. Jobs in Hyderabad.