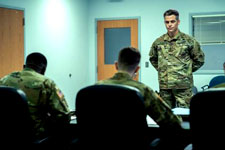 Punarvasu Pendse / fullhyd.com
EDITOR RATING
5.5
Performances
Script
Music/Soundtrack
Visuals
7.0
5.0
7.0
7.0
Suggestions
Can watch again
No
Good for kids
No
Good for dates
No
Wait for OTT
Yes
There's something about The Contractor that creates a sense of melancholy. It is a sign that the older, grittier action hero is dying as audiences lap up mainstream heroes and superheroes in worlds where there is always some kind of escape or comic relief. We are not going to be pompous here to call this a good or bad thing - it is just something that is happening within the movie business that is driven by audience interests.

The Contractor is the English language debut film of Swedish director Tarik Saleh, whose only previous foray into the language was an episode of the HBO drama Westworld. Tareh attempts to give us a taut action thriller that explores the dark military-to-mercenary pipeline that afflicts American war veterans, but seems to succeed only partially.

Decorated war veteran James Harper (Chris Pine) is faced with an involuntary discharge from the US Army Special Forces due to using controlled substances to treat his knee injury after multiple tours with the military. A change of guard in his unit causes a change in the "don't ask, don't tell" policy his unit previously adapted - and the only thing Harper is allowed to retain is his honour, with an honourable discharge but with no benefits or army pension.

With bills piling up and a young wife (Gillian Jacobs) and a child to take care of, the desperate James reaches out to his former colleague Mike (Ben Foster), who introduces him to the world of private military contracting. Assured by the confident Rusty Jennings (Kiefer Sutherland) that his dealings are all above board and that the money is not dirty and comes directly from the US government, James sets out on a mission in Berlin which will have devastating consequences for himself and his loved ones.

With a running time of just over a hundred minutes, The Contractor is a tightly-paced action thriller that sheds a light on the plight of American military veterans. Despite being a country that claims to be proud of its veterans, and where people endlessly thank the veterans for their service, the US doesn't often put its money where its mouth is, is what the film propounds. But this is also where the film starts faltering, as it starts ignoring the well-put-together background it crafts in favour of being a generic serious action film.

There is a certain bleakness to The Contractor, both in its story and the way it is presented, as also in its dialogues. Its characters, mostly ex-military and mostly men, speak only when necessary, offering little in terms of nuance or even motivation. What drives Harper, apart from his being exploited due to his desperation? He is a steely character who doesn't flinch in the face of even death, so what's stopping him from just getting on with the mission? We are told to believe in the fact that he starts doubting his employers after talking to a supposedly nefarious scientist, but we are given no indication that he is the kind of person that would develop such doubts in the middle of a mission.

The transition from the grim reality of an abandoned ex-serviceman to a gritty old action movie is not jarring. It creeps up on you, and soon you're struggling to understand the character's motivations that seemed crystal clear just moments ago. Ironically, that understanding is definitely jarring. This is not helped by the fact that despite its tightly paced direction and editing, the movie struggles to hold your interest once the script has its pieces set in place. It falls to the cast to hold that attention, and it is the one part of the movie that is not a let-down.

Chris Pine is far too talented to be languishing in direct-to-streaming-platform territory. He manages to channel the quiet fear of an experienced operator who is comfortable in combat situations but worries about his family's future very realistically. He has an easy chemistry with his co-star Foster, as previously seen in Hell Or High Water. Kiefer Sutherland has a small but meaty role, but Gillian Jacobs is wasted and has barely anything to do. The rest of the supporting cast is able, but the general tone of the script gives everyone precious little to say, even if most characters get to be part of the action at some point or the other.

The visuals are dark and gritty, and Alex Belcher's sombre score also goes in tune with Harper's conflicted mental state. There are a few upbeat songs, such as the one where Harper escapes after he is ambushed at the house of Virgil (Eddie Marsan). Using Sutherland's own rendition of Shirley Jean when his character Rusty first meets Pine's Harper is a particularly nice touch.

The Contractor is the kind of movie we suspect will end up more and more on streaming platforms, made for an older viewer who will actually watch it legally online. It is by no means a bad film, or even unentertaining, but it suffers an identity crisis that is sadly lost by "dark plight of ex-military contractors" and won by "generic gritty action film". Watchable, with some patience, and at times even thought-provoking - but you might as well wait for it to release on a streaming platform.
Share. Save. Connect.
Tweet
THE CONTRACTOR SNAPSHOT 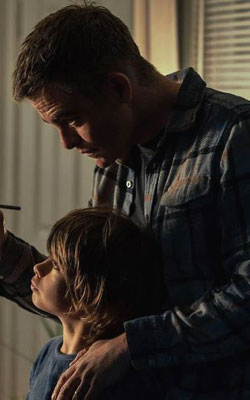 ADVERTISEMENT
This page was tagged for
The Contractor english movie
The Contractor reviews
release date
Chris Pine, Ben Foster
theatres list
Follow @fullhyderabad
Follow fullhyd.com on
About Hyderabad
The Hyderabad Community
Improve fullhyd.com
More
Our Other Local Guides
Our other sites
© Copyright 1999-2009 LRR Technologies (Hyderabad), Pvt Ltd. All rights reserved. fullhyd, fullhyderabad, Welcome To The Neighbourhood are trademarks of LRR Technologies (Hyderabad) Pvt Ltd. The textual, graphic, audio and audiovisual material in this site is protected by copyright law. You may not copy, distribute, or use this material except as necessary for your personal, non-commercial use. Any trademarks are the properties of their respective owners. More on Hyderabad, India. Jobs in Hyderabad.